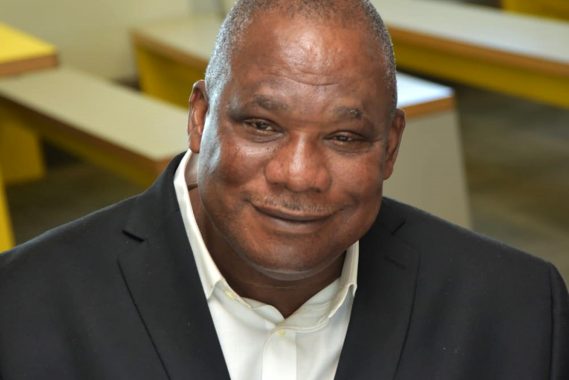 Tributes have been paid to two further GPs who have died with Covid-19, bringing the total number of GPs lost to the pandemic to 16.

Both GPs practised in East London and had emigrated to the UK to work in the NHS.

Dr Janakan Crofton, a partner at Dr Obaro’s workplace, Addison Road Medical Practice, told Pulse: ‘It is with great sadness that we report the loss of our colleague Dr Augustine Obaro who passed away on 1 January 2021 after a short illness as result of Covid-19.

‘In addition to his role at Addison Road Medical Practice, he has done a great of work for the out of hours services over the years. He continued with his professional development completing a postgraduate diploma in diabetes with the University of Leicester in 2015 and was currently completing further postgraduate education to become a trainer in general practice. Dr Obaro was very well liked by fellow staff and patients. This is a tragic loss of highly respected front line health worker in Walthamstow who is fondly remembered by the CCG, LMC and local GP organisations.’

Dr Crofton continued: ‘Dr Obaro also carried out a significant amount of humanitarian work, returning to Nigeria with his wife every year to spend time doing voluntary work to improve local healthcare provision in his native village of Ogori-Magongo. He was very involved with his community there and also supporting fellow African doctors in the UK.  His generosity and benign leadership qualities led to him being given the nickname ‘King’ from a young age.’

Dr Obaro, who joined the practice in October 2004, qualified at the University of Maiduguri in 1984. He continued working in Nigeria until 1999, and then moved to Kent to train as a GP.

He is survived by his wife Elizabeth and sons Raphael, Charles, Osebi and Christopher, and further described as being ‘sadly missed by patients, staff, colleagues, acquaintances and family throughout the UK, Africa and America’.

His patient, Dr Rebecca Lacey, added to Pulse: ‘Dr Obaro was such a great GP, especially with kids’.

Dr Abdullah, 68, moved to the UK from Iraq in 1985. He originally worked in internal medicine at Queen’s Hospital, Romford, where he and his family lived for a period and where he ultimately died after a month in intensive care. He went onto establish Rainham Health Centre, which he managed single-handedly.

‘He continued working constantly – ten sessions a week – and he survived the first wave and was really grateful for that, and kept working throughout this winter. He was doing lots of face-to-face consultations.’

In memorial, NHS Havering CCG chair Dr Atul Aggarwal said: ‘It is with deep sadness that we share with you the loss of a valued GP and member of Havering CCG, Dr Abdul-Razaq Abdullah to Covid-19.

‘Dr Abdullah was a sole partner at his own practice in Rainham and had worked in Havering for 30 years.

‘Above all else, he was a selfless and compassionate man who loved his patients and was popular and respected among his peers. His death is a tragic loss to our GP community.

‘I would like to offer my sincere condolences to Dr Abdullah’s family, friends and work colleagues. We are ensuring they are supported through this difficult time and I would like to thank GPs and practice staff from across our area for the support and compassion they are also providing.

‘Dr Abdullah’s family would like to express their thanks to the staff who cared for him in the intensive care unit at Queen’s Hospital, and his colleagues at his practice who are continuing his good work.’

Eight of the 16 GPs to have died with Covid were based in the East London or Essex areas, and all bar two were of Black, Asian or minority ethnic (BAME) origin.

Last month, the RCGP questioned why the BAME community is not being prioritised for the Covid vaccination.

Tributes to the GPs can be found here.

RIP timeless souls.
Well done to Pulse for setting in stone theirs and others’ legacy.

RIP
I may sound a bit premature: when this war is over , we should erect memorials for all these NHS and GP comrades .

I am afraid that more GPs will die as a result of no risk assessments. We know that male, BAMEs over 60 are the GPs most likely to die. Yet these are the doctors running my local “hot” clinics and putting in 10 sessions a week at the surgery.

Some of these doctors have stepped back and are protecting themselves. Others need to be protected from themselves. Doctors bleed as well. The out of hours service need to risk assess their employees. GP practices also have a duty to protect their doctors–that includes Partners.

In a previous life I ran the gauntlet, like many colleagues, of being under-resourced and poorly equipped, asked to risk my neck and “be a good chap” all in the interests of the “greater good”:
We were “led” by the kind of brain dead Ra-Ra F***wits who now run the country (you know the type – serially abused in home county public school gulags, educated far beyond their limited intelligence at Oxbridge).
Never again.
You want the job doing ? Pay us properly, equip us properly, give us the time and training and resources.
Otherwise, they can poke off.
Money talks , bull***t walks.

How terrible for these hardworking dedicated doctors and their families. A vaccine is weeks away too which makes this even more miserable.