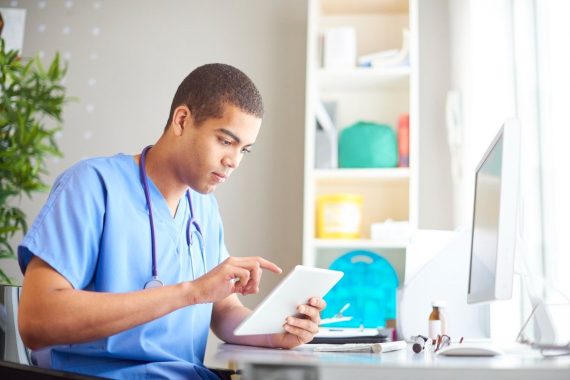 A total of 791 applicants are on the ‘reserve list’ for foundation training this year, after not being allocated a placement for FY1 – an increase of 300 on the previous highest total.

It is the highest number of medical graduates on the reserve list in the six years they have been recording numbers, according to the UK Foundation Programme Office (UKFPO).

The UKFPO said it expects that all applicants on the reserve list will be allocated to a post following other applicants’ withdrawals ‘as in previous years’.

Experts have said that this has highlighted the problems of creating extra medical school places without increasing the number of training positions.

Currently, 8,209 posts are filled, including the extra spaces that were made for the 2022 Foundation Programme.

Announcing this year’s allocation today, the UKFPO said: ‘The UKFPO can confirm that over 90% of applicants remaining in the process at the time of the national allocation have been successfully allocated to foundation schools, with 94% of primary list applicants being allocated to one of their top five preferences.’

But, on the 791 applicants on the reserve list this year, it added: ‘The UKFPO will be working closely with foundation schools and medical schools over the coming weeks to ensure suitable pastoral support is in place for reserve list applicants.’

‘It is expected that there will be applicant withdrawals shortly after the primary list allocation as experienced in previous years.

Deputy medical director at Health Education England (HEE) Professor Liz Hughes said: ‘There have been record numbers of applicants for the 2022 Foundation Programme. Although the statutory education bodies have increased the number of foundation posts available, we recognise that 791 students have been placed on the reserve list.

Writing on Twitter, Dr Steven Alderson, an anaesthetist, wrote: ‘When I worked at HEE, it was recognised at the very top that the opening of new medical schools and the rise of private medical schools would lead to oversubscription of F1. There was no plan to increase F1 places.

‘Instead, the plan was to create a national medical licensing exam which would allow candidates to be ranked. The NHS would get “only the very best”… What filtered down from the Department of Health was a desire to “liberalise” the medical labour market – particularly as more & more students paid their own way, via increasing fees.’

BMA medical students committee co-chair Khadija Meghrawi told Pulse: ‘We have made it clear to government that all medical graduates should be guaranteed foundation placements, but now we have a situation where a record number are left with unnecessary uncertainty about where they are headed this August.’

She added: ‘As medical students ourselves, we personally feel for our colleagues. Medicine requires resilience, and our future careers as doctors are a huge source of motivation for us to keep going. In a time where student mental health is declining, this additional source of uncertainty and anxiety is particularly unfair.’

‘The BMA will continue to lobby for more long-term solutions to this problem and work to guide students through this stressful time.’

It comes as the number of fully-qualified, full-time equivalent (FTE) GPs in England is continuing to drop, with the BMA warning the development is both unsafe and unsustainable.

Meanwhile, after admitting that the Government is ‘not on track’ to meet its election pledge of 6,000 extra GPs by 2025, health secretary Sajid Javid said he would ‘wait and see’ where it gets to.

The House of Commons Health and Social Care Committee is currently undertaking an inquiry which will examine whether the training period for doctors could be reduced, and if the cap on medical places for students could be permanently removed.

Send them out to help the GPs. I’m sure we could find a use for them.

Modernising medical careers mark 2 ?! My two flat mates who were not allocated a training PRHO place took there eventual jobs cobbled together along way from home of course. They were so disenfranchised that the following year upped sticks to NZ together with their doctor partners and have returned . They are very happy by all accounts! We would love to help out but the systematic failure in primary care real estate infrastructure planning means that there is no space to house them let alone the exodus of talented disenchanted GPs to help train supervise and nurture them into the mould of a modern competent supported and supportive consummate professional

Some of these may not complete UG training in time for August; some may decide to take a year out, some may be mopped up by Hospitals wanting to avoid the converse situation of having empty posts at the start of August. NHS should be able to guarantee to give all of them a job within their Deanery area or Home Region for the first 2 years. If not, there are other countries who need them, and that would be a sad loss to the NHS.

“Health secretary Sajid Javid said he would ‘wait and see’” i.e. asleep at the wheel.

If we can have these newly qualified students in GP surgeries for their FY1/FY2, they will be well trained and hopefully join GP training following this.

How on earth are you going to take an F1 into GP? – when they can’t structure a history, examination and plan? They don’t even know what microgynon, sertraline, naproxen, otomize or daktacort is. Let alone a 2ww.
Put them in A+E then GP.
At least they have 4 hours to train for the most part.

We have been piloting training in Primary care from FY2 and teaching FYI students. All of the 800 could be placed in primary care. Why does General Practice hand over training of GPs to hospitals – most medical students have spent their 5 years training mainly in the acute sector already. I am also not sure many of the specialties would be reciprocating and handing over specialty training to primary care. Time for the RCGP to show confidence that its future workforce can be trained in primary care, from the moment of qualification as a doctor.

Quite agree Patrufini.
Even GP trainees off the scheme, struggle with the complexities of general practice and balancing the different diseases, conflicting pathways, and family requests !

If they can sit upright and hold a stethoscope we’ll take one.