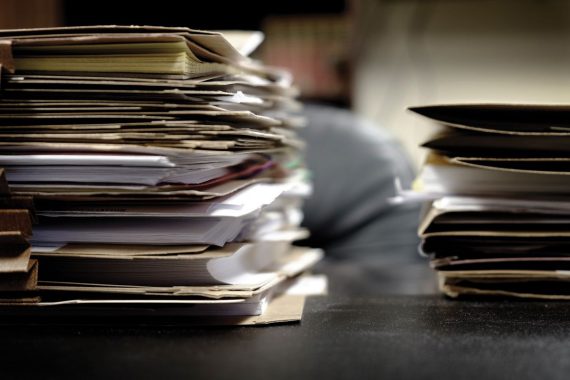 Calls to end ‘unresourced’ workload dumping onto general practice are among motions to be debated by Welsh GP leaders this weekend.

The BMA Wales LMCs conference is to be held on Saturday, where delegates will also debate measures to ensure patients waiting for secondary care treatment are kept in the loop.

Bro Taf LMC will argue that there needs to be a ‘firm commitment’ there will be ‘no inappropriate unresourced transfer of secondary care work to GMS practices’ as a response to increasing hospital waiting times.

Morgannwg LMC has also called on GPC Wales to ‘consider a mechanism to cost for secondary care workload transfer’.

And delegates will hear that there are ‘significant levels of concern’ about delays in accessing care and that health boards should set up systems to communicate directly with patients, without involving their GP practice.

Other proposals to be brought at the meeting in Cardiff that highlight the pressures facing general practice include:

It comes as England’s GP leaders also called for an end to secondary care workload dumping at their LMC conference in November.

And NHS England last month claimed that GP ‘advice and guidance’ (A&G) services – which have been referred to as workload dumping by GPs – avoided more than one million ‘unnecessary’ hospital attendances.

BRO TAF: That this conference is seriously concerned about the increasing hospital waiting list and times.
i. urges urgent action from the Welsh Government to provide safe and timely patient care.
ii. a firm commitment that there will be no inappropriate unresourced transfer of secondary care work to GMS practices.

MORGANNWG: That conference calls on GPC Wales to consider a mechanism to cost for Secondary Care workload transfer.

AGENDA COMMITTEE: As the Welsh NHS begins the process of recovering from the impact of the pandemic, conference highlights the significant levels of concern felt by patients and GPs about the delays in accessing secondary care and calls for:
i. Health boards to ensure there is public access to clear and accurate information dashboards for secondary care waiting times.
ii. Welsh Government to direct LHBs to communicate directly with patients on waiting lists to clarify realistic waiting times.
iii. Welsh Government to ensure that patients are automatically copied in to all outpatient communication letters between secondary and primary care unless there is a clearly documented reason why this would not be appropriate.
iv. Health boards to put in place a patient liaison system to handle patients’ queries relating to secondary care (including referral waits and delays to care) without involvement of the GP practice.

NORTH WALES: Conference recognises that the administrative workload for GPs is increasing even faster than the clinical workload and calls for formal guidance to ensure that time for this is anticipated and built into job plans and partnership agreements.

MORGANNWG: That conference calls for GPC Wales to ensure that the BMA/RCGP safe working level guidance is adhered to, and the impact on Primary Care acknowledged, and a working agreement is implemented between Emergency Department, WAST, Secondary and Primary Care.

GWENT: Conference demands that no primary care physician should be left to deal with a WAST failure of attendance leading to implications for providing individual patient care and access for other patients. Such significant incidents should be reported and investigated by each responsible Health board.

GWENT: This conference demands that WAST cease the practice of refusing ambulance requests from GPs for patients who have been clinically assessed to need an ambulance but who are not categorised as a priority. Conference asks that for all patients where there is no practical transportation alternative, WAST accepts the patients details in order for them to remain in the queue until there is capacity for an ambulance to be sent.

BRO TAF: Conference calls on Welsh Government to suspend the QAIF for another year as the pandemic continues and the workload of General Practice has significantly increased beyond normal with the easing of lockdowns.

Covid vaccinations to be incorporated into routine immunisation programme in Wales