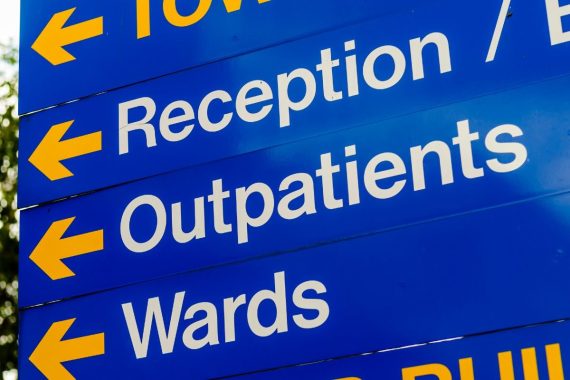 Exclusive Local GP leaders have warned that the taking over of a second ‘large’ practice by a hospital trust in January poses a ‘serious risk’ to the future of general practice.

A second GP practice has integrated with North Staffordshire Combined Healthcare NHS Trust, with all GPs moving to salaried roles, Pulse has learned.

It has emerged that Holmcroft Surgery in Stafford joined the trust, which already runs another practice, in January this year.

Moorcroft Medical Centre and Moss Green Surgery were merged into a single practice and taken over by the trust in 2018.

However, a local LMC warned the move was ‘detrimental’ to patients.

This comes after Pulse reported last week that Government officials have visited a similar ‘vertical integration’ model in Wolverhampton – where a trust runs nine practices – to explore ‘alternative ways to deliver primary care’.

Dr Mark Williams, primary care clinical director for North Staffordshire Combined Healthcare NHS Trust, told Pulse that Holmcroft Surgery was experiencing ‘succession problems’ and staff – already aware of how the trust had supported Moorcroft – decided this would be the best option for them.

Two younger partners remained and they ‘felt unable to cope without the support of the trust’, he added.

Moorcroft Medical Centre had also come on board due to succession problems with the partners wanting to make sure ‘the practice was in good hands’, Dr Williams said. It was recently rated ‘outstanding’ for leadership by the CQC.

Like other vertical integration models, the practices’ GMS contracts are still held by the GPs and subcontracted to the trust, but Dr Williams is also a signatory on both contracts.

Dr Williams, who is also a GP partner at a practice not integrated with the trust, told Pulse he was keen to make sure the Staffordshire model offered protection for partners and that they could leave easily if they wanted to.

He said: ‘The trust does not approach anyone – we’re not trying to take over any practices, it is about supporting primary care.’

The move has however sparked concerns among local GPs, with South Staffordshire LMC warning that the vertical integration model poses a ‘serious risk’ to the future of general practice.

An email sent to LMC members on 23 February and seen by Pulse said: ‘In our area, we have now seen two large practices, one in the north and one in the south, vertically integrated with North Staffordshire Combined Healthcare Trust.

‘Not only is this detrimental for our patients [and] continuity of care, but a serious risk to the future of general practice as a profession.’

The email urged any members ‘struggling with succession planning’ and who ‘might be considering vertical integration as a way out’ to contact the LMC for support.

South Staffordshire LMC chair Dr Manu Agrawal told Pulse: ‘I think from our perspective, the partnership model is the bedrock of general practice, which is the bedrock of the NHS. With vertical integration and also PCNs there is a risk to the independent contractor status, which in itself would be a big threat to the whole functioning of the NHS.’

He added that the main aim of the email was to invite partners to discuss their options with the LMC to ‘try and keep general practice within the independent contractor status’.

North Staffordshire LMC secretary Dr Chandra Kanneganti told Pulse: ‘I still think independent contractor status is the way to go, but if some practices feel that they want the support by becoming bigger super surgeries, or want support from the vertical integration partners, then they should seek advice from the LMCs first to make sure it is the right model for them.’

In January The Times reported that Sajid Javid is planning a review of primary care that could see GPs incentivised to join up with trusts in a model like that in Wolverhampton. Under Wolverhampton’s integrated model, nine GP practices subcontract their GMS contracts to the trust.

A think-tank report – backed by the health secretary – has since recommended that the GMS contract be phased out by 2030, with most GPs becoming employed by hospital trusts.

Get out of the PCN. Now.

My understanding is that they are paying significantly more per patient to run these practices. Perhaps Pulse could investigate that?

Has anybody thought of the pension ?
I work for a trust so it’s something I know a lot about.
Trusts will be officer pension so the dynamisation on your GP practitioner pension will be lost unless you do a locum a year for a standard GP practice . Be very careful ! I’ve seen people lose 5k plus a year pension for not understanding this .

I expect them to fail. Only because GP partnership’s give Hugh amounts of ‘unpaid’ time and when this is quantified then our value might be acknowledged.

A drowning GP clutches at a straw.
If surviving partners cannot recruit replacement partners, then partnerships are doomed to fail.
The remaining partners face last man standing unlimited liability, so will gratefully accept any crumbs from the Trust’s table if it saves them from financial oblivion and bottomless workload.
Practices merging may hold the fort for a few years, but even if you scramble into a lifeboat when your ship sinks, you still need to be rescued by a bigger boat.
Vertical Integration with a Trust may be far from perfect, but if the alternative is inevitable doom then many GPs will snatch their hands off.

Pulse Editor
I would be really interested in hearing from the Partners who made this decision and for those working for the larger organisation generally ( especially Salaried GPs). Have been in a pretty desperate situation like this recently myself I had to look at ALL options – this was not an option then but would be interested in a balanced article looking at the pros and cons as I suspect this is where we heading

Maybe this will recruit those poor GPs who are desperate to find an alternative to their current hell. But I struggle to see how it will solve the broader recruitment problem. Surely, this work pattern is even less attractive than the established ones??
I don’t understand. Except maybe Dunning Kruger at work again…

At least when the Hospital takes over the GP – you can get a Marks and Spencer and Starbucks in the reception area. And maybe even a parking meter for your staff.

“Through scale, there are considerable agglomeration benefits which can accrue.”
So says the Policy Exchange report, At Your Service.
That’s clear then. Prepare to be agglomerated…