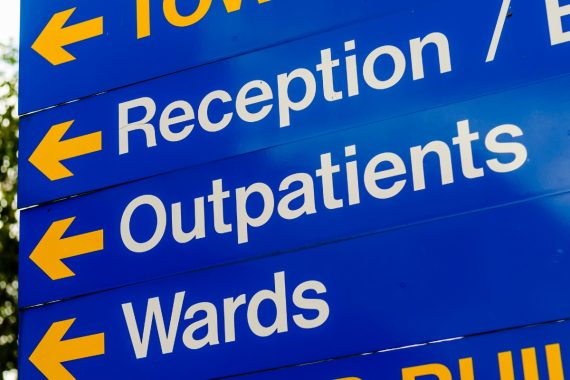 Prime Minister Boris Johnson will focus on ‘making access to NHS care quicker and easier’, as he moves on after winning a no-confidence vote.

In the vote held yesterday evening, 59% of Conservative MPs voted to say they still have confidence in the Prime Minister – however, 41% said they do not.

In a statement, the Government said Mr Johnson will address his Cabinet today to ‘pledge to continue delivering on what matters to the British people’.

The statement said he will ‘call on ministers to drive forward progress on the government’s priorities – easing financial pressures on families, making access to NHS care quicker and easier, making the streets safer and levelling up and uniting the country’.

Yesterday, former health secretary Jeremy Hunt came out against the Prime Minister in the confidence vote. He lost against Mr Johnson in the most recent Conservative leadership election, and is tipped as a top contender when the next one comes around.

The vote about Mr Johnson’s future as Prime Minister was triggered after a sufficient number of Tory MPs expressed their loss of confidence this weekend.

Mr Johnson was accused of having broken the ministerial code after he was fined by the Metropolitan police, despite earlier having told MPs in the House of Commons that no rules had been broken.

But Mr Johnson’s will be facing an uphill battle to improve GP waiting times, with his pledge coinciding with Pulse’s revelation today that half of the existing workforce is intending to retire at or before they reach 60.

Well THAT will be interesting to watch. It’s taken some years and multiple factors to hobble and degrade GP to this point – CQC, A&R, GMC, complaints, media vilification, rising demand from multiple complex chronic diseases, consumerism, litigation, pensions – the list is long and suffocating.
For anyone – even a PM – to be able to make the changes large enough and wide-ranging enough to even slow down, let alone halt or reverse these changes in a timescale sufficient to avoid meltdown is just not feasible.
And no, the answer is not “working at scale” or Acute Trust takeovers. Or any other BS re-organisation snake oil.
How on earth did we let this happen to us?

The statement said he will ‘call on ministers to drive forward progress on the government’s priorities – easing financial pressures on families, making access to NHS care quicker and easier, making the streets safer and levelling up and uniting the country’.

Public are being taken advantage of, deceived, misled, taxed and exploited in the name of keeping a liar in his job.

Roy Lilley on the promised 40 hospitals

The truth about the 40 hospitals…

* ‘New’ has been redefined to include refurbishment and alterations to old hosptials.
* Of the 40; 22 are rebuilding projects.
* 12 are new bits, grafted on to existing hosptials.
* Three are for non-urgent care.
* There are only three ‘new’ hospitals… two general hospitals and one non-urgent care hospital.
* DH+ imbroglio in this misdirection say; ‘”we have committed to build 48 hospitals by 2030, backed by an initial £3.7bn”… actually, to build a new hospital costs half a billion.
* The New Hosptial Programme people have a ‘playbook’; seven communications people, through whom all press notices, from Trusts, must be ‘cleared’ [Page7], coordinating the misdirection.
* The independent Infrastructure and Projects Authority give the NHS projects a red RAG-rating.
* Shortages in construction materials, unexpected custom’s duties, energy costs and inflation are all impacting the construction sector.
* Brexit has created workforce shortages.

There are not going to be 40 new hosptials…