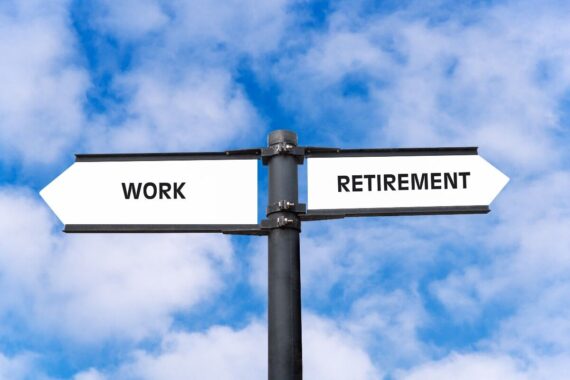 Exclusive Half of the existing GP workforce plans to retire at or before the age of 60, a major Pulse survey has revealed.

Respondents gave a number of reasons why they wanted to retire early, with the most common factors being burnout and workload, although problems around pensions have also been a significant reason.

The snapshot Pulse survey is the latest in a long line to suggest GPs are retiring earlier, although the latest survey shows a greater appetite than previous ones.

A Pulse survey in 2020 revealed pensions taxation prompted nearly 40% of GPs to consider early retirement. Meanwhile, a BMA survey this time last year showed that well over a third of GPs (36%) were considering early retirement within the next 12 months, as doctors were overwhelmed by an ‘avalanche’ of workload hitting practices.

Warrington GP partner Dr Martin Whitenburgh, who aims to retire at 50 to 55-years-old, told Pulse: ‘The sooner I leave this mess the better. I don’t recognise the job anymore and wouldn’t recommend it to anyone pursuing a career in general practice.’

A salaried GP, who wished to remain anonymous, told Pulse they also aim to retire between 50 and 55 as they ‘cannot sustain the workload’.

They added: ‘Two of my close friends, both excellent GPs, have left the NHS due to the workload and stress. One has gone to BUPA and the other to an insurance provider. It’s all about politics, not funding primary care properly – encouraging the public to think private is the way forward.

‘Conscientious doctors are leaving because they can’t/won’t do a bad job for the patients but the current system doesn’t allow them to do their jobs properly. Ten-minute GP appointments are no longer fit for purpose.’

Another anonymous survey respondent told Pulse that their uncertainties over when to retire as a GP ‘were plagued by the Government’s ever-changing outlook on retirement age, the growing complexities of the NHS pension scheme (once touted the best private pension scheme in the UK), ferocious GP workload and bureaucratic pressures, among other determinants’.

The Government needs to ‘start taking notice of what surveys like this show’, as well as address ‘bureaucratic barriers for our international colleagues’, she said.

Dr Anane told Pulse: ‘On top of unprecedented workload leading to burnout, complex and punitive pension taxation rules that can leave senior doctors facing eye-watering and unexpected charges if they stay in work longer mean family doctors are not only exhausted and disenchanted, but also absurdly financially punished for continuing to look after their patients.

‘As a result, they are reluctantly voting with their feet by reducing hours or deciding to retire early, and the impact on patients cannot be underestimated.’

Professor Martin Marshall, chair of the RCGP, said: ‘The number of highly-trained, experienced GPs planning to leave the profession early is concerning but not altogether unsurprising given the intense workload and workforce pressures GPs and our teams are working under on a daily basis.

‘Good work is ongoing to encourage junior doctors to choose general practice, and these efforts have been successful. But if more GPs are leaving the profession than entering it, we are fighting a losing battle. We need to see just as much effort going into making general practice an attractive and sustainable career for existing GPs, so they can continue delivering frontline patient care in the NHS and mentoring the next generation of family doctors.’

New data from the NHSBA, obtained by Quilter through a Freedom of Information (FOI) request, revealed that 8,902 NHS staff were awarded pension benefits in April 2022, more than double the month before and the highest monthly figure on record.

Of the 8,902 NHS staff, 1,839 were Actuarially Reduced Early Retirement (ARER), meaning they were claimed before standard retirement age. It remains unclear how many were GPs.

NHS pension specialist at Quilter Graham Crossley said: ‘Although our data does not delve into the specific reasons for the exodus from the NHS, we are hearing that healthcare workers are simply exhausted, feel undervalued and want out of the NHS for a better quality of life.

‘It has been said that chronic workforce shortages are seriously undermining efforts to recover from the pandemic. The situation could become significantly worse if the calls to address issues with NHS pensions go unheeded.

‘We are already seeing the upward trends in the number of members retiring early or retiring at 60, when once they might have considered continuing to work past their original normal retirement age. The perverse rules, such as the upcoming disastrous tax bills due to inflation, serve to hasten decisions to leave the NHS.’

GP pension experts have recently warned that an average GP could be hit by a ‘nightmare’ £33k tax bill due to the ‘unfair’ way inflation is applied to their pension.

Pulse survey: At what age do you intend to retire?

The survey was open between 25 February and 3 March 2022, collating responses using the SurveyMonkey tool, with GPs across the UK asked to respond to these particular questions. It featured a range of questions on various topics. This question was answered by 823 GPs. The survey was advertised to our readers via our website and email newsletter, with a prize draw for an £100 John Lewis voucher as an incentive to complete the survey. The survey is unweighted, and we do not claim this to be scientific – only a snapshot of the GP population

Can thoroughly recommend, best thing ever did was change from Partner to 1/2 time salaried. Will be completely gone from this “shitfest” by end of year.

Only regret is likely user of the NHS rather than delivering services.

i went in 2007, after having a DVT in my right (dominant) arm, a Hb of 5G%, MCV of 50, and a serum iron too low to measure. four consultants told me that if i continued to run my rural, single handed, dispensing practice covering over 100 square miles by myself, i would be high risk, and i should “get help with my workload”.

when i approached our LHB (welsh equivalent of PCT), i was told “you’re either working or you’re not – get on with it”. so i resigned then and there.

i now locum two days a week, and i’m as happy as a pig in shit.

unfortunately, the practice was then closed by the same LHB – presumably to prove their point that it was an “expensive luxury”.

google “ferryside” to see how rural it is.

i’m 72, running off one lung capacity, and now do a maximum of 2 days a week. i have as stress free a life as you can get for a GP, and would heartily recommend getting out as soon as you can.

remember – it is NOT YOU who is letting down your colleagues and patients. in reality, you only work in the shop – you are not responsible for running the shop. if the people running the shop make stupid decisions, there is NOTHING THAT YOU CAN DO ABOUT IT !

lovely chatting to you all – but i’ve got a vintage car that needs my attention. it doesn’t abuse or assault me, doesn’t try and stitch me up, and show it’s appreciation for my input by rewarding me handsomely for all my care !