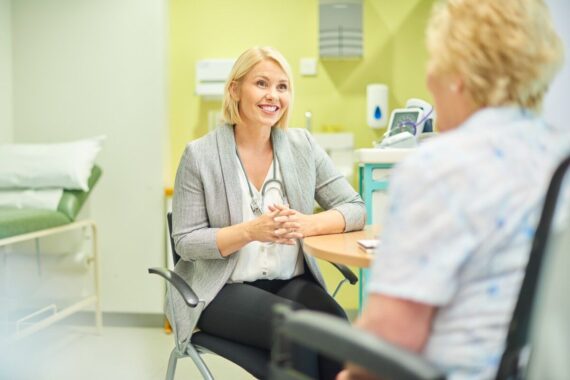 The way to drive positive change in primary care would be to leave GPs and their teams alone, the author of a landmark ‘stocktake’ review has said.

Dr Claire Fuller made the comments to the House of Commons Health and Social Care Committee today during an evidence session on the future of general practice.

She told committee chair Jeremy Hunt the Government should trust GPs more to allow them to succeed.

Dr Fuller said: ‘The way to drive change in primary care is actually to create teams, give them a clear remit, create the environment for them to succeed and leave them alone. It’s actually to enable teams to work in a high trust environment.’

She also suggested that some areas need to look at GP partnership model alternative, something health secretary Sajid Javid has shown support for.

Dr Fuller said: ‘The partnership model works very well where I currently work. I’m very much of the view, if something is working, don’t mess with it.’

She added: ‘But there are a lot of areas around the country where it isn’t. We’ve talked about the inverse care law already this morning and it is for those areas where I think we need to look at something different, because it’s our most vulnerable people that are not served well by the current model.’

Mr Hunt also asked Dr Fuller: ‘How [do] we make sure that there is accountability downwards to patients with our primary care structures, and not just accountability upwards to NHS England?

‘Is that actually possible, without dismantling the millions of targets that are imposed by NHS England, whether directly in terms of national waiting times targets, or indirectly through things like the QOF system, which GPs have to follow like a straitjacket if they’re going to get paid for their services?’

Dr Fuller referred to an April 2022 Kings Fund global literature review about how you bring about change within general primary care.

She said: ‘What it showed, which won’t be a surprise to any GPs that are here, was actually in England more than anywhere else in the world, we have relied upon centralised financial incentives to drive change. And there is very little evidence that actually drives change, it does drive an increase in activity but doesn’t necessarily drive change in outcomes.’

Mr Hunt asked Dr Fuller about individual patient lists, with each patient registered to a specific GP, going further than Tory flagship policy of patients having named GPs, introduced during his tenure as health secretary.

Dr Fuller said: ‘We haven’t got enough GPs to work in that way.’

Earlier this month, health secretary Sajid Javid said he would be setting out a ‘plan for change’ for primary care, as the current model is ‘not working’.

In March, Mr Javid backed a report that recommended phasing out the GMS contract by 2030, with the majority of GPs contracted by scaled providers such as hospital trusts.

Dr Claire Fuller’s landmark review last month recommended that urgent same-day appointments should be dealt with by ‘single, urgent care teams’ across larger populations rather than the patient’s own GP practice.

I could look after 2,500 individuals.
But looking at a job offer in my email, I could look after no-one of that much complexity, nor with that much responsibility, and have a whole lot more roses and time and perks for the family. What a silly employer the NHS is. Throwing away it’s staff. How stupid.

But, they want to creat a low trust environment, so you leave, and the Americans come in and vertical disintegrate this all, and integrate their pockets.
The NHS is on the table, and you’re their way. Your health means nothing to corporates. It’s about data and tariff.

Absolutely zero chance of that with this micromanaging, prescriptive, jobsworth NHSE administration and HMG determined to ‘put us in our place’.

But Dr Fuller’s comments appear wholly inconsistent with the recommendations in her Review to strip urgent care out of practices and give it to other bodies (including PCNs), micromanaged by NHSE.

as i understand it this is the situation, and my own, personal, way of dealing with it:

you ask me to do something, and agree to pay me, and agree to behave in a reasonable, respectful, gentlemanly way, and i will be quite happy to come and help you. if you do not, or you dump on me, or you take the piss, or you decide to change your terms, or you don’t pay me accurately, and on time, or you give me extra work without agreement, or you are rude and bolshy or try to push me about, i will not come again.

luckily, i work in locumland, where i apply my rules. at the age of 72, i do not have to do this. i do it because i enjoy it, and if that ceases to be the case, i shall stop.

all the practices i work in are lovely – i turn up on time, work hard through the day, often without lunch, and then go home. the staff are all brilliant – they respect me, and i respect them. everyone says “please”, a word that is not in a lot of NHS manager’s vocabulary. i don’t leave things half done, and everyone is happy. at the end of the month they pay me – no silly audits, no mistrust, or “post payment verification” checks, no dumping, no “you can’t do that because you haven’t been trained” etc etc etc.

come to locumland – i can assure you the working conditions are much better !!