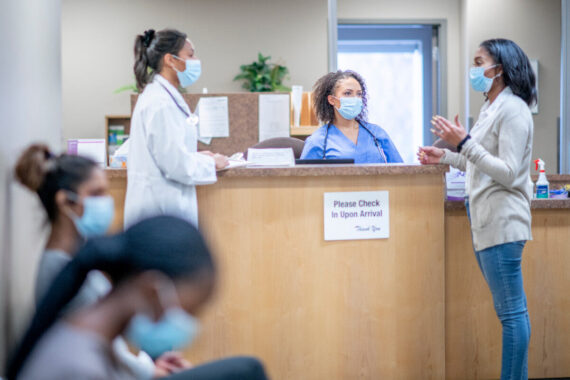 NHS England should ‘simplify’ guidance and address common misunderstandings around the Additional Roles Reimbursement Scheme (ARRS), according to Dr Claire Fuller’s report on integrating general practice with other NHS services.

The report, which was published on 26 May, was commissioned by NHSE to assess how Integrated Care Systems (ICSs) and primary care could better work together.

Dr Fuller, who is a GP and chief executive of an ICS in Surrey, said that some local networks have not been able to make use of the scheme due to several reasons including lack of capacity for supervision, inadequate space in practices, lack of expertise on organisational development and confusion around the purpose of some roles.

She added that NHSE should simplify guidance around this scheme and address common misunderstandings.

Dr Fuller also called on NHSE to consider ‘further flexibilities’ that could be introduced to support recruitment in the short term and look at what will happen to the ARRS scheme after it reaches its current target of 26,000 staff by 2024.

She said: ‘We do not just need to attract new staff into primary care; we need to create the backdrop that allows their roles to be reimagined and made more flexible and attractive – ultimately supporting increased participation and retention in primary care.’

The report called for the development of innovative employment models such as joint appointments and rotational models which ‘promote collaboration’ rather than competition between employers.

It was also put forward that the NHS staff survey be rolled out to primary care ‘as soon as funding permits’ in order to allow for greater listening to staff to improve the experience of working in primary care.

Dr Fuller also called for the way that urgent same-day appointments are organised to change, suggesting this should be dealt with by ‘single, urgent care teams’ across larger populations.

She said: ‘We need to enable primary care in every neighbourhood to create single urgent care teams and to offer their patients the care appropriate to them when they pop into their practice, contact the team or book an online appointment.’

She said work should be done to ‘organise them into a single integrated urgent care pathway in the community that is reliable, streamlined and easier for patients to navigate’.

The report also found that the approach to NHS 111 often resulted in duplication of effort for patients, carers and clinicians, and recommended that NHSE shift its policy towards the service.

A version of this story appeared on our sister title, Management in Practice.