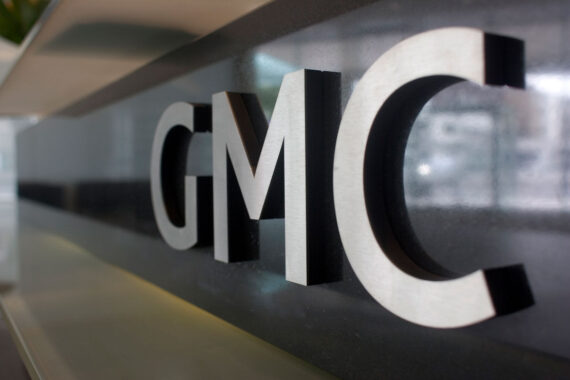 She is the second woman to hold the position since the GMC was established 164 years ago.

Professor MacEwen said she was ‘delighted’ and felt ‘very privileged’ to be appointed as full-time chair.

She said: ‘This is a particularly challenging time for healthcare and I look forward to working collaboratively with partners across all four countries of the United Kingdom to support doctors to provide the best possible care for patients.’

She paid tribute to her predecessor Dame Clare Marx, saying that her ‘legacy of compassionate support for doctors’ will persist.

GMC chief executive Charlie Massey added that he is ‘confident that the wealth of experience’ Professor MacEwen brings will help the GMC deliver its ‘ambitious programme of work’.

He said: ‘In particular, Carrie will play a vital role in driving forward our new strategy, which shifts the emphasis of our work from acting when things have gone wrong to continued support for all doctors in the delivery of the highest standards of care.’

Chief medical officer of the Medical and Dental Defence Union of Scotland (MDDUS) Dr John Holden congratulated the new chair on her appointment ‘at a time of considerable change and reform across the regulatory landscape’.

He said: ‘We were reassured by Dame Carrie’s statement in October last year that any concern raised with the GMC about a doctor, relating to the pandemic, will take into account the extraordinary circumstances we have all lived through.’

He added that MDDUS ‘look[s] forward to this commitment remaining at the front and centre of the regulator’s approach to dealing with any issues arising from decisions or actions taken by doctors during Covid-19’.

Last month, the regulator proposed a number of amendments to its Good Medical Practice guide, including a commitment to consider which ‘context’ a doctor was working in if a complaint arises.

Speaking at the GMC’s annual conference last week, Mr Massey said that a new-look form of GMC regulation would be ‘less adversarial’.

GMC admits it needs to do more to reduce racial inequalities

Meanwhile back on earth….

And in “less adversarial” news: