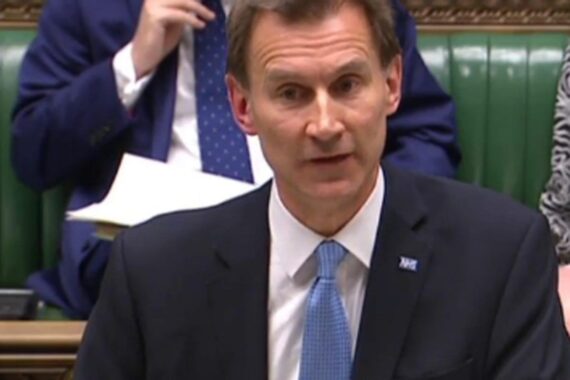 The UK should abolish the system of having to prove clinical negligence for harmed patients to receive financial compensation, a committee of influential MPs has recommended.

The House of Commons health and social care committee suggested that an ‘administrative system’ should replace litigation when patients come to harm in the NHS.

During the inquiry the committee heard from GPs that facing a clinical negligence claim is ‘hugely stressful for the accused health care professional’ and ’emotional damage often contributes to healthcare professionals leaving the profession’.

The committee argued that the advantage of a no-blame administrative system would be that ‘criteria can be established to remove uncertainty and turn what otherwise would be an adversarial process into one concerned only with the facts of the case’.

‘Compensation should be based on agreement that correct procedures were not followed and the system failed to perform, rather than the higher threshold that there has been clinical negligence by a hospital or clinician,’ it added.

Admitting that this ‘widens the pool of people entitled to compensation’, the committee noted that ‘the evidence from countries that have adopted such an approach is that overall costs will be lower not higher’.

The committee said there is ‘strong evidence that an administrative compensation scheme would provide better value for money to the taxpayer than clinical negligence litigation’, with ‘significant potential to strip away the vast legal costs which account for over a quarter of all that is paid’ by the NHS for clinical negligence cases.

To further reduce costs, the committee also recommended that the outdated system of assuming any follow-up care for patients that have come to harm would be paid for privately should be abolished.

It argued that ‘allowing NHS care to be included in the calculation of damages and basing calculations of loss of earnings on the national average wage would help to moderate the value of awards’.

Last year, clinical negligence litigation cost the NHS £2.17bn – up from £900m 10 years ago. This is ‘set to double over the next decade to £4.6bn’ with ‘around a quarter of such costs’ going ‘not to families but to lawyers’, the report added.

The committee concluded: ‘The system for compensating injured patients in England is not fit for purpose. It is grossly expensive, adversarial, and promotes individual blame instead of collective learning.

‘We recommend that when a patient is harmed, they or their family should be able to approach an independent administrative body which would investigate their case and determine whether the harm was caused by the care they received and if, in the ordinary course of events, it was avoidable.

‘The investigation would be inquisitorial, it would look at the facts of the case, and it would focus on how all parts of the system delivered care to the patient in question. Should it be found that the patient suffered harm because of their care, they would receive compensation.’

Commenting on the report, health and social care committee chair Jeremy Hunt said: ‘The system of compensating patients for negligence in the NHS is long overdue for reform. We’re urging the Government to adopt our recommendations to reduce both the number of tragedies and the soaring costs to the NHS.’

He added: ‘We need a better system that learns from mistakes, following the lead of countries like New Zealand and Sweden. We must move away from a culture of blame to one that puts the prevention of future harms at its core.’

However the the GP indemnity provider the MDU said it has ‘considerable reservations about the central recommendation’ from the report.

MDU chief executive Dr Matthew said: ‘The proposal to remove the need to prove clinical negligence following an adverse event in the NHS, and instead establish an administrative body to determine whether the harm was avoidable – would represent a seismic change from the current legal position.

‘The Committee’s report rightly notes that designing a scheme of this nature and establishing the criteria would be a complex task and we have significant concerns about the affordability of such a scheme. Nevertheless, we would welcome the opportunity to input on, and scrutinise, any such proposals.’

Stressing that the ‘time to address the cost of clinical negligence is now’, he added: ‘We urge the Government and Parliament to maintain a focus on reforms that we know could be delivered at pace, rather than being absorbed on the immensely complex task of designing a new scheme from scratch.’

‘The Government committed to publishing a proper strategy on clinical negligence in 2018 and while there have been more pressing priorities, we cannot lose sight of this. We need commitment to some bold and swift steps if we are going to get close to addressing this issue.’

GPs could be liable for hospital specialists’ advice under A&G, MDO warns

You know what dodgy, harassment-inducing-finger-pointing lawsuits do? They actually block care. They create a fake medicalised world. They create tests and referrals that never needed doing. They create documentation which is a waste of time – just in case. They slow the system in fear and mediocrity and buck-passing. They fund the seedy law industry and the work of complainers, bullys and the irresponsible transferring their responsibility onto others. Mortality and suffering exists. It is a truth. Healthcare staff are mere humans trying to accommodate nature and the human being which has many a self-inflicted responsibility. Then you create a blame game. And no one wins ultimately in a state free system. You will only lose .