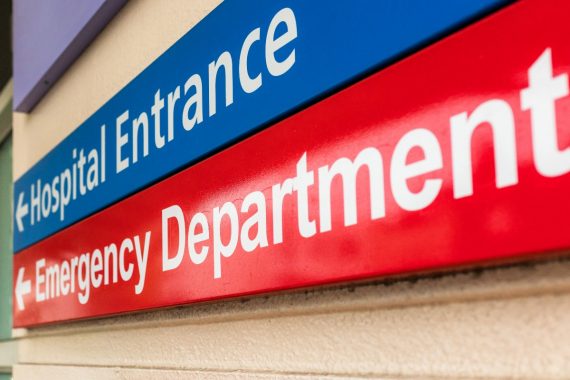 Speaking at a hearing by the House of Commons Health and Social Care Committee, Mr Javid told committee member Laura Trott MP it is ‘correct’ that the ‘lack of availability of GP appointments has led to increased pressure on emergency departments’.

Referring to analysis by the Royal College of Emergency Medicine, Ms Trott said: ‘The point that the [College] were making was… that lack of availability of GP appointments has led to increased pressure on emergency departments.’

Ms Trott also asked if Mr Javid thought that a rise in face-to-face appointments would help reduce the increasing demand on emergency departments.

Mr Javid said: ‘I think as we get more and more access to primary care, that will certainly help with demand in A&E, and more generally emergency care.’

He told the committee yesterday: ‘I want to share with you a statistic… I’m trying to recall. I’ll refrain from sharing it but I can tell you there is a significant portion of people that are turning up for emergency care when they could have actually gone to their GP. And that is not the fault of those people at all, they have stayed away from the NHS when they were asked to, they now want to be seen and it is right.

‘I want people to come forward for the care that they need, but part of the reason I think people are turning up at A&E, perhaps when they don’t need it, is because they’re not able to get through to their primary care services in the usual way.

He added that the Government would ‘be setting out more around our winter planning in terms of the pressures we see’, including ‘increasing the capacity of the 111 service’.

In a statement responding to the comments, RCGP chair Professor Martin Marshall pointed out that GPs are actually currently seeing more patients than before the Covid pandemic.

And he added: ‘Reasons for mounting pressures on A&E are many, but we’re unaware of any hard evidence that significantly links them to GP access. Far from intensifying pressures on emergency departments, GPs and our teams make the vast majority of NHS patient contacts and in doing so our service alleviates pressures elsewhere in the health service, including A&E.

‘General practice needs to be sufficiently resourced and supported, so that it can continue to do so. The Government needs to make good on its promise of 6,000 more GPs and 26,000 more members of the practice team – as well as introducing measures to tackle “undoable” workload in general practice.’

The news comes as the BMA has warned that a new NHS England campaign promoting 111 online for urgent care will place extra burden on GPs this winter.

The campaign encourages the use of 111 online but says patients should still come forward to a pharmacist, GP or call 111 if they need urgent advice.

Dr Simon Walsh, deputy chair of the BMA consultants committee, said: ‘The effect of NHS 111 on numbers of attendances at emergency departments is variable and for every person triaged away from an emergency department, that’s a GP, a mental health worker or community nurse, for example, that needs to be there to give our patients the care they deserve – vital staff the NHS simply doesn’t have enough of.

‘And of course, the problem remains even if staff are relocated; not to mention the immense exhaustion many are already going through, having worked the pandemic without adequate respite.’

The health select committee hearing also heard Mr Javid agree with NHS England chief executive Amanda Pritchard that there is no ‘right number’ of face-to-face consultations that GP practices should be aiming for, as this is likely to vary depending on patient populations.

Elsewhere, a Conservative MP has argued GPs should be given cash incentives for seeing patients face to face, to alleviate demand on the NHS this winter.

Otherwise, there’s a risk that more people will present at A&E because they cannot be seen in person, said Joy Morrissey.

Mr SJ if you did get the promised 6000 extra GPs, A.E would not be suffering.

You Need to stop scapegoating the remaining GPs who continue to work in these extreme challenging times.

Reply
Unsuitable or offensive? Report this comment
Turn out The Lights 4 November, 2021 6:40 am

Convenient scapegoats,the establishments usual get out to reduce the blame on itself.

The reports are that ambulances are queueing to offload and A/Es are full of bedded down patients awaiting room in the overflowing hospitals.

The overlap between the “should have seen GP” cohorts and the “needs ambulance and/or hospital admission” patients should be minimal.

I actually agree with Mr Javid that one reason for attending A/E is difficulty getting a GP appointment. But this is a dangerous road for him to go down because ultimately it is he who is responsible for the number of GP appointments available. If he insists on pursuing the stick rather than carrot approach of forcing us all to offer a ‘reasonable’ number of appointments he will have to define ‘reasonable’ and I suspect that will lead to us all offering less than we do now.

Both A&E and GP numbers are going up and we’re all struggling.

Yes if there were more A&E doctors /capacity, or more GPs / capacity we would manage increased demand- simples.

We’re seeing patients in GP here every day that are coming to us because hospitals can’t cope, who should be in A&E. e.g. #NOF, MI, Heart Failure -so believe me, A&E aint carrying GP.

Please. Go sit in AE and ask them, did you call 111, go to a pharmacist, think if you could even sort this out yourself, or call a GP.
Go on, ask.
You do know what AE is Majid?
Btw – you shut walk in centres, thus the public needy go to AE. Its a British institution, like the pub and footy, and trip to Malaga.

The Health Minister is just trying to turn GPs and AE staff against each other, to cause division : we all know the cause of increased numbers is hospital activity backlog caused by the Government’s negligence in spreading Covid through the system when it could have been held back; and now we do not have enough staff in any of the services to catch up, all he can think of is to get one group to blame the other, when all the fault should really be laid at the door of the Health Ministry of this corrupt Government.
Stick together GPs, AE staff (as a rural GP I have always been both!), Ambulance crews, and Hospital Consultants; do the best you can to not offload on each other, but lay the blame fairly where the fault lays – the Government !

I think it’s perfectly possible that problems with GP capacity are having a knock-on effect at A&E.

So would Sajid care to have another bash at implementing measures to help GP capacity? His first “rescue plan” isn’t looking like a roaring success.

Primary care are trying to juggle patients stuck on a 2 (or more) year waiting list for secondary care: patients that we have referred due them being outside the scope of what we can do in GP. During their excessive wait times, the will either get better (hurray), stay same or get worse (and hence frequently present to us in states of increasing frustration, all of which we will take the brunt of), or die/become EOL due to a “missed diagnosis”, which undoubtedly the lazy GP will be blamed for.

We referred these patients to the big shiny building for a reason: therefore itnis no surprise patients are turning up at a&E. Increasing GP appointments wont help a great deal!

Meanwhile, we are also trying to catch up with all the QOF nonsense and chronic disease stuff (taking us away from actually doing clinical work that the patients themselves perceive as what we should be doing), vaccinate the entire population, keep on top of the worried well and usual patients who cannot self care whatsoever, try and train a few of these new GPs we desparately need, be every patient’s counsellor/health visitor/district nurse/social worker/friend/dentist/letter writer (none of which are our job but all get dumped on us) and everything else we do. Oh, with hardly any staff.

The ambulance service are struggling.

111 is making the situation worse, and is not fit for purpose. But that’s a topic for another rant.

So what Javid. ALL of the system is your responsibility. You’d better fix it then. We’re punch drunk and not scared of the stick any longer.
Welcome to accountability. I’ve been a GP for 30 years and HMGovt has never looked at resourcing and running it logically… always fiddling at the margins. I guess JPMorgan Chase or United Health for you after you get reshuffled. With private cover..