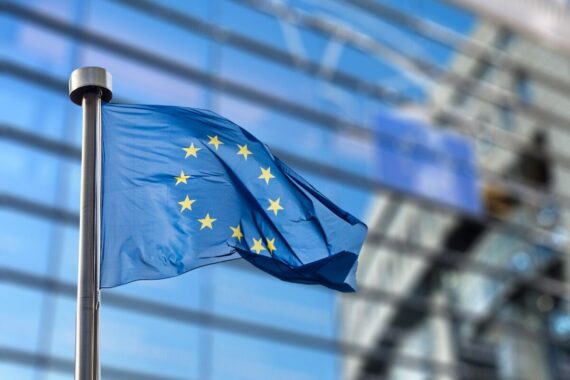 NHS England said in its response that 31 doctors had also left the programme during the same period, leaving just 124 still practising in England.

The programme was launched in March 2018 and closed to new applicants in September 2020. Prior to 2018 a series of local pilots were in operation, which continued to run alongside the national programme.

The figures provided by NHS England only include GPs recruited via the national programme.

Deputy chair of the BMA GP Committee Dr Kieran Sharrock, who led a local pilot for overseas recruitment in his role as medical director at Lincolnshire LMC prior to the national programme, told Pulse that Brexit was likely to be the ‘main issue’ behind the low numbers.

He added that because UK general practice is ‘much broader and deeper’ than general practice in other European countries, GPs coming to work here need significant training and support – but they might not have been recruited through the programme with that expectation, which ‘may have been a problem’.

‘When we did it with our doctors [in Lincolnshire], it was clear from the outset that we weren’t expecting them to come and work straight away as GPs – we wanted them to come and do the language training initially, and then a significant period of upskilling in terms of how to be a UK GP,’ he said.

NHS England had initially pledged to recruit an extra 500 doctors from overseas between 2016 and 2020, but it later expanded the programme and upped the target to 2,000.

The main route available to overseas GPs now is Health Education England’s GP International Induction Programme, which is supported by NHS England. There is also support available for international medical graduates, and the portfolio route for GPs returning from abroad.

But Dr Sharrock said a ‘long-term structured programme’ is needed to recruit significant numbers of GPs from overseas.

‘For instance [in the UK] we see children, we do obstetrics and gynaecology, we do geriatrics – and in a number of places around the world that’s not the role of the GP…,’ he said.

‘So we need a programme where we can make sure that the doctors who come are completely upskilled, otherwise they will choose to not come.’

He added that he still believes overseas recruitment could be ‘a significant answer to our shortage of GPs’.

‘We know we’re 1600 fewer GPS than we had in 2015, we are way off the extra 6,000 GPs that the Government has promised us, but we also know that there are a number of doctors working all over the world, not just in Europe, who want to come and work in the UK,’ he said.

‘If we don’t have an active recruitment campaign they will go and work somewhere like Australia, New Zealand, Canada, wherever else.’

Dr Sharrock also said that a solution is needed for overseas doctors who train as GPs in the UK but then have to leave because they are unable to find a practice who is able to sponsor them.

He suggested that this could be a five-year visa ‘on the proviso’ that these doctors complete their training and then ‘maybe do a GP fellowship or work in the NHS for the two years following’.

‘But there needs to be a solution, so that doctors who have gone through our vocational training schemes don’t have to leave just because their visa runs out,’ he added.

An NHS spokesperson said: ‘Expanding the GP workforce remains a top priority for the NHS and in fact general practice has recruited over 18,000 more staff to additional roles, such as pharmacists, paramedics and mental health practitioners, since 2019 – ahead of the Government’s target – with record numbers also training to become GPs in the last year.’

The RCGP said earlier this month that it heard of ‘thousands’ of UK-trained overseas GPs being threatened with removal from the country because their visas were expiring. Under immigration rules, doctors are allowed to train for five years and then apply for indefinite leave to remain, but this has caused GPs who completed training in three years.

Earlier this week, the RCGP warned that 19,000 GPs and trainees could exit the profession over the next five years, unless workforce and workload issues are urgently addressed.

No-one wants to do General Practice in its current form/state.

Dear Pulse, do we know how much the programme cost?

Malcolm nailed it there. Pure and simple.
And yet no sign of the Powers moving any levers to reverse the decline. Must be heading for a hospital trust based working at scale fiasco.

Or we develop our own solution and push for the funding to enable it.

No real surprise. Sorry for Dr Sharrock as pockets of Lincolnshire ludicrously pro Brexit so recruiting doomed to failure

And you can bet your life Sajid’s masterplan will be equally successful! Yes,we should have developed our own plan years ago instead of grasping at the crumbs thrown our way. The RCGP, and the NHS saviours of the BMA, should develop a plan whilst there is some semblance of a workforce left! Not that I am holding my breath on the matter! Probably debatable whether those two could be trusted to reflect the troops on the ground btw!

GP Practice is NOT broader or deeper in the UK than other EU countries. This shows their complete lack of understanding of the recruitment and retention issues.

The Netherlands has the exact same model as the UK as does Norway, Sweden, Denmark, Germany etc etc. Yes there were minor difference when I started practicing in UK but was up in running in 2 days.

Belgian GP’s dont do paeds nor gynae. Which can be learned. Other countries its more the language barrier and organisation of the care that needs to be addressed. Some countries in Europe have a 5 year training programme for General practice. They have obviously not been to WONCA – the world conference for GP’s. Yes, Canada, Scandinavia, Netherlands, Australia and New Zealand and the UK are more similar but there are other GP training programmes which are very similar.

They have a complete lack of understanding and would rather blame the international not being trained well enough as the reason without recognizing when GP’s want to give the UK a bash, they are treated as second class citizens and the bureaucracy is maddening which makes them reconsider.

Most of mainland Europe pays well for General Practice. Their health care systems completely outperform the NHS. Why on Earth would they want to leave that behind.

Until the Government realise this they will remain at 5% of the ultimate recruitment target. Nonces.

As soon as the 124 found out how the GMC and the government behaves and doctors are being treated as second class citizens they will go too. Good luck retaining the current GPs with a 70% effective tax.

Come and deal with the UK public? And their mate the GMC? Please. You’ll need to train them in sertraline and IBS and what housing, calpol junkies and a hypochondriac is, not just radicalism and bullying and harassment. Even the UK GPs are telling their children to do something else.

Reply
Unsuitable or offensive? Report this comment
Just Your Average Joe 25 June, 2022 12:03 am

Spent 25 minutes being told how to do my job by a patient because my management plan did not match what she wanted. Tried very hard and using small words to explain her risks were too high to follow her plan, and my years of training and knowledge of medicine meant my plan was the correct plan taking into account her transplant, anticoagulation, her recent ablation and high uncontrolled blood pressure and renal failure.

I was prioritising sorting that out, and advised IAPT services and counselling for her anxiety instead of medication, and would let the consultant psychiatrist she was going to see imminently advise on medications once I had stabilised her.

All that got was her taking my name with spellings so she can start writing out her 3 page complaint. Which I know will waste several hours of life sorting out, and having to apologise for trying to help her, and practice medicine as she needs, not how she wants.

Makes you ask why you do this job any more.

“that Brexit was likely to be the ‘main issue’ behind the low number”
more to do with doctors internationally being aware that GP in the UK is such a rotten job now and the NHS is a dreadful organisation to work for.
You can only put so much lipstick on a pig

In April 2016 the International GP Recruitment scheme (IGPR) was set up with a budget of £100 million to recruit 500 EU GPs. This was revised the following year to 2,000 – 3,0000 GPs with VERY generous terms given to the 8 recruitment agencies tasked to find these GPs. With the UK voting to leave the EU in June 2016, EU GPs became wary of coming to the UK so, in 2018, the scheme shifted to Australia, New Zealand and Canada, countries UK Drs were flocking to not coming from, so this too was unsuccessful. By October 2019 only 150 of the promised 2,000 – 3,000 GPs had been recruited. With better GP involvement at the start and ethically approaching countries where there is a known surplus of qualified GPs able to work such as in the Asian subcontinent and some Caribbean countries, the scheme with induction training could have been successful but the GMC has a number of restrictive barriers including the IELTS and SELT language tests pass level of 7-7.5 which can stump even international students with language degrees and doesn’t recognised the MRCGP(INT) qualification so the cavalry are not arriving any day soon.