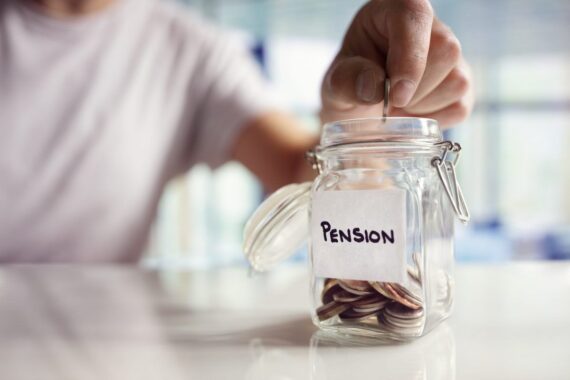 An average GP could be hit by a ‘nightmare’ £33k tax bill due to the ‘unfair’ way inflation is applied to their pension, GP pension experts have warned.

The BMA has said this amounts to ‘pension theft’ and had advised GPs to ‘prepare financially’ for a large tax charge or consider retiring early or reducing their pensionable pay, however, it later updated its website to soften this advice.

On Saturday, the BMA announced it had launched a pensions tool to help navigate the ‘unfair’ potential tax charges.

The issue relates to tax-free annual allowance (AA) charges, which apply when an individual’s pension grows by more than the maximum amount of tax-free growth in one year – the standard AA currently stands at £40,000, but this is adjusted based on total income.

However, an ‘anomaly’ in the legislation means that the way HMRC calculates the increase in the value of an individual’s pension is based on ‘pseudo-growth’ – meaning that doctors are potentially going to be charged on ‘a benefit they will never actually receive’, as the BMA put it.

The BMA refers to HMRC’s measure as ‘deemed pension growth’, which is based on the previous year’s inflation rate measured via the Consumer Prices Index (CPI). This rose to 9% in April, according to the latest data from the Office for National Statistics (ONS).

However, individuals’ pensions will not actually grow by 9%. The BMA said: ‘If inflation stabilises next year as predicted, those who have already faced these unfair penalties this year that were based on “artificial” pension growth will see this growth largely disappear and hence will have been taxed on a benefit that they will never actually receive.’

Dr Tony Golstone, who is the BMA national clinician advisor on pay, and the pensions and pensions committee deputy chair, last week said that the GP tool would show that a ‘typical GP’ could see an AA charge that is ‘almost half of their post-tax income’.

He said: ‘If September CPI is 10%, that might give a typical GP around the level of the lifetime allowance [ie, those towards the end of their careers] and with average earnings of £115k an AA charge of £33,349 – that’s almost half of their post-tax income.’

But he added that in this scenario the GP would have been ‘overcharged by £24,276’ because ‘when CPI goes up, Government cashes in on false “pseudo-growth” of your pension and when it comes back down, to say 3%, and your “growth” is negative – they zero that off’.

Dr Goldstone said the BMA pensions committee would take ‘urgent advice’ on what the Government ‘will need to do to mitigate against an exodus’.

BMA guidance accompanying the new tool previously urged GPs to consider ‘strategies to reduce your charge, such as whether you need to consider retiring earlier than planned, or reducing your pensionable pay’.

Otherwise, they should ‘prepare financially for a large annual allowance tax charge if the rules are not urgently changed’, it said.

However, the BMA rapidly updated its webpage to remove the advice to consider retiring early or reducing pensionable pay following Pulse publication.

The updated webpage now says that ‘unfortunately some will consider reducing pensionable pay or retiring earlier than they would have done to reduce pension input during this period’.

BMA suggestions to the Government for resolving the issue:

Dr Goldstone said the BMA has met with the Government but stressed that action is ‘urgently’ needed ‘right now’.

He added: ‘It’s the BMA’s view that [the] toxic combination of using different CPIs for each tax year, and then ignoring “negative growth”, is allowing them to destroy your pension.

NHS pension specialist adviser at Quilter Graham Crossley told Pulse the problem is ‘absolutely huge’ and ‘one of the big issues for GPs at the moment’.

He said: ‘Effectively, GPs are going to be taxed on inflationary growth to their pensions.

He added: ‘The higher inflation goes, the lower the existing pension needs to be in order to just use up the standard annual allowance.

‘I think at the moment, it’s even as low as if your existing pension was worth £25,000 that uses up your annual allowance anyway, just because of inflation. So it’s going to be an absolute nightmare for GPs this year.’

But because of delays to pension statements, GPs ‘don’t find out until well after the event’ and won’t ‘get this type of information for another couple of years’, he added.

A change in the law to create a ‘fairer mechanism’ for annual allowance calculations – so the rate of inflation that is used to increase pension benefits is the same as that used to adjust the opening value – would be a ‘quick fix’, Mr Crossley told Pulse.

‘But with doing nothing, if they think they’ve got workforce problem now, just wait until these annual allowance statements start landing on GPs’ desks,’ he added.

BMA pensions committee chair Dr Vishal Sharma said the BMA’s tool aims to give GPs ‘as clear a picture as possible’ so they can ‘make informed decisions for the future’ in light of ‘further punitive tax charges’ thanks to the rise in inflation.

He said: ‘We cannot tell doctors what these decisions should be and some may well continue to work regardless of the impact on their pensions.

‘However, with a long-standing GP workforce crisis, the Government must urgently act to prevent hard-working doctors from taking what they might feel is the only option of either reducing their hours or retiring entirely to prevent being unfairly penalised for their dedication to the health service and their patients.’

How does inflation affect GP pensions?

Pension growth should only be based on growth that is above inflation.

Given the rapid rise in inflation – with the Bank of England predicting it to rise to 10% this year – this means that GPs will face significant AA tax charges simply as a result of these two different measures of inflation being used. Worst of all, assuming inflation falls again next year, the value of the GP’s 1995 pension will fall in real terms but this fall in pension growth in the 1995 scheme cannot be offset against any pension growth in the 2015 scheme.

The net effect of this is that many GPs will incur annual allowance tax charges of tens of thousands of pounds on ‘artificial’ pension growth that they will never actually receive.

Please note: this article was updated at 15:10 on 26/5/2022 to reflect that the BMA updated its guidance on ‘what you can do’ about the pension tax charge.

PENSIONS REFORM *NOW*
I understand that Judges have agreed a settlement in their favour? Just replicate that.
How many of us will have to reduce our NHS hours to a minimum, or leave the NHS, to avoid paying punitive taxes on entirely theoretical sums of money we may never see?
I have around 17 years left – health permitting – but will shortly be cutting down to one day a week to try to minimise the impact of this mess. How many experienced staff will do the same? Aren’t we supposed to be in the middle of a workforce and capacity crisis?!

GP access has not deteriorated quite enough yet to force enough patients to take out Private Healthcare contracts. How can we worsen access enough to convert those still relying on the NHS GP service? I know! – let’s make a few more GPs retire early!!

MPs have similar exemption I believe.

Wait until you try to claim the pension; truly Kafkaesque. Vast useless bureaucracies staffed by anonymous creatures who hate and despise you.

In the inimitable words of that Collossus of Western thought, Professor Bernard Manning: