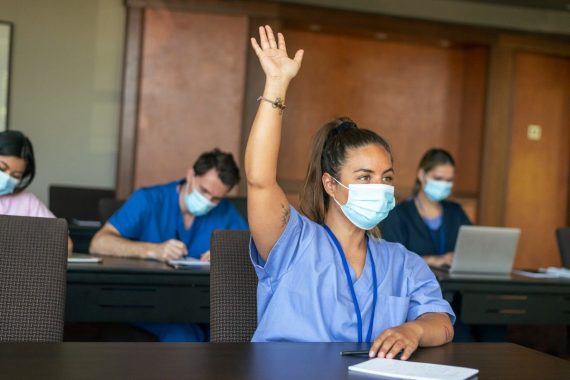 Applications to medical schools have significantly increased between 2018 and 2021, including those which have a focus on general practice, UCAS data shows.

It comes as the Department of Health and Social Care said medical schools would get extra funding to meet a 20% surge in demand for places.

Figures released at the end of January, as part of UCAS’s end of cycle data publication, showed Anglia Ruskin University received over 1,000 (1,175) more applications to medicine and dentistry courses in 2021 compared to 2018.

The University of Plymouth also saw an 183% increase in applications over the four-year period.

Aston University welcomed its first cohort of medical students in September 2018, with a 215% increase in applications in 2019.

University of Sunderland also opened a new school of medicine in 2019, and has received over 1,000 (1,155) applications to date.

Each person can apply to up to four medicine and dentistry courses, but can only be accepted once.

Meanwhile, the number of medical school places available in Scotland has increased by 32% (an additional 269 spaces) to a record high of 1,117.

In its workforce plan, the Scottish Government said the majority of the new places are general practice-focused.

It comes as the Review Body on Doctors’ and Dentists’ Remuneration warned greater increases in newly trained GPs are needed to fix an effectively ‘stagnant’ workforce because of an increase in part-time working.

It was the fourth year in a row that the number of trainees had risen and already exceeded the Government-mandated target for 3,250 GP trainees to be in place every year.

In March 2021, Health Education England said it was in the early stages of creating an apprenticeship programme which would enable candidates to become doctors without undertaking a traditional undergraduate medical degree.

A High Court ruling against GP Dr Philip Mitchell in December was said to have put young doctors off a career in general practice.

After admitting the Government is ‘not on track’ to meet its election pledge of 6,000 extra GPs by 2025, health secretary Sajid Javid said he would ‘wait and see’ where it gets to.

Meanwhile, the House of Commons Health and Social Care Committee is currently examining whether the training period for doctors could be reduced and if the cap on medical places for students could be permanently removed.