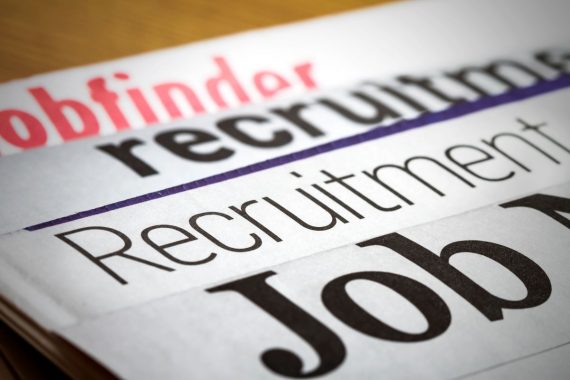 Exclusive GP vacancy rates remains high, with one in seven posts unfilled, according to an exclusive survey by Pulse.

The survey of almost 400 GPs – carried out in May – uncovered 301 full-time equivalent (FTE) posts are vacant, out of the 2,142 that respondents said their practices require.

The survey comes as the BMA last week accused the Government of being ‘disingenuous’ over its publication of the latest official figures, which showed the GP workforce had allegedly increased over the last 12 months.

The high vacancy rate – at 14% – is a slight improvement on the 15% unfilled GP posts revealed the last time Pulse carried out the survey in 2018 – which was the worst on record, though did include vacancies from across the UK.

A GP partner in the South East of England said they had no vacancies, but that they were unable to expand the size of their GP workforce to cope with the demands of a growing population due to a lack of funding.

They said: ‘[We have experienced] funding losses [from] PMS clawback and town growth so can’t expand GP numbers in line with what is needed ideally.’

And a Humberside GP, who reported more than 10 vacancies, said: ‘We probably have 25% to 33% of the GPs required to run a traditional practice.

‘If we had even five more whole-time-equivalents our practice would be safer and if those five were partners I would be hopeful for the future.’

They added: ‘If we got anywhere near 2,500 patients per full time equivalent my life would be transformed.’

A GP partner in Northamptonshire, currently holding four vacancies said they were having to ‘use ANPs and ARRS staff to cover the gaps’.

GP leaders highlighted the falling number of GPs in the workforce in recent years alongside an increase in the population.

Dr Gary Howsam, RCGP vice chair, said: ‘We simply do not have enough GPs to meet the needs of a growing and ageing population, with increasingly complex conditions, on top of managing the fallout and work backlog from the pandemic.

‘This is already making it difficult for some practices to fill vacancies.’

He added: ‘We need to see a huge push in efforts to retain trained, experienced GPs in the workforce – as well as continuing to step up recruitment efforts, and making it easier to return to practice after a career break or period working abroad.’

The BMA noted the overall qualified GP workforce has ‘barely grown’ since 2015, with GP partner numbers falling – despite the Government’s pledge to increase the workforce by 6,000 GPs by 2024. It said it was clear that previous attempts to increase staffing levels ‘have failed to bridge the gap’.

BMA chief officer workforce lead Dr Latifa Patel  said: ‘There are other ways to solve this crisis, and Government must listen when we tell them what’s needed: funding extra places in medical schools and on specialty courses is essential to making careers in the NHS more accessible, whilst we need just as much emphasis on retaining staff as recruiting new colleagues.’

She added: ‘The Health and Care Bill, this year’s spending review, and a long-term workforce growth strategy are all opportunities for our new secretary of state to get the NHS back on track, and we urge him to take them with both hands and avoid the severe consequences of delaying any further.’

A spokesperson for the Department of Health and Social Care said: ‘We have invested £270m to expand GP capacity so they can cope with the increased demands and recovery pressures as a result of Covid-19, and this comes on top of the £1.5 billion for extra staff committed for general practices until 2023/24.’

In a recent paper outlining Health Education England’s remit for 2021/22, the DHSC instructed the workforce body to continue its work in delivering the Government’s aim for 4,000 GP training places a year.

The latest official figures show the number of doctors accepting GP trainee places in England has risen again this year – by 7% – following initial recruitment rounds, to 3,690.

Meanwhile medical schools are to get extra funding to meet a 20% surge in demand for undergraduate places, the Government has announced.

NATIONAL STATS TELL YOU NOTHING….WE ALL KNOW GENERAL PRACTICE HAS MASSIVE VARIATIONS……FROM LEAFY AFFLUENT GP PRACTICES ON HIGH INCOMES AND FULLY STAFFED TO AREAS IN A MESS (LIKE MINE) WITH NO APPLICANTS EVEN ONES WITH VERY POOR CVs WHO WOULD NEVER NORMALLY BE CONSIDERED……UNTIL OUR GP LEADERS AND THE DOH START FOCUSING ESPECIALLY ON THE “PROBLEM” AREAS THEN GP PRACTICES WILL COLLAPSE….FIRST AS WE ALL KNOW IN DEPRIVED AREAS BUT EVENTUALLY EVEN IN THE AFFLUENT PRACTICES WITH PATIENTS THAT LOOK AFTER THEMSELVES AND ALL GO PRIVATE…..

RCGP and the BMA both share some responsibility for this.
The BMA for it’s obsession with “save the NHS” whatever the consequences for doctors; and the RCGP for it’s ghastly training-that-doesn’t-train and for a determined attempt to turn GPs into medically qualified social workers. And both for their systematic organised hostility to private practice.

‘…ghastly training-that-doesn’t-train (from RCGP) and for a determined attempt to turn GPs into medically qualified social workers’
It’s too late. The patient population of UK has long ago adopted the concept that NHS GPs are another sort of social workers (the ‘boiler’ responsibilities just being a whimsical extrapolation).

I never understood why one had to TRAIN to be a G.P.——–I never did

‘’Imposter syndrome’ is not recognized as an official disorder by the Diagnostic and Statistical Manual of Mental Disorders, fifth edition (DSM-5).
So more likely a ‘chronically underachieving and dissatisfied x…’