Blood tube shortage ‘stabilised’ but supply levels ‘not yet normal’ 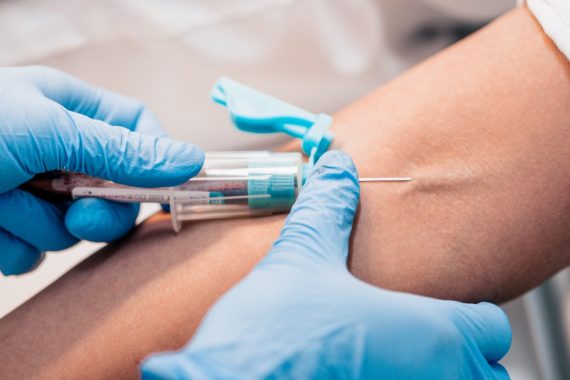 GPs have been advised that supply chain issues with blood test tubes have now ‘stabilised’ but that stock levels have still not returned to normal.

In a letter sent to GPs today, NHS England said: ‘Due to the mitigations in place and the efforts of colleagues across the NHS, the supply situation has stabilised but with supplies not yet back at normal levels.’

It added that GP teams should continue to follow the ‘best practice guidance’ issued in its previous update last month – when GPs were told they could restart blood tests that are not clinically urgent.

However, the update said that testing activity in acute trusts, community hospitals and mental health trusts can now also resume ‘in line with the best practice guidance’ and ‘local stocks permitting’.

It said the changes ‘reflect the current position’ and will ‘avoid putting further pressure on stock as the situation continues to recover’.

It added that healthcare providers should ‘continue to order little and often during this period of recovery and to restock gradually’.

‘Organisations should regularly review their stock holding and upcoming planned care requirements and aim to re-stock with one week’s worth of tubes based on demand in June and July 2021’, it said.

The letter said the measures should be undertaken ‘where safe to do so’, with clinicians urged to use their ‘clinical judgement at all times to ensure patient wellbeing’.

National supplies will continue to be managed by NHS Supply Chain ‘until further notice’, it added.

In its latest statement, supplier Beckton Dickinson (BD) said the situation was improving across the UK despite the ‘extraordinary global demand’ for the tubes.

A spokesperson said: ‘While there is still extraordinary global demand for blood tubes, the situation in the UK has improved and the NHS provided updated guidance on 16 September that reduced some of the restrictions on blood testing.’

GPs were forced to suspend all blood tests not deemed ‘clinically urgent’ in August but were given the green light to resume testing in a phased manner three weeks ago.

The guidance could include:
Considering whether a blood test is ‘essential for management” of the tired / essentially bored patient working from home.

If blood tests were done in that cohort on Fri evenings and Saturday morning for free, no one would come.