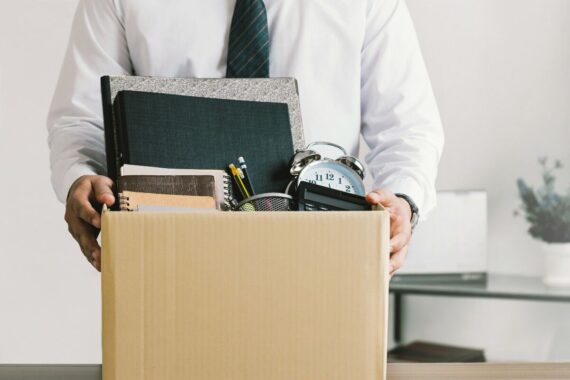 The latest edition of the official GP Worklife Survey has painted a dire picture of the realities of working as a GP in England.

Among the most alarming findings, the University of Manchester research – carried out every other year on behalf of the Department of Health and Social Care – reveals that over a third of GPs in England may likely quit direct patient care within five years.

The national survey, funded by the National Institute for Health Research (NIHR), crucially informs the DHSC’s evidence to the Doctors’ and Dentists’ Pay Review Body.

The 2021 results, published today, show that over a third (33.4%) of GPs said there was a ‘considerable or high likelihood’ of them leaving ‘direct patient care’ within five years.

For those aged 50 and above, this figure rose to 60.5%, with the overwhelming majority of these (47.1%) saying the likelihood was high.

The proportion of GPs under 50 with a ‘considerable or high’ desire to leave direct patient care within five years is at its highest level of 15.5% compared to previous surveys.

However, 43.2% of GPs under 50 said there was ‘no chance’ of them resigning in the next five years.

Study leader and GP Dr Kath Checkland said: ‘It is not really surprising that job satisfaction has dropped amongst GPs during the pandemic, but the survey provides some evidence about the areas of work they are finding more stressful, which may help in designing ways to support them.

‘The fact that 16% of GPs under the age of 50 are thinking about leaving their jobs is worrying, and suggests that work is still needed to ensure that general practice is sustainable for the long term.’

BMA England GP committee executive officer and GP Dr Richard Van Mellaerts said that if 60.5% of GPs over 50 do quit, ‘this will represent a huge loss to the NHS and patients of highly skilled and experienced GPs’.

He said: ‘GPs and their teams are exhausted from the pandemic, struggling with a toxic combination of escalating patient demand at the same time as the number of fully qualified, full-time GPs has fallen significantly.’

He added that the survey also shows ‘the notion of a “part-time” GP is often anything but’, as the average 38.4 working hours per week of a GP in England is ‘similar to most full-time jobs’.

RCGP chair Professor Martin Marshall remarked that the findings ‘show a profession working under intense workload and workforce pressures, doing their best for patients in the most difficult of circumstances’.

He added: ‘It’s concerning to see any GP leaving the profession earlier than they planned, particularly in such high numbers, but it’s especially worrying to see so many family doctors planning to leave relatively early in their careers.

‘This should be a wake-up call that we need to see robust plans implemented to retain highly-trained, experienced GPs in the workforce – and key to this will be tackling workload.’

The most recent GP Worklife Survey, conducted in 2019, found that GPs were working on average two hours per week less than in 2017.

DHSC ‘hugely grateful’ to GPs for ‘hard work and dedication’

well i never ! fancy that !

then you put them to work for an employer who bullies them relentlessly, and encourages the media to tell everyone how useless and lazy they are. and alters their “contract”, often at short notice, to make up for defficiencies they have created themselves !

then, when some of the workforce say “sod this – i’d rather earn a bit less, and have a more pleasant home life”, or actually walk out and go to work elsewhere, you seem surprised !!

BUT YOU DON’T ACTUALLY DO ANYTHING TO STOP THINGS GETTING WORSE !!!

who was it who said “doing the same thing time and time again, and expecting to get different results is stupidity! ?

But also
( if Eistein ever said this 🤔):
‘’Two things are infinite: the universe and human stupidity; and I’m not sure about the universe.’’
😳

‘This should be a wake-up call that we need to see robust plans implemented…..’
Seriously?😳
Waken up only now ??!!🤨🤦🏼
How long has one been sleeping then? 🤦🏼
(Wish I could have this ‘superpower’ of sleeping for my insomnia problem right now 👿)

I fear it’s passed the point of no return.
We all know how and why we got to this point – a toxic and untimely alignment of CQC, A&R, GMC, complaints, litigation, workload, pensions, etc. But to halt or reverse this rush of leavers would require many powers pulling many levers very hard, simultaneously and very soon – that is not going to happen.
It’s desperately sad to see GP wither and very uncertain what sort of service will take its place. As a patient (ex-GP) I’m fearful. But I should not be surprised – I remember starting to take issue with the plight of GP in the late 80’s and nothing much has changed the trajectory since then.

DJ, repeatedly asking the same question expecting a different answer is actually one definition of stupidity and Long Gone; I can only agree. Two unanswered questions remain; which is chicken and which is egg? and what is actually now “Full-time GP”?
I am well aware from past experience (and age) that the less you do the less you want to do. There clearly is a point of terminal decline (which may have been reached). In that the profession, dare I say vocation, has now really just become “a job” – and actually, as it stands it’s not really a great job anymore. It used to be; but to get the most out of it the more you had to put in. We cannot keep citing patients here. They / We are getting older and our issues will forever be more complex and actually do remain our prime reason for our existence. Despite our moans it is this very group that we must keep on our side. Government policies however based on CRAP (Clinically Rubbish and Pointless) coupled with overburdening bureaucracy and regulation have dis-incentivised the very future of General Practice. Unfortunately those that are left are now greatly at risk of dis-incentivising the profession. Somewhere along the line it is the profession that needs to seek out a means to take back greater control and that governments need to accede less.

Understanding full-time hours is really difficult.
Where did they get figure of 40 hours from?
The maximum number of hours a full-time GP can be contracted for is 26, even if, like I was in 2015, this required attendance and open to patients 0800 to 1800hrs 5 days a week, which is 50 hours, but when you have factored in time spent catching up on clinical admin work, was more like 60, and then add on the practice management and stuf taken home, it was more like 70.
Even when salaried, some practices will happily contract for 3.5 hour sessions, but then stretch them to 5-hour sessions, so always an underestimate of how much actual work. Any many GPs do still do ‘uncountable’ work for community groups and professional groups too.