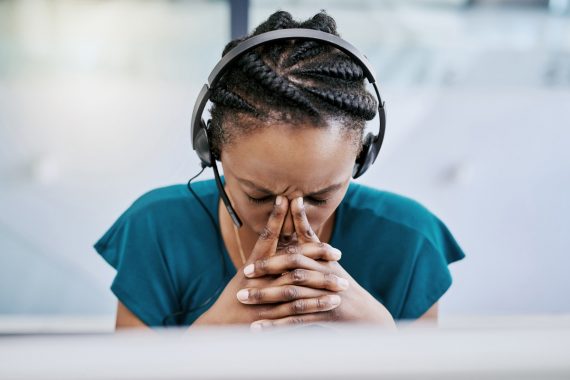 Exclusive Nearly three quarters of GPs are experiencing increased levels of patient abuse compared with before the pandemic, a Pulse survey has revealed.

The survey of 1,000 GPs, carried out in the past week, saw 74% of GPs stating that levels of patient abuse had ‘significantly increased’ or ‘slightly increased’ since before the pandemic.

GPs said that complaints are ‘regular and increasing’ and that receptionist staff have been hit particularly hard by abuse from patients.

Of all GP respondents to the survey, 40% said that patient abuse has ‘significantly’ increased during the pandemic, with a further 34% saying it has slightly increased.

It comes as Pulse has reported on GP practices being targeted with hoax bomb threats and receptionists being attacked with blood-soaked tissues over the summer.

Meanwhile, one GP ‘nearly lost his sight’ in a racially motivated attack last month when an explosive device was thrown in his face.

Meanwhile, 38% said patient complaints have ‘significantly’ increased during the pandemic, with a further 29% saying they have ‘slightly’ increased.

And 67% of GPs have seen an increase in patient complaints about access since before the pandemic, despite Pulse findings that waiting times have actually significantly decreased.

The past few weeks have seen a surge of newspaper articles criticising GPs on patient access including a column from Allison Pearson in the Telegraph in which she said she is ‘not surprised’ GPs have received a torrent of abuse.

An East Midlands GP partner said: ‘Patients can complain by so many avenues – online as well as traditional routes. Anonymous complaints are difficult to deal with and much is driven by negative media and false perceptions.’

A Leeds GP said: ‘NHS England needs to defend us. We are working 12 hours and more with no break and dealing with 40-50 consultations a day, as well as results and paperwork.’

Dr Paul Richardson, a locum GP, said patient abuse is ‘most likely associated frustrations by patients in not being offered a face-to-face appointment for a condition that they perceive needs it where we consider it doesn’t’.

One GP partner said: ‘I regularly do a 13-hour day now and am struggling with the physical and mental pressure. All staff are under pressure and I am concerned about our wellbeing. We cannot keep up with the demand.’

It comes as a recent survey from the BMA found that more than half of GPs have faced verbal abuse from patients or those accompanying them in the last month and one in five has been threatened.

BMA GP committee chair Dr Richard Vautrey said: ‘The findings about abuse sadly mirror our own recent research in which half of GPs said they had experienced verbal abuse in the past month – with two-thirds also saying incidents had increased compared with a year ago.

‘This is entirely unacceptable, and coupled with sustained attacks from certain sections of the media, will further drive down GP morale and have a severe impact on recruitment and retention at a time when we desperately need more GPs.’

Dr Vautrey said: ‘Frustration with repeated Government failings must not be laid at the door of individual practices and dedicated staff.

‘Instead ministers and policymakers must show that they value the GP workforce with meaningful support and resources.’

RCGP chair Professor Martin Marshall said: ‘It’s entirely unacceptable for anyone working in general practice to be at the receiving end of abuse of any kind. It can have a huge personal impact on the mental health, wellbeing and morale of individual doctors and practice staff at a time when they are busier than ever.’

An NHS England spokesperson said: ‘NHS staff should never be subjected to verbal or physical abuse for doing their job and the NHS will not tolerate abuse, aggression or violence.’

The news comes as GPs have also expressed concern they will face abuse regarding the current NHS England-ordered rationing of blood tests; and rescheduling of flu vaccination clinics.

The special Pulse survey was launched in September 2021, collating responses using the SurveyMonkey tool, and was answered by around 1,000 GPs. The 15 questions asked specifically about face-to-face access. The survey was advertised to our readers via our website and email newsletter, with a prize draw for £200 John Lewis vouchers as an incentive to complete the survey.

Michael, most people call it tolerance not zero tolerance. Get your words right, mate!