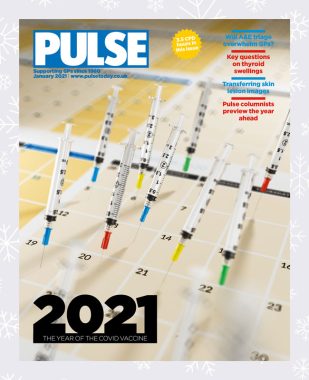 After a tumultuous and traumatic 2020, the year finished in December with a glimmer of hope as the UK became the first country to authorise the Pfizer-BioNTech Covid-19 vaccine for use.

As we all cautiously rang in 2021, jabs were rolled out and by the beginning of March, more than 17 million people in England had been called up for their vaccination.

But back at the start of the programme, it was uncertain how GPs would cope with the responsibility of leading the charge. Surely, focusing on vaccinations would leave little time and resource for other services.

One PCN director told Pulse: ‘You can’t run a programme to give nearly 1,000 vaccines in three-and-a-half days without pulling resources from somewhere. If you have fewer appointments, access is affected. There could well be complaints.’

Other GPs also foresaw problems. In response to a Pulse survey, GP partners predicted they would lose an average of four sessions per week of routine care to accommodate the extra vaccination workload.

Three-quarters of respondents said they’d have to reduce face-to-face appointments, and a similar proportion (73%) reported that screening would be sacrificed. One in four said they’d have to forgo routine medication reviews and over-75s health checks.

Having spent most of 2020 operating a scaled-back general practice, staff were well used to being out of ‘routine’. But almost a year into the pandemic, when the Covid vaccination programme was going full throttle, surgeries were largely back to capacity.

In fact, they saw more patients in March 2021 than in any other month since records began, with no let-up in sight. At that time, as the second phase of the vaccination programme was getting under way, PCNs were less than enthused.

According to data obtained from freedom of information (FOI) requests, 22% of the more-than 1,000 PCNs that took part in phase 1, vaccinating the over-50s and the most clinically vulnerable, opted out of phase 2.

Another Pulse survey yielded similar results. Some 79% of respondents who said their PCN was not taking part in the second phase, and who gave a reason, said it was down to ‘workload pressures’ in general practice.

For those picking up the slack, their passion could not quite make up for the immensity of the task – especially given the demands of NHS England and the paradoxical loss of funding that came with slashing routine work.

If ‘Long Vaccine’ (to coin a phrase) had not set in by then, it certainly has now.

It is almost 14 months since Pulse broke the news that a Covid-19 vaccine was ready to be rolled out across the world.

This incredible achievement – spearheaded by GPs, PCNs and practice staff on the ground – cannot be overstated. But the cost, not least in terms of the patient care backlog resulting from sidelining screening and routine appointments, is still being counted.

But there has been a huge twist in the tale. The Omicron variant has necessitated an ever bigger vaccination push by the end of the year, with a target of around 1 million a day. It looks as though GPs will be saving the day again.

Data lowdown: one in five PCNs opted out of Covid vaccination programme

Are we seeing the start of Long Vaccine?