Sign inRegisterMagazine
Home Views Contract ‘The imposed deal must be legally tested’: All the reaction to 2022/23 GP contract 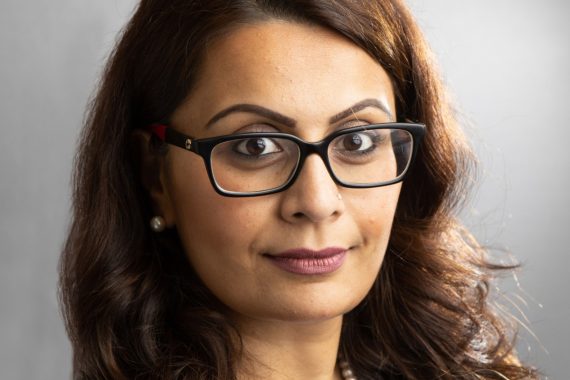 This year’s new GP contract has been announced. GPs share their verdict…

‘We are bitterly disappointed that NHS England has chosen to ignore the appeals from the profession and the needs of patients in today’s letter.

‘Despite our best efforts to outline a number of positive and constructive solutions that would make a difference to practices’ ability to improve care for patients, NHS England has instead decided to follow a path laid out three years ago, long before the arrival of Covid-19, and roll over a contract that fails to address the current pressures faced by general practice.

‘Failing to offer practices something as simple as reimbursement to cover additional costs for national insurance contributions means they are losing funding that should be going towards looking after patients. Therefore, a tax aimed at funding the NHS, has become a tax on the NHS itself.  The result will be fewer members of staff to care for the growing needs of patients.

‘Today’s letter attempts to sell the changes as stability. Whilst stability is important, the reality is that general practice needs an emergency rescue package. Without this emergency life support, patient care will suffer. The waiting lists currently seen across the NHS are now going to become more of a reality in general practice.

‘We approached this year’s negotiations in good faith, recognising the need to uphold previous agreements but striving for improvements in patient care. Today’s letter, presented to us with only a few hours’ notice, defies everything we were aiming to achieve in building a constructive relationship and sits at odds with positive conversations with government.

‘GPs and practices will see today’s changes as devaluing their goodwill and demolishing their spirit.  The letter does nothing to capture the scale of changes needed nor safeguards patients, and further highlights the need for a new contract that delivers high quality safe care in the new world we live in.’

‘[The BMA has been] blindsided [after NHS England gave the GPC Executive team] less than two hours notice of their letter, which was then trailed on WhatsApp.’

‘We are furious that NHS England has chosen to ignore the collective plight of frontline GP teams. The unilateral termination of negotiations by NHSE demonstrates a complete lack of respect for GP teams who have worked tirelessly throughout the pandemic whilst also contributing to the largest vaccination programme in the history of our nation.

‘The deal being imposed upon GP contractors needs to be legally tested as it represents a fundamental change to GP contract terms and conditions with no clear defining reason for it. We are surprised NHSE felt they had no other option than to impose an authoritarian style of leadership.

‘No amount of spin will placate our dedicated and experienced workers who continue in their attempts to support a failing NHS during extraordinary times. NHS England have failed GP teams, failed the patients they serve, and most significantly have failed the National Health Service.

‘We wholeheartedly reject NHS England’s current proposals and we demand they resume negotiations without further delay.’

‘UK general practice is rightly called the bedrock of the NHS. If general practice fails, the NHS fails. The disconnect between NHS England and grassroots GP teams could not be more glaring.

‘We have an exhausted, demoralised and depleting workforce chronically underfunded and crying out for help. The latest unilateral suggestions released to the press before the profession are thoroughly insulting, poorly timed and unrealistic.

‘If this goes ahead in full, it will be another nail in the coffin for your family GP. I hope that our negotiators and representatives at the GPC are able to seek opinion take stock and respond in force on behalf of the profession.’

‘My initial thoughts are that as always, this is a bargaining position. NHSE always does this – releases contract details without negotiation.

‘Then mass panic ensues, the BMA do get involved and we accept a contract which is only slightly better. It happens every single year and we should stop being shocked by it.’

‘The feeling from GP Survival is that, first of all, this shows that NHS England is completely ignoring the fact that the GP workforce is exhausted, understaffed, and just about coping. And now attempting to implement these longer hours and Saturday working at a time when there’s already an out of hours service paid to provide cover.

‘But I suppose this does represent a further extension of the PCN DES Trojan Horse, which was predicted.

‘The specifics are a bit of a surprise, but I think everybody saw it coming, because essentially NHSE has ignored the current situation in primary care and in general practice, and they’ve just ploughed ahead with I suppose political people pleasers. There’s been a constant negative briefing from NHSE and from NHSE to the press.’

‘I am very disappointed to see the new imposed contract from NHSE yesterday.

‘The worst aspect appears to be the pushing through of routine Saturday 9 to 5pm and out of hours GP clinics. This is certainly not welcome when practices are already overwhelmed. I feel it will trigger more GP partners to consider leaving.’

‘Unshackling ourselves from medical paternalism was a crucial paradigm shift for the better. At the heart of a consultation now lies a conversation between two people seeking a shared understanding of an illness experience.

‘It’s a profound privilege to be welcomed into people’s lives, often at their most challenged moments. Our presence invited & requested, our advice trusted because it is neither dictated nor imposed. We can repurpose this collaborative approach beyond the consulting room to good effect.

‘Contractual negotiations are transformed when agreed through open dialogue rather than than imposed unilaterally without consent. Their substance is improved and clinicians’ commitment galvanised.’

‘Unilaterally imposing this contract could accelerate the end of general practice as we know it. GPs are too thin on the ground as it is, and everyone knows we struggle with workload, including offering enough consultations in core and extended hours as it is. Making us provide the same routine services on a Saturday will just spread us even thinner.

‘None of us have the capacity to increase our hours. Access will suffer, with patients facing even more of a struggle to see a regular GP. Covering core hours over more sessions is also less efficient, with an extra day to pay for admin and management staff. More GPs will burn out, leaving us yet more diluted. I already know of colleagues, even newly qualified ones, who don’t see a standard full or part time GP post as sustainable. Locums are more expensive and often won’t do paperwork (which takes up increasing amounts of our time).

‘Private GP services are springing up and popular with patients in the short term but offer no continuity and don’t participate in national programmes such as screening and vaccinations. If NHSE’s strategy is to destroy the current primary care model, then they are going about it the right way. This week I have seen patients who have moved from countries with little to no primary care provision and a private insurance funded model.

‘One of them was almost in tears as they told me at the end of the consultation they couldn’t believe how good our service is and how grateful they were not to have to stump up with a credit card. I didn’t have the heart to say that we are probably about to level down.’

‘This contract imposition seems poorly thought out given that we are struggling to recruit and retain GPs and meet current access demands.

‘Many Tower Hamlets surgeries already offer weekend appointments so this seems like a vote generating tactic from the Government without any substantial plans for GP recruitment, adequate funding or post pandemic support for primary care.’

This was always going to happen if the original PCN contract was read properly but the people (Partners and Leaders) who benefited most from championing the PCN agenda went ahead anyway and have committed the salaried part of the profession who are generally younger and less well paid to this future.
Heads should be hanging in shame.