Sign inRegisterMagazine
Home Views Covid-19 Are we really all in the vaccine delivery programme together?

Are we really all in the vaccine delivery programme together? 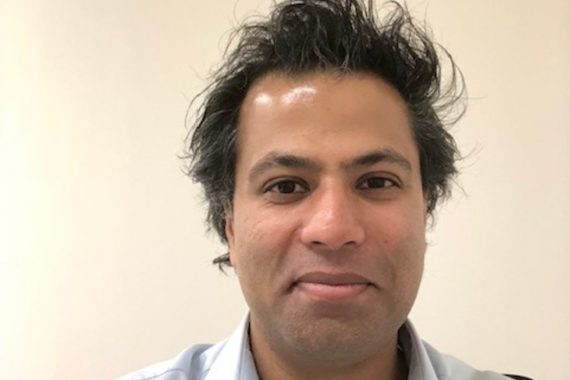 It’s a complicated time anyway at the moment. But life for some practices has been made that much more complicated due to the issue of second doses of the Covid vaccine.

It had taken a lot of work and multiple changes of plans by NHS England to get to the point of us administering the Pfizer vaccine. We started our first clinic for the over 80-year-olds as a wave two site in mid-December. As we made our way through the vaccines, the excitement was palpable. We assured patients that the second dose would be in three weeks’ time. The patients were delighted.

But then only a few weeks later, it had all changed. Covid rates were getting out of control. It wasn’t just the elderly – there were young patients fighting for their lives with the infection. We had a new super infectious strain, and it was seeping through the country. We went through the tiers as we headed towards lockdown. NHSE decided to change tack at the turn of the year– no second doses until week 12. We would be ordered to vaccinate as many people as possible with the first doses.

Now, whether we agreed on this or not, we were mandated to cancel over 1,100 patients aged over 80 at short notice and fill our next clinic with a new cohort. Understandably, our over-80 patients were up in arms – it must have been awful for them to hear the news. But for every second dose vaccine given to them at week three, it meant another vulnerable person missed out on their first.

The BMA and various CCGs backed the PCNs that felt that they could not cancel the second doses at such short notice, and I applaud them for their support. But for those of us who could, the negative press caused by this split at a time when we need unity in primary care was unnecessary.

Complaints have flooded in, asking us to utilise our discretion and vaccinate the over-80s. But if we did it for one, why not all of them? Who are we to play God and decide who gets the second dose? As a nation and as a profession, we rely on people who have that expertise to make those decisions – namely the chief medical officer. The BMA, by offering support to those who utilise their discretion and continue with the second dose, have thrown the rest of us under a bus. There is no clear right or wrong. You’re damned if you do, and you’re damned if you don’t.

Further, the vaccine deployment minister himself, Nadhim Zahawi, highlighted that we could use discretion to make a case-by-case decision. While that may gain him popularity, he has undermined those who have simply followed the guidance of Professor Chris Whitty. Unfortunately, in this era, politicians are not really held accountable for their words – but we are. Patients feel that by consenting to the second dose at three weeks, we are all bound by it. But just as patients consent to surgery which then gets cancelled, situations that are beyond our control change.

So whether a PCN decides to use its discretion, or do as we are mandated by NHSE, we all need that support from each other. We really are in this together, and our best chance of getting out of this pandemic is to follow what we are guided to do within the expertise at the Department of Health. Primary care is known for its unity, so let’s not let these hurdles drive a wedge between us all.

Dr Ketan Bhatt is a partner at Manor View Practice, Hertfordshire, and clinical director of his PCN. You can follow him on Twitter at @ksb79.

Unity is great. But is doesn’t come from us all just doing as we’re told. Untiy comes from good leadership and good leadership listens. The frontline hasn’t been consulted and our significant concerns over consent have not been addressed. We need our leaders to listen.

Positivity. Keep it up – stay sane and safe.
I think the more rules and contracts we break, the more breaches that happen, and the more trust we have in science and our knowing then the more change and meaning we will find. Blind optimism I know. In the UK.