When will leaders act on ethnicity data? 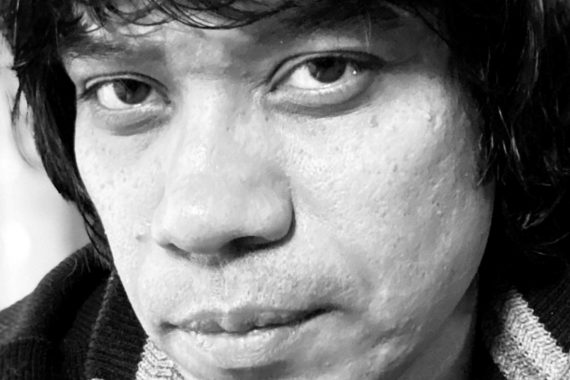 How much debate is there still left to have with regards to the impact of ethnicity on worse outcomes with Covid? The evidence has been there from all corners since the pandemic took its foothold in the UK in March 2020.

The question is how much we have decided to follow this evidence, or use it as a lesson to amend our policies as the crisis rages on. Sadly, the answer is not much.

Let’s start with the JCVI priority list. The issue of ethnicity is mysteriously missing. For sure, there is a mention of its relevance – yet without the clear policy recommendation that the evidence base warranted. It has, as often is the case, been left to individual areas to make sure that the high-risk groups were prioritised. Leaving it to the system to sort out seems to ignore the issue of systemic racism.

It also opens the question of science. If you want to follow the science, the QCOVID risk engine did this. It takes age, sex and ethnicity into account. Yet it has been unceremoniously sidelined when building vaccine prioritisation lists. Launched with fanfare in October, led by reputed academics, it is now consigned to be ‘only for academic use’. Why build such a tool if you can’t use it to prioritise those at highest risk for the vaccines?

Instead of taking action that will prevent suffering in the BAME community, we are once again being reactive, when it is too late. It’s like watching a car crash in slow motion, or a movie with a predictable finale.

And then comes the sucker punch. You might ask ‘How do you know people of BAME origin haven’t been prioritised by local systems?’ Well, we don’t.

Nearly six million vaccines administered, and we don’t have any granularity on the ethnic distribution of the doses given. It’s an after-thought, as ever.

The message to many in the BAME community seems to be: ‘Yes, we know you have been affected disproportionately in this pandemic, and yes, we think we should do something about it – but it’s not really around the vaccines. Do please wait your turn.’

And that, ladies and gentlemen, is what is called ‘white privilege’, or labelled by many organisations as ‘unconscious bias’. It’s the inherent belief of many who fundamentally believe that the system will bear in mind the issue of higher risk in the BAME population – and there is no need to be explicit about it – whether by vaccine prioritisation, or by data collection.

Unconscious bias – perhaps – is also having a JCVI committee of 16 individuals, yet with little in the way of diversity, which may have its own bearings when making decisions for others whose lives they don’t live.

Whenever I put pen to paper with regards to the issue of racism, I always get a backlash.

One form of the backlash is encasulated well by a reader’s response to a recent article in the BMJ: ‘There would be political unrest if BAME people were prioritised’. I have two things to say to that.

For starters, if one uses risk assessment tools, the risk of that is lower. Secondly, if that indeed is the issue, we should be honest and say so publicly – rather than suggesting that the science supports the lack of mention. Politicians make their choices.

Data released by the OPENSAFELY today shows the impact of all I have described above – the issue of variable uptake based on ethnicity. As ever, the NHS will be reactive to it, yet we could have taken this head on, for once ensuring the priority was given so all local systems made adjustments at the start, not seven weeks down the line.

The last thing I would say is that sometimes there is a need to speak up. As someone in a national role, it if scared me, then I would ask why I hold that role.

The lack of prioritisation of NHS staff in the vaccine schedule – until NHS England and the BMA stepped in – was an error, as borne out by the sick rates we are witnessing. Not having data based on ethnicity is another one, as is the reactive nature of trying to deal with lower uptakes in high-risk groups, when we all had the knowledge that this may be case. There is little point in having glossy PowerPoints in your CV if you aren’t bold enough to back them up by speaking up.

And I say so as someone who has been inside the system – and led a fair bit of diabetes work. Staying quiet doesn’t give you any extra kudos points or markers of success. Or indeed, a gong.

It is, however, important to end – in these times – with something positive. A heartfelt thank you to primary care, and readers of Pulse, for the amazing efforts around the vaccination programme. The hope it brings is phenomenal, and that’s to be lauded. Primary care being the best at delivering a population-based intervention? It surprises those who choose to be surprised.

Well said. I hope that action is taken to protect the most vulnerable. We might feel like pawns in a game, but we can change the rules if we shout loud enough. And yes, no surprise that GPs were the best qualified to vaccinate their patients. Just a shame Wales and Scotland were slow to realise this.

Two aspects to this (1) protection from acquiring the infection, which may require social changes – transmission will be higher in large households, and may be facilitated by large gatherings such as weddings and religious services and (2) protection of at-risk ethnic minority groups in high-risk areas like hospitals and care homes. This is vital because progression from infection with the virus to development of severe Covid-19 has a large and immutable genetic component, something which has been studiously ignored despite overwhelming evidence in other scenarios where a cytokine storm develops.

When will leaders act on gender data?

Covid risk is correlated with many factors. Occupation and deprivation are probably even more important than ethnicity, which may not in fact be causal. It would be hugely helpful to distribute vaccines according to Covid risk in a much more detailed way, but in the uk we simply don’t have the detailed data on anything apart from age and sex. We don’t really even know what our population is. So it would be extremely difficult if not impossible to target our at risk groups. It’s largely a question of we can’t, rather than we won’t.
Is it a coincidence that countries like Denmark and Norway and South Korea, which have detailed information on their population, have have had an insignificant number of excess deaths from Covid?

Well said. The problem is exacerbated by a drive to get numbers up regardless of intrinsic risk beyond age. Also the lack of data and embargoing local activity data. Everyone is working in the dark. Areas of high deprivation, inequality and at risk ethnicity are not being targeted. This makes no sense as quickest wins will be with the highest risk. Is this just too hard to do, or just too hard to be bothered to be aware of?

Agree well said, this is a conversation we are continually having in our PCN with the CCG and PHE. In our PCN in an inner city with a high BAME population we don’t have a large percentage of the people over 70 because people don’t live as long and develop chronic illnesses at younger ages. We are continually arguing to be allowed to drop down the tiers and PHE are saying no….. but we have vaccine stock !!

How exactly are you going to classify and tier BAME populations ? Should a 50 year old obese diabetic BAME patient be tiered above or below a 75+ year old white patient These are imponderable but not impossible questions to ask.

But all I know is I see all the pictures of the doctors who have died during covid, and I see a sea of brown and black faces.

And this makes me very sad ☹️

Leaders and their higher institutions and “investors” won’t act with as much impetus, drive and humility, until they themselves become an ethnic minority, and feel less privilege, the stigma of colour and the struggle. They don’t walk on the ground floor, and pick up the dust and dirt of real life and humanity. “They” live in insulated silos, with appeasing slogans, and inquiries, protected from the angry, heated air of inequality. GPs and doctors are in a unique privilege to see it, like some teachers and social workers. I have seen the privilege of the mask-less “superior” public in supermarkets, buses and coffee shops. Embattling their ego with a quiet arrogance and ignorance of reality. The problem we all face is that, like a waterfall, the source has fed into the tributaries beneath. Dividing truth from misinformation, society from individualism and quietly setting some people up to fail. I am glad for this conversation as it reminds us all that, life is not what it seems if you really know how to look at it.