Letter: Racism remains at all levels of general practice 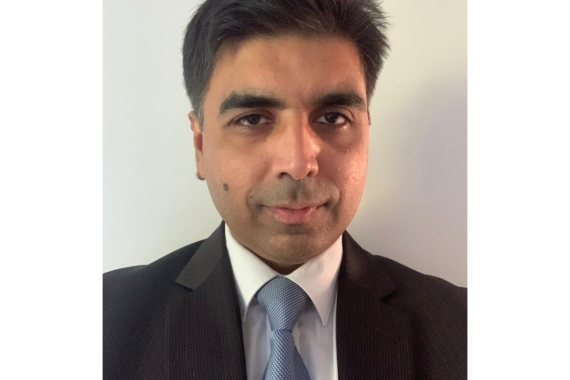 Racism is in the grassroots of general practice – be it as a patient or a practitioner.

Colleagues talk furtively about passive aggressive behaviour towards them. Gone are the hostile school playgrounds of the 1980s, gone into a collective well of experience. From this stemmed a narrative of microaggressions – for countless individuals of ethnic minorities, the racism of the 2020s is subtle and gentle. One can no longer call it out.

Would you spot it, call it out, identify it for what it is? You could be forgiven for mislabelling it. The picture is cloudy – a white GP talking over an elderly Asian gentleman in a consultation, or a black teenager waiting in the queue only to be treated with utter contempt by reception staff.

A Muslim lady in a headscarf enquiring politely with reception faced with blank stares as to why she is here, having to explain that she is this morning’s locum GP. It’s a sticky, complex cocktail of racial difference, unfriendliness, disrespect and xenophobia.

But calling it incites defensive responses. Perhaps the perpetrator is of diverse origin themselves – the picture is cloudy, as with most human experiences.

However awkward it feels to the recipient, the only way forward can be reflection. Would you treat someone of a similar demographic who is ethnically of white origins like this?

Let’s try to distinguish the features of these forms of passive aggression, and perhaps we’ll start to discover the why. What the victims perceive are behavioural inconsistencies – a lack of eye contact or lack of pleasantries, different non-verbal communication than that afforded to white patients.

What heightens the microaggressive response in the victim is the insult to the NHS grassroots that‘s being shouted here. Ethnic minority GPs find themselves asking why, after working lives propping up the beleaguered NHS, they’re still treated differently by some patients.

They make up some 19.8 % of the NHS workforce. We still face challenges in obtaining posts outside of deprived areas of the UK, in being considered for partnerships in leafy bastions of suburbia. We feel the difference, even to the extent of CQC outcomes feeling harsher.

Verbal communication is not a marker of intelligence or indicative of academic or professional knowledge which is often equated to in the UK. Deep routed colonial assumptions often cloud the judgment. This is the fundamental problem.

I hope in the next few years the notion that ‘Black lives matter’ continues to flourish and it is all lives that matter.  Reflection matters. Let there be no difference.

Dr Ihtesham Sabri is a GP partner in South London

Using “Black lives matter’ is inherently racist. There is a blind spot in people’s mentality and they are afraid to point this out…..
They are afraid of being accused of being racist so regurgitate this racist statement.
It should only be ” ALL LIVES MATTER” !

Yes, Helen all lives matter. And yes, people are afraid to cross into the world of oneness and compassion.

Having just examined medical students at a major UK university, you realise the energy and unconscious bias seeding through our social conditioning, upbringing, naivety, ego, persona and judgement. The actors marks were disproportionate to reality. I could see blatantly that students of colour, which made up 70% of candidates (and hats off to them for stepping up into a warped system), created doubt in an actor’s feedback mark, which was what I would call out as prejudice. Imagine being male, of colour, sat with two white examiners. One would hope for the best, being white and female is a pleasentry we all know about in General Practice. Which is fine, but needs to levelled up. Then you reflect on the documented hush hush CSA scandals, GMC and even hospital and GP “tone” that you see (if you want to) as Hancock nicely said at the despatch box. You understand better why hospital managers are not of ethnic heritage, why so many doctors of colour are held at staff grade, and blocked essentially from training numbers. Why their ceiling is lowered, and effort must be doubled – medicals tribunals are littered with a skew of prosecution.

We are all friends. We were all children one day ago. They brainwashed us, and like the article said, it is for us all to CALL IT OUT. Let go of your ego and superiority traits, whatever your background and education. It’s a conditioning that will only destroy you. And these articles sadly are overwhelming written by those only that know what racism is, you cannot truly comment on it unless you’ve tasted the evil, or been kicked into the gutter and are ready to look at it in the face, or even been held at an airport, or achieved lower objective grades without reason.

It’s a good conversation in good spirit. Must keep evolving for a better world and life.

What an awful depressing article.
Another ‘we should all beat ourselves up all the time’ because this that or the the other isn’t fair.
Well guess what, life isn’t fair.
Misery ad nauseam.

It’s very concerning to find that this level of paranoia in a colleague.

Born Delhi brought up in Lancs, really didn’t believe there was racism. The GMC handling of Bawa Garba and Manjula Arora, followed by a bit of digging taught me this was very real. There is inherent racism and if it’s infected the GMC its just part of the system.
P Duffy makes very good points.
That being said Black Lives Matter are a bunch of corrupt marxists and should have no place in society — they will worsen racism.

Just to help along the ignorant and racists above who decided to get in on this – Black Lives Matter exists because too many people act like they don’, just like their ancestors did. Simple as
Our same group also loses their s*** at BLM because they inherently hear themselves being excluded from mattering, as if society will ever let that happen. If somebody stands up and says that their life matters, they’re not doing it because they’re bored, and it’s not because they want to matter more than you. They are saying ‘Black Lives ALSO matter’
No such thing as ALM, when they don’t actually don’t have the stones to say WLM which they really want to

Ah I see, I understand now. If someone doesn’t agree with your world view they must be ignorant and racist. Is that what it says on your placard and arm band?