Sajid Javid: The health secretary with a banking background 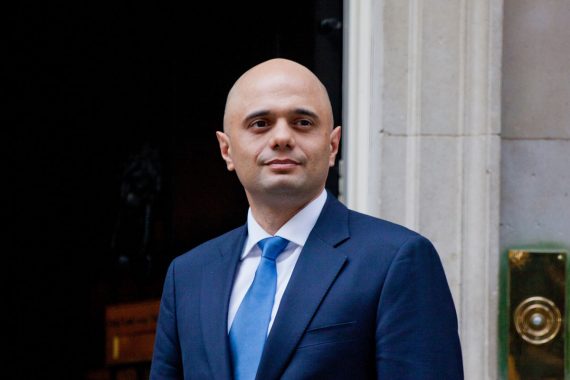 Sajid Javid was appointed health secretary following the resignation of his predecessor Matt Hancock, who stepped down after photos were leaked of him kissing an aide.

Mr Javid has held a number of ministerial positions over the years, most notably as home secretary under Theresa May and chancellor under Boris Johnson – a role he stayed in for six months before quitting after a clash with Dominic Cummings.

Like his two immediate predecessors, Mr Hancock and Jeremy Hunt, he is also a previous culture secretary. Mr Javid, the first British Asian to hold one of the great offices of state, also stood for leader of the Conservative Party in 2019, finishing fourth place.

The MP for Bromsgrove was born in Rochdale, and is one of five sons of parents who moved to the UK from Pakistan.

He studied economics and politics at Exeter university, and worked in business and finance before joining Parliament in 2010. Aged 25, he became a vice president at Chase Manhattan Bank, before later moving to Deutsche Bank in London.

Has he said anything about general practice and the NHS?

Over the weekend, the new health secretary said that his priority is to return the country to ‘normal as soon and as quickly as possible’.

In 2011, as a backbencher, Mr Javid ‘warmly welcomed’ the efforts of Andrew Lansley in ‘modernising’ the NHS, and urged the then health secretary to ‘keep putting patients first by increasing GP involvement in the NHS’.

In 2018, as home secretary, Mr Javid lifted a cap which limited the number of non-EU doctors granted visas to work in the UK to 20,700, at the time stating that ‘doctors and nurses play a vital role in society and…we need more in the UK’.

And in his earlier role as housing secretary, he consistently argued that building new homes without investing in infrastructure, including GP surgeries, would risk ‘putting too much pressure on existing communities that already feel squeezed’.

In January 2020, as chancellor, Mr Javid put the blame for the GP recruitment crisis on Labour.

He said: ‘It is worth reminding Members that one of the reasons the NHS has so many problems, including with the recruitment of GPs and in hospitals, is the PFI policies of the previous Labour Government, which have cash starved many NHS trusts for far too long.

‘We are now putting that right with our historic settlement. The hon. Member is quite right about the importance of recruiting more GPs to have more appointments, and that is why we set out in our manifesto exactly how we are going to do that.’

What can we expect regarding his approach to the pandemic?

Last year, Mr Javid said that he felt the country should be looking to move out of lockdown earlier to support the economy.

The country will ‘have to co-exist with this virus’ for potentially many years, meaning we will need to ‘find a way forward and that does mean you’re relaxing, as much as you can,’ he told Sky News in May 2020.

‘Running the economy hot you could say, in a way that you are trying to take into account, not just the sort of necessity to control the virus, but also the wider impact on society – those job losses, those opportunities foregone, particularly for younger people….all of that needs to be taken into account.’

In March 2020, he said the country faced a new challenge to contend with, adding ‘we must do all we reasonably can to delay the spread of coronavirus and to care for the sick’ and make funds available for the NHS.

Over the weekend, Mr Javid said: ‘I just want to start by saying I think Matt Hancock worked incredibly hard. He achieved a lot, and I’m sure he will have more to offer in public life.

‘I was honoured to take up this position. I also know that it comes with huge responsibility. And I will do everything I can to make sure that I deliver for the people of this great country.

‘We are still in a pandemic and I want to see that come to an end as soon as possible, and that will be my most immediate priority – to see that we can return to normal as soon and as quickly as possible.

‘Now, I’ve got a lot of work to do. I’m sure you appreciate that. And if you can excuse me, I’d like to get on with it.’

This piece will be updated throughout the day

Like I said last week : to all leaders, humble yourself, or the universe will do it for you.
And look what happened.

Reply
Unsuitable or offensive? Report this comment
Turn out The Lights 28 June, 2021 3:28 pm

First a Hunt, then a Handcock, now an ex banker.Oh how I laugh!

And he has already shown a rash propensity to prioritise misguided ‘protection of the economy’ over protecting the lives of people to sustain the future economy as repeatedly shown to be better for health AND ECONOMY in previous plagues !
financial institutions having their oars in inappropriately yet again with total lack of understanding of the REAL factors that could drive economic recovery, and too many people again with hands in the wrong pockets.

Hahahahaha.
Usually no relevant experience would debar someone from applying.
But not in politics, anything goes!
Yet another unqualified joker at the helm.
I despair of these idiots.
Enjoy, folks.
Thankfully, I haven’t got long left.

There’s something not quite right about this health secretary. And that’s the problem.