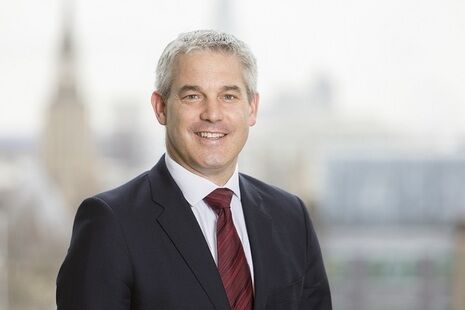 Following the departure of Sajid Javid as health secretary, Prime Minister Boris Johnson immediately installed Steve Barclay, the Chancellor of the Duchy of Lancaster and Minister for the Cabinet Office as Javid’s replacement.

Mr Barclay has served as health minister before – from January to November 2018. But he is most notable for being a Johnson loyalist and a fervent supporter of the leave campaign.

While Mr Barclay didn’t make huge waves as a health minister, it seems as though he has some form for campaigns around GPs.

In 2012, he whipped up a storm by claiming that GPs were receiving £1.6m for ‘writing neatly’. He told the Times: ‘If it wasn’t so serious it really would be funny,’ he said. ‘The reason for highlighting this is to show up a culture of a lack of accountability within the NHS.

A year later, he wrote on Conservative Home about the case of Dr Daniel Ubani, who unlawfully killed a patient by injecting them with 100mg of diamorphine.

Mr Barclay wrote: ‘Five years on, the Department of Health’s decision to draw up a nationwide register of doctor’s [sic] with proven language skills and medical expertise will prevent those unfit to practice like Daniel Ubani from simply moving from one health authority to another. It will also protect future patients and prevent families like David Gray’s from experiencing the heartache of the avoidable death of a loved one.

‘The need for cross-border checks on foreign doctors is all the more pressing given the GMC’s admission that in the last five years, 63% of doctors struck off or suspended were trained outside the UK.’

And in 2014, he continued a campaign against GPs who remove themselves from the medical register before facing a GMC hearing. He told the Telegraph at the time: ‘There is a systemic failure in the disciplinary process that applies to doctors which gives insufficient weight to patients and their families. Voluntary erasure enables GPs to play for time, delay disciplinary hearings and then to walk away before they have concluded.

‘There is a culture of secrecy because names are routinely not made public. In other cases, where doctors have been named, they are able to call a halt to their own disciplinary case.’

He was educated at King Edward VII School in Lytham St. Annes Lancashire before reading history at Peterhouse, Cambridge. He later studied law at the College of Law, Chester. He worked as a solicitor before becoming a politician.

Thanks Pulse for all the information.

Feel the medical profession have really “lucked out” here.

Basically he is a live walking talking edition of the Daily Mail.
The comments around how he thinks accountability is so important and how there shouldn’t be any secrecy made me laugh though. Good one Stevie!
If I wasn’t going to jack it all in soon (retire VERY early) – I might give a sh1t.

The buffoon PM and rickety ol’ cabinet situation seems to be the first recorded case case of ‘a sinking ship deserting the rat’.
So why is Barclay, (lots of money but trying to become as rich as a bank?) not deserting the ‘lacks integrity’ rat also.
Perhaps he too will sink in time.

Here we go again, from the frying pan into the fire…
A populist, “shame doctors first and then investigate” lawyer as the new Health Secretary, and a chum of the PM to boot, what could possibly go wrong?

(Have they now finally found out who put that diamorphine 100 mg ampoule into Dr Ubani’s medical bag?
I thought so.)

I am more interested in how long will he last ? Our fight simply goes on

Who cares ?
He’ll p*** around, tinker at the edges then poke off in a few months.
Another self-serving eel in a suit.

Should’ve just got an American or one of the secret service Harvard graduates in the DoH in, and we can all be done and dusted with the healthcare plans. Rule Britanniamerica..

According to sources quoted in the Health Service Journal, officials dreaded the idea of Barclay ever becoming health secretary because of his attitude and their clashes with him, mostly over health spending. In a damning editorial this week headlined “Steve Barclay is NHS leadership’s worst nightmare” the HSJ’s editor, Alastair McLellan, quotes insiders’ views.1

“A real nightmare, vindictive, arrogant, a bully, hostile to the NHS and all its works, a micro manager of the wrong things, views NHS management as bloated and profligate,” was one of them.

“Never has a politician arrived in the post . . . trailing a worse reputation among NHS leaders than Steve Barclay,” commented McLellan. “His ‘hard edged’ style rubbed people up the wrong way.”

“All the bombast and unfounded assumption of expertise of Hancock but without being a nice bloke,” was how one NHS leader summed him up.

Not the best start, perhaps.