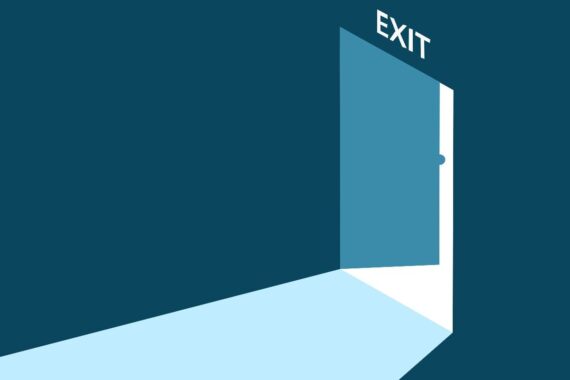 Doctors attending the BMA’s Annual Representative Meeting (ARM) have voted in favour of GP practice withdrawal from PCNs by next year.

Representatives also voted to instruct the BMA England GP committee to ‘act upon the GP ballot of 2021 and to organise opposition to the imposition of the new contract including industrial action if necessary’.

57% were in favour of potential industrial action, while 17% voted against and 26% abstained.

The motion, passed in full, also called for PCN funding to be moved into the core GP contract, with 64% voting in favour.

Proposing the motion, Tower Hamlets LMC chair Dr Jackie Applebee said: ‘PCNs should be abolished along with all the box-ticking.

‘Money should all be paid into core to allow us to determine how services are delivered.’

She added that GPs ‘should be held accountable for this funding’ but that this is ‘not a difficult problem to solve’.

Dr Applebee said: ‘I appreciate that some of you will be against abolishing PCNs. I understand that general practice needs every penny it can get and that the funding attached to PCNs can incentivise GPs to try and make PCNs work, but the truth is that often PCN services struggle to break even.

‘If practices wish to work in networks, they can choose to do this funded from their enhanced core budgets, without the straightjacket structure that is the current PCN contract.’

And she urged delegates to ‘channel our inner Mick Lynch’ – leader of the National Union of Rail, Maritime and Transport Workers – saying that while there are some ‘who will be worried about industrial action’, GPs are not ‘powerless to act’.

‘We are heading for oblivion if we don’t have the courage to fight for ourselves’, she added.

But speaking against the motion, GPCE deputy chair Dr Kieran Sharrock said that in the 2021 indicative GP ballot ‘there was not a strong appetite for industrial action’, although it ‘did indicate displeasure with the PCN DES’.

He added: ‘If there had been, we would have acted on it. Following the imposition of the contract in April this year, the profession may have changed its mind, so if we hear that your mood has changed, we will listen.

He told delegates: ‘LMC conference has voted the PCN DES to be an existential threat to the GP contract, however many GPs do not believe that.

‘Many GPs like the PCN DES, they think it’s helped them and their patients, [and] many GPs have asked me personally to negotiate a contract that supports collaboration and working at scale.’

And GPCE chair Dr Farah Jameel added that while PCNs ‘have presented for many a recurring sore’ thanks to ‘their micromanagement’, they are ‘seen as a lifeline’ for ‘many’.

She told delegates that the indicative ballot results were ‘not enactable’ because ‘the majority of the profession did not vote’.

She said: ‘It was an indicative ballot – let’s call it a glorified survey – and it did not meet the threshold to go out on industrial action.’

But BMA representative body (RB) chair Dr Latifa Patel confirmed that the RB ‘can instruct GPC England to act on’ the ballot and ‘organise opposition’ to the imposed GP contract, including ‘industrial action if necessary’ – as set out in the motion.

She said: ‘We have had an opinion from our legal team and RB can instruct GPC England.’

Last month, the GPC committed to policy that PCNs pose an ‘existential threat’ to the independent contractor model.

The 2020 England LMCs’ conference had voted in favour of a similar motion, meaning this should have already represented GPC policy for the last two years, but Pulse understands this is the first time the GPC has actively voted for the policy.

The BMA’s indicative ballot in November showed over half of GP practices were willing to opt out of the PCN DES as part of a range of protest measures concerning the Government’s GP access fund.

Motion by LONDON REGIONAL COUNCIL: That this meeting supports GPs fighting to defend the GMS contract and NHS independent contractor status. The long-term GP-patient relationship and the right for GPs to control their workload in a safe way is essential for the future of general practice. We applaud the South Staffordshire motion passed at the 2021 LMC conference which called for GPCE to negotiate the end of the Primary Care Networks (PCNS) from 2023 as they ‘pose an existential threat to independent contractor status’ and this meeting:-

i) calls on GPCE and the BMA to organise the withdrawal of GP practices from the PCNs by 2023; PASSED

ii) calls for PCN funding to be moved into the core contract; PASSED

iii) instructs GPC England to act upon the GP ballot of 2021 and to organise opposition to the imposition of the new contact including industrial action if necessary.  PASSED

Opinion: An imposition – thoughts on the PCN DES

Seasons of change: What does the future hold for PCNs?

Well , BMA needs to show some real muscles and teeth as far as these motions are concerned .
Whether PCN was a Trojan Horse or a genuine means of moving forward , one thing is evident that health inequalities are worsened rather than improved . Bigger PCNs in affluent areas have more chances of recruiting ARRS and establishing a healthier managerial infrastructure. But I am afraid , this does not represent the majority in the big picture. While I have all understanding of those supporting the PCN ideology, the reality is an existential threat to most GP practices and just bestowed the government to remove individual practice funding to network or group funding , imposing more unrealistic demands and targets as well as stealth austerity by moving more workload from secondary to primary care .
Count the number of PCN clinical directors who have been burnt out and left the playground last two years , you would realise how dangerously flawed the ideology is .
My view

My view. You could’ve just opted out.
Not rocket science.
But you wanted the pocket money, then wanted to complain. Now they’re coming for you and big data. To repay monies worth.

At least the practices will see their PCN leads, chairs etc coming back into the surgery to see patients.

I remain staggered that all except 7 practices in England signed up to this. And then proceeded to complain about the various DES impositions. Despite the motion, far too many vested interests to reverse whilst we all drift inexorably to a salaried vertical integration model delivering the latest non EB initiative from NHSE and HMG. Easy for me to walk after a 35 year career, but terrible for those that follow.

Michael – how did you find out that only 7 practices in England had a spine? I was looking for that data.

If our representatives keep voting to leave the PCN DES, why can’t we leave? How many votes do we need to have? It’s a Trojan horse, designed to undermine our autonomy and force more work and responsibility in our direction. When will we get the backbone to say no to this drivel?

As Michael says – what I find absolute comedy – is that those who signed up (initially out of fear, subservience and copycat sheepish behavior and who never read the contract in the first place) essentially had free money owing to the pandemic. Then the contract and specification ramped up. And they complained because they didn’t like the spec, but still opted in at round 2. They were fleecing the ARRS extras. Diverting work with extra staff, but still not picking up their phones or offering core access to their patients. Extra money, extra staff, less access. Makes sense. Worse reviews, worse satisfaction and tax payers monies taken.

I think what the Government have done, is that they are willing in the short term to make a loss, even if care is worsened and there is no metric to prove a PCN is a useful model, IF (and it is almost a certain if now, due to the sleep walking humdrum same-same GPs) in the longer term General Practice ends, actually fragments, individual practices are silenced and obliterated into a grey homogeneous inert block and ICS vertical integration and hospital led governance ensues.
Essentially General Practice has been stabbed in the back, by it’s own naive GPs.
How stupid.

Given the BMA’s track record be it with GPs, Consultants or Junior Doctors, do we really trust them to look after our best interests. We would do better to join the RMT. At least they have some fighting spirit in their ranks. We just seem to enjoy complaining.

So GPs have now taken matters into their own hands and got ARM to pass this motion since the BMA / GPC exec weren’t acting on similar motions passed by LMC conference and GPC itself. That shouldn’t have needed to happen.
A GPC exec member should not be speaking against this sort of motion, given the mandate the aforementioned motions gives him / her. Anecdotal conversations with GPs and personal opinion does not trump the representative view, and this actively undermines conference and GPC members by suggesting they are not representative of the profession.
GPC exec seem to argue that the ballot was informal and indicative when it suits them, and then argue that it didn’t meet the threshold (which is not something an indicative ballot/’glorified survey’ can do) when they want to rely on it as the reason they didn’t pursue the IA agenda.
I have no confidence that we have the right executive team to take forward this motion that ARM has passed and I would like to see a GPC member propose a. One of no confidence.

PD – our medical accountants have national data and supplied us with this number which they were convinced was correct
PS: keep up the good work!

I have heard threats on industrial action many times in past . It never happens .

Sharrock and Jameel should stop bleating. As Dr Applebee says, if funding goes into core contract, where practices find collaboration useful they can use it to their benefit, where not they don’t have to. And exactly Clare Sieber, anecdotal accounts of individuals saying we like PCNs is not kind of useful data at all. And irrelevant because if they like them they can keep using them, but once the funding goes into core contract they don’t have to. Or practices can use them as they see fit. The reasons why Sharrock and Jameel are supporting the status quo is not clear, vested interests or being wet and toeing the NHSE/government line. I suspect the latter. But certainly their bleating is not valid. For the reasons I have already given.

The only place I see PCNs working well is single practices large enough to have their own PCN – so not networks at all, really. For smaller groups of practices, the “network” part is an administrative and legal lash up and the time overhead required to draw up and enforce legal agreements, share funding and staff, and have meetings is bordering on exceeding any benefit derived from being in a PCN – certainly, the money would be more efficiently deployed if it came straight to practices.

The next time industrial action is proposed, can the BMA please be courageous and use the word “money” – it requires no apology. Yes, it is about patient care and yes it is about patient safety, but fundamentally it is about money, because without adequate funding and support, practices collapse leaving communities without GP surgeries and GPs partners bankrupted.