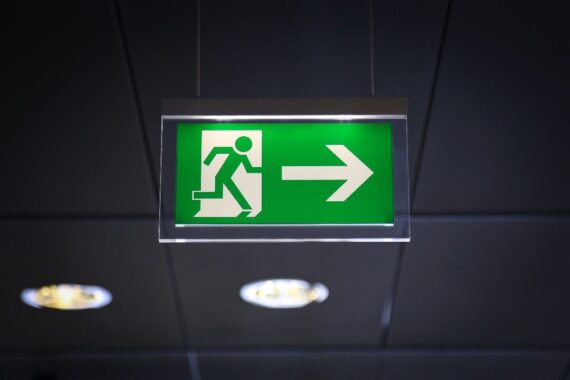 GP representatives attending an England LMCs’ conference in 2020 had voted in favour of a similar motion, meaning this should have already represented GPC policy for the last two years.

At a quarterly GPC England meeting last week, representatives voted in favour of a motion that said the committee ‘reaffirms’ this.

But Pulse understands this is the first time the GPC has actively voted for the policy.

The motion said the committee ‘reaffirms the belief (as also expressed by Conference) that PCNs pose an existential threat to the independent contractor model’.

Pulse understands it was passed by only seven votes – with 27 GPC members voting in favour, 20 voting against and seven abstaining.

Another part of the motion – which was also passed – reaffirmed the GPC’s ‘commitments’ to the independent contractor model as a whole, saying the committee ‘renews its efforts to supporting the model’.

And the GPC also voted to ‘[reject] NHS England’s approach in replacing general practice with a one-size model all-salaried service’.

BMA England GPC chair Dr Farah Jameel said: ‘General practice has evolved over many years, changing to meet the needs of communities, but with the independent contractor model sustaining as the core on which it is built.

‘We know that patients appear to benefit from continuity of care, with the quality, strength and consistency of their relationship with their family doctor having a significant impact on their health outcomes. All of this and more is possible through the independent contractor model.’

She added: ‘The outcome of this motion reaffirms the committee’s wholehearted support and commitment to this model that allows for high-quality, cost effective and timely care, despite it being poorly valued by policymakers.

‘And it further demonstrates how important it is that the profession stands together with strong representation for all GPs, regardless of career path, at a time when general practice and the whole of the NHS and care system are facing unprecedented challenges.

However, although the committee voted to recognise that GP contractors’ working conditions are ‘deteriorating’, a part of the motion calling for a change to BMA rules to allow the formation of a separate GP partners’ committee was not passed.

In March 2020, GP leaders at a special LMC conference voted to reject the primary care network DES that was agreed as part of the 2020/21 GP contract in England.

The 2020 motion said that the conference ‘believes the PCN DES is a Trojan horse to transfer work from secondary care to primary care and that… this strategy poses an existential threat to the independent contractor model’.

It comes as a major Pulse survey has revealed the extent of the GP partnership crisis, with 40% of partners considering taking salaried roles.

The findings come amid an ongoing shift towards sessional work among GPs – with around half of the workforce now made up salaried and locum GPs.

Earlier this year, it was reported that health secretary Sajid Javid was looking to roll out the ‘Wolverhampton model’ – which sees GP practices taken over and run by a hospital trust – across England.

And in March, a report by think tank Policy Exchange and backed by the health secretary recommended that the GMS contract be phased out by 2030 and most GPs be contracted by scaled providers such as hospital trusts.

(i) Reaffirms its commitments to the GP independent contractor model and renews its efforts to supporting the model. PASSED

(ii) Recognises the deteriorating working conditions of GP contractors throughout the country. PASSED

(iii) Will pursue a change to BMA articles and bylaws to allow the formation of a separate GP contract-holders committee. FELL

(v) Reaffirms the belief (as also expressed by Conference) that PCNs pose an existential threat to the independent contractor model. PASSED

Hard times. The profession must hold together and ultimately wrest control back from the meddlesome politicians. Good leadership Dr Jameel.

I’ve always said this. Most of you are naively herded up as sheep. Maybe you want some pocket money before you jump ship? God knows. When your CDs resign in a year or two, no one will take up the vacant post, they’ll get an ICS manager in or company run by the Trust or America. Then you’re sunk. They’re coming for your appointment books and want rid of your receptionists for a generic one in a room down the road. Well done to anyone that opted out.

I was one of us who were using terminology ‘Trojan Horse’ and ‘existential threat ‘ early in the beginning of the PCN story on this platform .But as most of those who know me well , I became one of the few PCN-sceptics as a clinical director. I have seen and known the arguments from both ends . The reality we are facing is :
(1) This government is to phase GMS contract by 2030 .
(2) There are indeed colleagues who found themselves in a relatively better position after giving up the GP partnership and becoming salaried or locum( some even ended up in the grabbing hands of private companies). Those who were taken over by hospital trusts must have seen the benefits outweighing disadvantages before making the final decision . That should be well respected .
(3)For QOF( appears to disappear soon), PCN targets with their funding , supervision/continuous training of additional roles , recruitment( the list goes on) , all these need a sound managerial infrastructure with common sense , flexibility and a will to push back for unrealistic expectations from the system . Yes , it is easy said than done but does not mean totally undoable if this infrastructure is resourced adequately. ( And you all should know my definition of resources by now ). Our enemies must be a lot more realistic than they are right now .
(4) Pension and associated tax liabilities are simply encouraging partners to do less . However , I do believe self-employed , independent contractor status remains the must cost-effective option .
(5) My opinion is , unless the government is willing to treat GPs the same as hospital consultants in any proposed contract , the one size fits all ‘all going salaried phasing out GMS contract’ is potentially the new Trojan Horse delivered by our enemy.

Farah , you have my full respect and support under this political climate fraught with dilemmas and contentious issues walking the wire . Every decision made by GPC will be under scrutiny and criticism . Colleagues from various backgrounds will have their say ( I clearly don’t want to use the word moaning) but I am sure overall feeling is unpleasant for majority of us .
Perhaps GMS is really going to go completely
Perhaps it may be called something else
Perhaps …….
For me , our enemies must return to the negotiating table in any case 😑

Better late than never I suppose, the profession needs to wake up and withdraw on mass to stop this PCN madness.