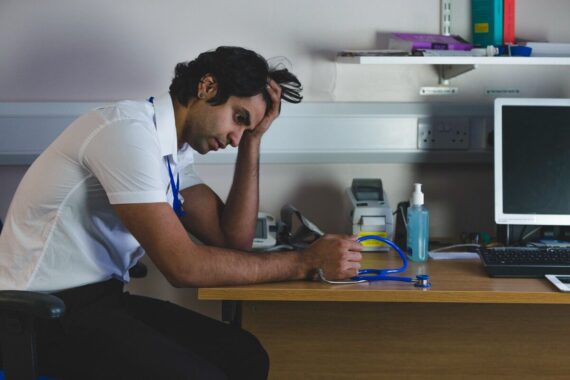 Representatives attending the annual conference of UK local medical committees (LMCs) next month will vote on policy to reduce core GP hours to 9am until 5pm.

Current core opening hours in UK general practice are 8am to 6.30pm.

Avon LMC will propose the motion which says ‘urgent action’ should be taken to manage the imbalance between workload and workforce within general practice, and ‘demands that the core GP contract is reduced to the hours of 09.00 to 17.00’.

Another motion to be debated said the public have come out of the pandemic with ‘additional and unrealistic expectations of general practice’, and another called for GPC UK to ‘further develop, publicise and strongly advocate worked-up plans to introduce safe workload limits’.

Meanwhile, in light of the pandemic GP face-to-face row, Northern Irish representatives will propose that the GPC UK works ‘proactively’ to ensure that ‘the public know that their practices are, and have been, open’.

The conference will also vote on topics including:

Meanwhile, reflecting the recent fallout within BMA England’s GP Committee, West Sussex LMC is due to propose a motion to ‘remind’ GPC UK that the LMCs conference ‘exists to formulate policy which GPC UK should endeavour to implement’.

The in-person UK LMCs Conference will take place in York on 10-11 May.

AVON: That conference believes urgent action should be taken to manage the workload / workforce mismatch within general practice and demands that the core GP contract is reduced to the hours of 09.00 to 17.00.

AGENDA COMMITTEE TO BE PROPOSED BY AYRSHIRE AND ARRAN: That conference has observed that the public are emerging from the pandemic with additional and unrealistic expectations of general practice, and:

(ii) believes that more support is needed for patients to make informed choices for their personalised care that avoids duplication, is truly necessary and free from harm, and prevents or reduces medical intervention

CAMBRIDGESHIRE: That conference believes that the continued political and media pressure for general practice to meet demand over need in a chronically underfunded health service is not only unacceptable, but is also directly responsible for the demise of general practice, and:

(i) calls on the Secretary of State and DHSC to cease using the media to desecrate general practice, and to be honest with patients about what services can be offered through the NHS

(ii) calls on GPC UK to further develop, publicise and strongly advocate worked-up plans to introduce safe workload limits for general practice that does not constitute a breach of contract.

AGENDA COMMITTEE TO BE PROPOSED BY CLEVELAND: That conference, with regards to current workload within general practice:

(i) believes that patient safety is paramount

(iv) calls on GPC UK to further develop, publicise and strongly advocate worked-up plans to introduce safe workload limits for general practice that do not constitute a breach of contract

(v) calls on the GPCs to use data on safe workload to renegotiate the GMS contracts with workload limits in order to protect all general practice staff and patients.

AGENDA COMMITTEE TO BE PROPOSED BY NORTHERN IRELAND CONFERENCE OF LMCs: That conference applauds the efforts of health and care workers during the pandemic, and:

(i) praises general practice for continuing to deliver safe and effective healthcare throughout, including face to face consultations where appropriate, alongside the vaccination programme

(ii) calls upon GPC UK to work alongside Northern Ireland GPC, GPC Wales, GPC Scotland and GPC England in proactively ensuring that the public know that their practices are, and have been, open

(v) calls on the BMA to lobby for increased sentencing for those abusing general practice staff.

AGENDA COMMITTEE TO BE PROPOSED BY LEEDS: That conference is seriously concerned by the impact of waiting times for secondary care NHS treatment, both on patients who are waiting unacceptably long times for appointments and on practice workload, and:

(v) insists that if a referral from general practice is declined for whatever reason, then this should be communicated by a named, accountable individual.

NORFOLK AND WAVENEY: That conference asks GPC UK to work with relevant bodies across the UK to ensure that all secondary care speciality training should include a mandatory three-month placement within general practice.

AGENDA COMMITTEE TO BE PROPOSED BY WESTMINSTER: That conference is deeply concerned by the rise in health inequalities in our communities and calls upon GPC to:

(iv) negotiates for fairer funding of vaccinations which does not financially discriminate against practices with low vaccine uptake.

CAMBRIDGESHIRE: That conference notes the recent ‘folic acid’ legal case in the media, and supports GPC UK researching the benefits of a no-fault medical compensation scheme to replace the current tort-based system, with the intention of providing this data to the government to add weight to their patient-centered reviews, particularly assessing whether a no-fault scheme would:

(ii) improve doctors’ and patients’ experiences of resolving a claim, particularly with regard to mental health impact

(iii) improve patient safety by enabling doctors to more freely admit to adverse events and share learning from these episodes.

WEST SUSSEX: That conference reminds GPC UK that conference exists to formulate policy which GPC UK should endeavour to implement, and calls for GPC UK to publish:

(ii) a formal biannual report against the business plan, published on the BMA website, and made available to LMCs at least one month prior to the closing date of motion submissions to conference

(iii) a quarterly report against the business plan to LMCs.

This is exactly the right approach for industrial action. So in order it should be:
– pass this motion.
– try to negotiate with NHSE who will just ignore the GPs.

Then instruct as part of industrial action that core appointments should only be until 5pm. After 5pm all non urgent work deferred until the next day. All emergencies to the emergency department.
There might be a tiny slither of work that falls between the two – i.e. pain killers for a palliative patient.

It’ll take steps like that to bring NHSE to negotiate in good faith. Otherwise they will continue with imposition after imposition.

And what about a policy of Plan B when NHSE plays lip service to the above! Am not interested in industrial action, want to see an alternative plan on the table, anything else is just posturing, not holding my breath tho!!

Doubleplusgood : the thoughtpolice took my last comments down.

Think a 9-5 core contract opens GP up to a salaried service – which is maybe what is needed. However will lead to a reduction in autonomy both perceived and real.

Have you tried calling any professional at 8am? No, just you.

9 to 5 , 8 to 6 is all a distraction. most of our Drs start at 8 am to avoid an extended commute!
It is about what we are expected to do within the hours which is about number and length of consultations that need to be defined and a decision on how we continue to offer home visits and how we insist secondary care do their work.
There is clinical work we can stop doing if there isn’t enough capacity in the system but focusing on CQC, admin etc is meaningless when you have 100 people asking for appointments when there are only 50 available first thing in the morning.

Reply
Unsuitable or offensive? Report this comment
Turn out The Lights 26 April, 2022 10:18 am

Correct is all about capacity in a shrinking burnt out work force.This will not address the workload issue ,neither will working at scale.GP land has been put to the sword and both the BMA and RCGP have been complicit in the action.This tinkering around the edge will not stop what is happening NOW.Collapse.

The Government will see this 9am – 5am.
Tick.