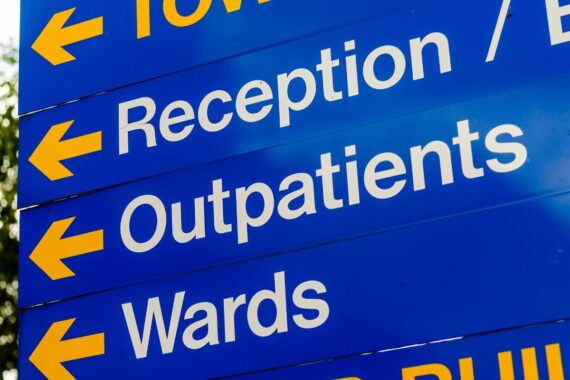 Exclusive The Royal Wolverhampton Trust is exploring alternative solutions to fill GP vacancies in the eight fully salaried practices under its control amid ‘high’ cost pressures from existing vacant posts.

The Wolverhampton model, which sees the trust employing salaried GPs to work across GP practices, was highlighted earlier this year after reports that former health secretary Sajid Javid was looking to roll it out across England.

But Board papers published by the trust on 2 August said that it is struggling to recruit, with 4.8 whole-time equivalent GP posts currently vacant.

The minutes from a meeting of the trust’s performance and finance committee dated 22 June said deputy chief people officer Adam Race ‘confirmed that the vacancy factor relates to 4.8 GPs within the service and confirmed that costs were high’.

The report added that the vacancies were creating ‘a pressure on agency spend’ but that the trust ‘is not planning to fill some of the GP vacancies and is instead looking at alternative solutions’.

A spokesperson for Royal Wolverhampton Trust said: ‘In line with the current national shortage of GPs, we are always exploring alternative options.’

Pulse reported earlier this year that the trust is also in the process of merging the eight GMS contracts under its control into a single contract.

An update on the merger in board papers published by the trust on 7 June said it had ‘received agreement from the CCG that all of the GMS/PCN monies can flow to the trust account to assist with flow of finances’.

The trust told Pulse that moving the funding from multiple separate accounts to the trust account was an ‘administrative task’ and had been undertaken subject to the agreement of the individual practice contract holders and in agreement with the Integrated Care Board (ICB).

A report from a committee meeting on 23 March said that the trust has been working with the existing contract holders ‘over the last six months to gain their support to merge to a single GMS’.

According to the report, the trust has also received ‘verbal feedback’ from NHS England on the change of property arrangements so that ‘partnerships will not need to hold a lease, which will eliminate any liability issues’.

‘The Trust will hold a lease between the Trust and each of the respective landlords, with the exception of one which has further complexities around the partnership model,’ it added.

A spokesperson for trust added: ‘As part of our vertical integration model, we have always worked to identify opportunities to support primary care to be as efficient as possible, releasing clinical staff to focus on patient care. This potential merger of practices continues this good work and creates more opportunities to improve, such as aligning our EMIS system.’

The Wolverhampton model started in 2016 with three practices and housed nine until recently, when one left due to the challenges of it sitting in a different CCG area.

It was highlighted in an article in The Times in January – based on a letter from Sajid Javid to the Prime Minister seen by the newspaper – which said that the then health secretary was considering introducing academy style ‘reform trusts’ that would bring together primary and secondary care. It added that the idea had been ‘dubbed the Wolverhampton model’.

In March, a report by think tank Policy Exchange recommended that the GMS contract be phased out by 2030 and most GPs be contracted by scaled providers such as hospital trusts. In a foreword to the report, Mr Javid said that it ‘offers some credible ideas and insights’.

HaHaHaHaHaHa. Good luck with this model. I do hope the locums are charging em like a wounded rhino. Market forces in action for the capitalists.

A great example of how the NHS is being ruined. Bureaucratic organisations vying for power and influence to build their own little empires while allowing practices to wither, eventually with posts filled by poorly educated substitutes such as pharmacists paramedics and others, all of which will drive up costs because they will mis-diagnose and mismanage patients. It is already happening.
The cost pressures come from building and staffing their own empires of uselessness.
A word of caution. I spent a day shadowing fr a trust (not one of those named) and withdrew my application as the service was neither safe nor effective. GPs are, or were, flexible and dynamic, responding to patients real needs rather than slavishly following pathways created by bureaucrats, all of which pathways end in increased waste and inappropriate use of scarce resources,
What is needed is managers who can manage, guided by clinicians, and get rid of all existing NHS staff who keep going around and around the same old circles doing nothing different other than changing their titles and voting themselves higher salaries because of all of their extra responsibilities. No wonder GPs are leaving in droves.

Data in the HSJ suggest…
1. per capita GP numbers in the area are around average
2. they are the second worst area for patient satisfaction rates
The data, alongside their struggles to recruit, suggest…
1. they are terrible employers, and
2. they offer a poor service
which in turn suggests…
1. they don’t really know what they are doing

On a related note, Pulse – are you going to cover the withdrawal of Babylon 2 years into their 10 year contract with several acutes?
https://www.hsj.co.uk/technology-and-innovation/babylon-ends-partnerships-with-acute-trusts/7032916.article
Interestingly the HSJ data suggests this was the worst performing area for patient satisfaction.

When will politicians learn to work with us rather than try to replace us?

Politicians hate us. We earn more than they do unless they are taking dirty money oops I mean advisory roles. By and large we are the people who did better at school and if we are honest got treated differently as a result. It is jealousy. Having to admit we could halp them with some of the problems just drives them completely mad. Like a bully having to ask a victim for help.

some years ago i offered a local practice, (mis)managed by the health authority, help. their response was “no thanks, we can manage”. fine by me – another job i don’t have to do !

by the time they discovered that they couldn’t manage, i was working elsewhere.

Reply
Unsuitable or offensive? Report this comment
Turn out The Lights 5 August, 2022 1:48 pm

Interesting that he “has been a faculty member at the Harvard Macy Institute of Harvard University in the USA.”

Not long for the Panorama programme.

AMF(*)YOYO as they used to say.

Both the article and some of the comments make assumptions here.
I’ve been Locum/Salaried all my GP career (almost 30 years) and been, mostly, happy with this.
I also currently work for a group of practices solely managed by the local Acute Trust.
We too have recruitment issues both no better nor worse than the local partnerships.
My practice was originally jointly managed by the Trust and 2 local Training practices until the latter pulled out last year. Prior to my joining, a GP OOHs provider ran things and management has not declined since they lost the contract. Colleagues say things are no better either.
I personally am retiring in 21 days; I’ve already taken VER from them and have no intention of ever working in a medical capacity ever again.
The triggers were Legion and if anything my personal experience has improved slightly since the takeover.
The biggest reason for leaving is the increasing burden of being the senior GP in terms of experience. Everyone seeks advice; some GP Colleagues even – dare I say it? – dump difficult things on me without prior discussion.
It is true that non-GP alternatives in primary care need GP support.
Providing that support, with appropriately protected time, as been the single shining point in the increasingly depressing period of the last couple of years.