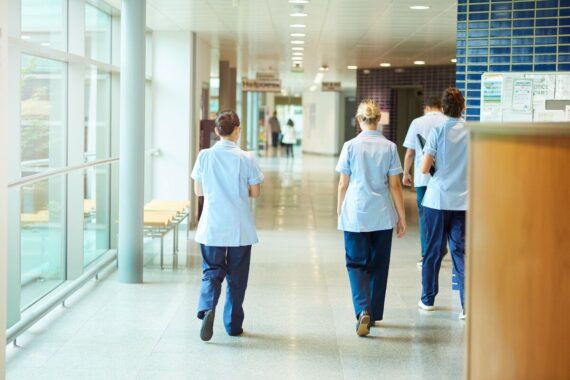 Exclusive: The Royal Wolverhampton Trust is proposing to merge the eight GMS contracts currently held by the GP practices in its ‘vertical integration’ model, Pulse has learned.

Under Wolverhampton’s existing integrated arrangement, the eight practices continue to hold their GMS contracts and subcontract to the trust, with all GPs employed by the trust.

But a report included in the minutes from the trust’s board meeting on 5 April states that it is now considering merging these contracts into one.

The trust was highlighted in reports earlier this year that health secretary Sajid Javid was looking to roll out the ‘Wolverhampton model’ across England.

The trust’s Performance and Finance Committee report, dated 31 March, said: ‘The Committee noted the proposal to merge the eight GMS contracts held by the GP practices into one and the risks identified.’

It added that the trust was taking ‘legal advice’ on the proposal and ‘working on resolving issues around the leases or premises’.

Deputy chief operating officer for Royal Wolverhampton Trust Sian Thomas said: ‘Merging the contracts is one of the steps we are exploring as we continue on our vertical integration journey.

‘We are currently working in partnership with our eight GP practices and the contract holders to determine what is the next best step to take, that will bring the most benefit for our patients.’

Wolverhampton’s model started in 2016 with three practices and housed nine until recently, when one left due to the challenges of it sitting in a different CCG area. The remaining eight practices form the Royal Wolverhampton Trust Primary Care Network.

The model has been in the spotlight in recent months, after an article in The Times in January – based on a letter from Sajid Javid to the Prime Minister seen by the newspaper – said that the health secretary was considering introducing academy-style ‘reform trusts’ that would bring together primary and secondary care. It added that the idea had been ‘dubbed the Wolverhampton model’.

In March, a report by think tank Policy Exchange and backed by the health secretary recommended that the GMS contract be phased out by 2030 and most GPs be contracted by scaled providers such as hospital trusts. In a foreword to the report, Mr Javid said that it ‘offers some credible ideas and insights’.

GP-hospital mergers can be a great option for some

The final nails in the coffin that is now primary care have arrived. GPs will be a sub species of doctor by a controlling, inflexible and unresponsive secondary care organisation.

Reply
Unsuitable or offensive? Report this comment
Slobber Dog 6 May, 2022 8:58 am

Reply
Unsuitable or offensive? Report this comment
David Church 6 May, 2022 10:16 am

Merging would involve a huge amount of work and lawyers fees as a one-off now, and same if ever a need to divest to new Partnerships in the future, and for what? What would be the difference in terms of money or work savings of changing the leases to one single block lease (presumably to the later date of the individual ones) – I would not expect any benefit there at all.
In terms of the contracts : if all the staff are now hospital employees, there would be no difference for Personnel dept.
The only other difference is that if all NSF/QOF data and prescribing data is merged blindly, there would be no way to tell if one of the locations was an outlier in terms of any variables like odd prescribing, odd referral patterns, or service failures in an individual location.
So, totally no beenfits to local health services or finances at all in merging the leases and contracts :- except that it stops new Partnerships from being able to consider taking on anything smaller than all 8 together. Now why would that be of any benefit to anyone?

Reply
Unsuitable or offensive? Report this comment
Kevlar Cardie 6 May, 2022 11:51 am

GPs drafted in to hospital to backfill gaps on hospital rotas.

Push your own bl**** notes trolley.

I remember when the tories spaffed £2 billion up the wall bringing in gp fundholding so that GPs were free to refer to other hospitals to encourage a market and bring down costs. Prior to this GPs could only refer to their local hospital.
Is this now an admission of a Tory U turn?

Yet another health minister wants to demonstrate his powers by moving his tin soldiers around on the Healthcare battlefield. Hunt was no different either.

Funny how the DoH – rekindled it’s friendship with Prof Field. You know the Prof – the one that closed down small practices. Funny that.

As you may have read – Professor Field is a “faculty member at the Harvard Macy Institute of Harvard University in the USA”. How interesting. Harvard.

There was a time not long ago when the innovation that arises in independent General Practices was recognised by the NHS chief executive as a precious asset not to be squandered.

Now, the NHS seems to be run by people who only know of two processes, merger and integration, and assume all problems can be resolved by applying them in all scenarios.

I find the saying about chucking the baby out with the bath water coming to mind with increasing frequency of late.