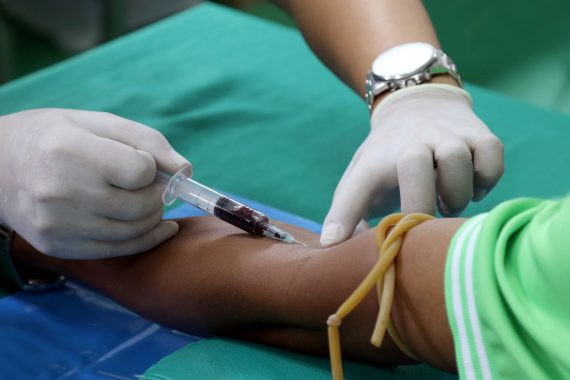 GPs should consider periodic vitamin B12 testing of higher-risk patients who take metformin, even if they don’t display symptoms of deficiency, UKHSA has said.

Metformin is known to reduce vitamin B12 levels in patients, which may lead to vitamin B12 deficiency, but new UKHSA guidance pointed to research which had showed that the ‘frequency of this adverse drug reaction is higher than previously thought’.

Based on this, product information has been updated to advise healthcare professionals to ‘consider periodic vitamin B12 monitoring’ in patients on metformin ‘with risk factors’ for vitamin B12 deficiency, as well as those on a higher metformin dose or who have a longer treatment duration.

UKHSA said risk factors that could prompt screening include:

According to the guidance, patients with a B12 deficiency ‘can be asymptomatic or they can present with symptoms of megaloblastic anaemia or neuropathy or both’.

Other symptoms of low vitamin B12 levels may include: mental disturbance (depression, irritability, cognitive impairment), glossitis (swollen and inflamed tongue), mouth ulcers, and visual and motor disturbances, it said.

The mechanism as to why is ‘currently thought to be multifactorial, comprising altered intestinal motility, bacterial overgrowth, and reduced uptake of vitamin B12 within the small intestine (or a combination of these factors)’.

‘It is important for patients with anaemia or neuropathy caused by vitamin B12 deficiency to be diagnosed and treated as soon as possible to avoid the development of permanent symptoms,’ UKHSA said.

Dr Aythen Sohrabe, a London GP with a special interest in diabetes and chronic kidney disease, said he was ‘not surprised to see’ the update.

He told Pulse: ‘I did a safety netting clinical protocol in our surgery Emis system which will alert clinical team to check B12 levels on those patients who are on metformin about seven years ago and we picked 15-20% of low B12 level when we audited our patients.’

He added: ‘We check the B12 on yearly basis on those patients who are on high dose or on long term as good practice.’

He said: ‘Checking B12 levels can be done alongside planned blood tests for patients taking metformin but it would be a concern if the publication of this guidance encourages large numbers of these patients requesting appointments solely for this to be checked rather than waiting for their annual review.

‘Practices are already overwhelmed trying to manage current demand and its imperative that any organisation suggesting new activity factors in the cost and workload implication for general practice.’

Professor Azeem Majeed, professor of primary care and public health at Imperial College London, said: ‘I think the guidance is rather vague and not very helpful for GPs or patients.

‘For example, it advises testing if “[B12] deficiency is suspected (for example, in patients presenting with megaloblastic anaemia or new-onset neuropathy)”. By this point, patients will have suffered significant medical problems and B12 deficiency should be identified before reaching this stage.

‘For patients on metformin without signs of B12 deficiency, the guidance recommends “consider periodic vitamin B12 monitoring in patients with risk factors for vitamin B12 deficiency”. However, it doesn’t define the at-risk groups well or how frequently they should be tested.

‘It really needs to state precisely what patients on metformin need testing and how frequently. Once this information is available, it should be possible to flag these patients and ensure they have a B12 test along with their other routine diabetes blood tests.’

Dr Jane Wilcock, a GP in Salford, said: ‘It has been known for decades that vitamin B12 levels can be reduced by metformin use.

‘Minimising risks of neuropathy is important for people with diabetes and will reduce costs of management of neuropathy at NHS – medication and repeat consultations – as well as at person level.

‘Metformin is a common therapy for diabetes and diabetics have a structured recall in general practices with chronic disease review and blood consultation, at least annually. Therefore, it is not a disruptive of costly intervention to implement.’

But she added that ‘issues in implementation are that people with slightly low vitamin B12 often end up on a multiple injection regimens initially, regimens designed for pernicious anaemia’.

‘Many of them would cope with oral vitamin B12 and long-term, once corrected, dietary advice or continued oral therapy. Some will need injections, most not at the initial high rates of injection.’

Vitamin B12 injections featured among workload that the RCGP and BMA recommended GPs could postpone while focusing on Covid vaccinations last winter.

The cost of anti-diabetic drugs to the NHS, such as metformin, sulfonylureas and SGLT2 inhibitors had risen by 62% in the past five years to a high of £686 million, according to a report last year.

That’s a weight on my mind

We already do this anyway, old news!
Also, what does it mean by periodic?

Someone’s fallen out of the NICE ivory tower and cunningly cushioned the impact with their head.

Old news. The news should be “Government U-turns on letting GPs order tests that they need without some poxy local scheme tracking their data and telling them why they ordered a B12”.

This involves a lot more work than one additional blood test; a large proportion of the results are borderline, and require significant time to investigate.
Testing also creates additional medico-legal hazard.
Where is the evidence that screening improves outcomes and is resource-effective?

Best ignore suggestions for extra work from the Good Idea Fairy unless it comes with either extra funding, or the option of stopping doing something else.

There’s a huge difference between a low B12 blood test and clinically relevant deficiency. Add to the fact that the blood assay is rubbish and IM hydroxocobalamin is a drug of abuse then this is the very definition of making a rod for your own back.

And who takes blood with a syringe and needle whilst wearing a watch?