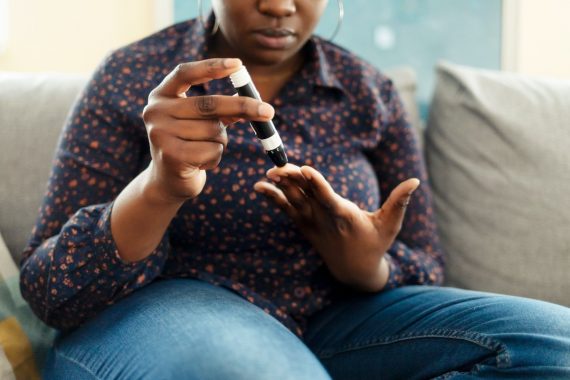 The proportion of patients with type 2 diabetes who have had recommended health checks has fallen substantially, provisional data from 2021 suggests, as have the numbers hitting key disease control targets.

In response, primary care experts have called for GP practices to receive targeted investment to focus on the checks, which they had to deprioritise as the vaccination programme was introduced.

National Diabetes Audit figures for England from January to September 2021 showed that:

There are now 3.24 million people with a diagnosis of type 2 diabetes in England, the data across all GP practices shows.

Speaking with Pulse, Professor Partha Kar, NHS England national specialty advisor for diabetes said while this was not the final data, a drop off had been expected for a range of reasons outside GPs control.

‘What we have seen is that there was a massive drop off in wave one. Then around the middle of 2020 it started to pick up again but then it’s dropping off again so irrespective of data cleaning, I suspect you will see a massive drop off compared to where things have been over the last four or five years.

‘We need to be very clear its not because anyone was twiddling their thumbs, it’s because primary care was asked to do something else.

‘We can’t go back to primary care again for the vaccines because they are being taken away from the thing that they’re amazing at which is delivering long-term conditions at scale.’

For diabetes control, there are multiple factors at work including people putting on weight and doing less physical activity during the pandemic, he said. Work is being done to look at the impact on outcomes, he added.

According to Professor Kar, primary care needs direct investment with no strings attached to get back on track.

‘So you need support and you need a long-term conditions recovery fund for primary care.’

Funding could be used extra clinics and making use of other healthcare staff to deliver checks as well as greater use of technology to help patients self-manage their condition, he said.

‘Some disruption to health services for people with long-term conditions was to be expected because of the pandemic. Hospital waiting lists for example are at record levels.

‘My own view is that most GPs and their teams have performed exceptionally well during the pandemic – keeping most services for acute and long-term conditions running, implementing infection control measures, delivering the majority of Covid-19 vaccinations, and maintaining good performance in areas of preventive care such as childhood vaccinations.’

In our area, the figures for checks on Type 1 diabeteics are even worse. At least we have the ‘excuse’ in primary care that we’ve been doing vaccines.

So did the whole planet. And?