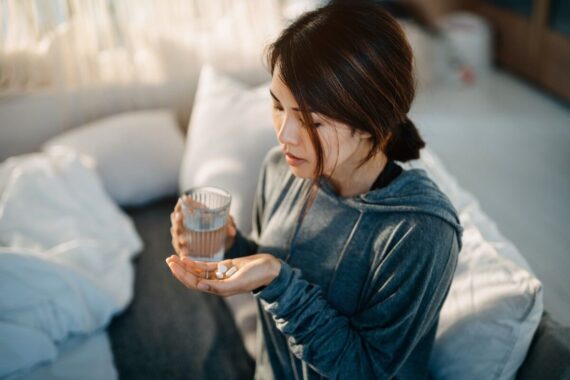 There has been a large increase in prescribing of anxiety medication in the past 10 years, say researchers who found a particularly notable rise in young adults.

The data also showed that women were twice as likely to be prescribed medication for anxiety than men although rising trends over time were the same for both, said the paper published in the BJGP.

After a period of declining or steady prescribing since 2003 there was marked increase between 2012 and 2018, the figures from GP records show, with the exception of benzodiazepines for which prescribing remained steady.

Increases were largely driven by antidepressants although use of beta-blockers, antipsychotics, and anticonvulsants also increased over time, the researchers reported in the British Journal of General Practice.

Yet for 18-34 year olds, prescriptions of any anxiolytic drug rose between 2013 and 2018 which included a marked increase in benzodiazepine prescribing.

The researchers from the University of Bristol said the findings may reflect better detection of anxiety, increasing severity of symptoms, and increasing acceptability of medication.

Yet some of the prescribing seems to go against current guidelines or not based on robust evidence including length of benzodiazepine prescriptions and use of beta blockers.

Study author Dr Charlotte Archer, senior research associate in primary care mental health, said: ‘The increase in new prescriptions was substantial in those aged 18-34, particularly in recent years, and this may also reflect an earlier unmet need for young adults.’

She added that more research was now needed to improve the understanding of why we are seeing this increase in prescribing, especially in young adults ‘and to provide interventions that can reduce the growing reliance on medication for this age group’.

RCGP chair Professor Martin Marshall said the research should not be a cause for alarm and is most likely to suggest that more people are seeking medical help for anxiety-related conditions, as well as improvement in the identification and diagnosis of them.

‘There may be a number of reasons why more women than men are being prescribed anti-anxiety medication, but one is likely to be that women are more comfortable seeking help for mental health conditions.

‘It shows there is still more that needs to be done to address stigma associated with poor mental health, particularly amongst men, and we’d encourage men who are struggling with their mental health to come forward and seek medical support.’

He noted that the study looked at prescribing rates pre-pandemic, and GPs across the country were reporting increasing presentations of mental health conditions, including anxiety.

‘What we do need to see to improve mental health care for patients is better access to alternative mental health treatments in the community across the country – and for staffing in general practice to be addressed, including increasing numbers of mental health therapists.’

100% . The maximum dose of sertraline is 200mg. The use of illicit drugs is also up. And corporate monetisation of illness. Western medicine is not capable of dealing with this crisis, it is a great plaster sticker alone. But, we’ll brush that one under the carpet.