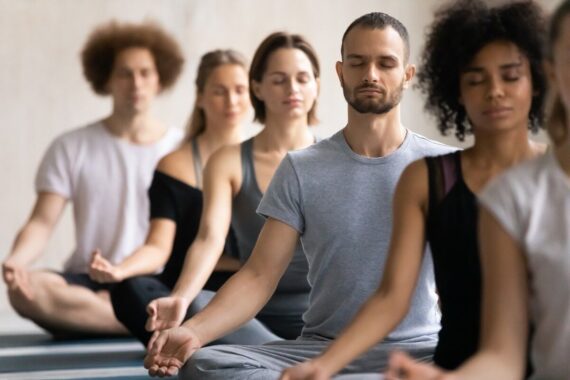 Final NICE guidance on depression advocates a wider choice of treatments and a move away from antidepressants in people whose condition is ‘less severe’.

It also contains stronger warnings on the risk of withdrawal symptoms with use of antidepressants and the need for careful tapering and monitoring when patients are stopping treatment.

GP should discuss the full range of treatments, taking into account patient preference and allowing time for conversations about what the patient hopes to gain from treatment and previous experiences, the guidelines state.

NICE also advises promoting continuity of care by ensuring the patient can see the same healthcare professional wherever possible.

The now final update to the 2009 guidelines has been in process since 2015 with multiple consultations after critics pointed to methodological flaws in previous versions of the document.

Treatment decisions should be shared with patients but GPs will also need to advise on waiting lists, the recommendations state.

The options for less severe depression – previously termed mild depression – in order of recommended use are:

People starting antidepressants should be warned about withdrawal symptoms and that this can sometimes last weeks or months.

In those who wish to stop taking their medication, doses should be slowly reduced at a pace dictated by patient need and choice, the guidelines state.

A coalition of 40 major mental health organisations, including Mind, the British Psychological Society, British Association for Counselling and Psychotherapy and the UK Council for Psychotherapy, had formed to raise objections to previous versions of the guidelines which as a result had been significantly delayed.

Concerns raised included that the guidelines failed to take into account patient experience of treatments.

Dr Felicitas Rost, former President of the Society for Psychotherapy Research UK who had led the coalition said the three consultations prior to the publication of the final guidelines had led to a shift away from medication in milder instances of depression, a greater number of different treatments being recommended, and a much-increased emphasis on the patient role in determining their course of treatment.

‘We welcome the enormous efforts made by NICE to engage with our coalition and the substantial additional work that has been carried out in response to our concerns. We now have a much-improved guideline with a far greater emphasis on personalised care, service user choice and shared decision-making, she said.

‘There are still, however, important methodological issues with this guideline that need to be addressed in the future, some of which are relevant to all mental health treatment guidelines.

‘We look forward to working with NICE to address these, to ensure that mental health care improves as demand continues to rise,’ she added.

Sir Norman Lamb, former health minister, who led the parliamentary support for the coalition, said: ‘I am pleased to see a depression guideline that puts emphasis on personalised care, providing a genuine choice of treatments, and encourages clinicians to think more carefully before prescribing medication.’

But he said alongside the renewed focus on patient choice must come investment in the mental health workforce.

‘The Government needs to ensure that there are practitioners available to meet both the increased choice of treatments and rising demand for support.’

Antidepressants not ‘dependence-forming’ but cause withdrawal, determines NICE guideline

What a joke; in our area the waiting time for IAPT services is minimum 12 months, we have nothing else to offer other than social prescribers. When is NICE going to produce guidelines that are actually rooted in the reality of what is available?

The whole world is apparently depressed – let’s all get over it – no black hole really cares. It is called the black hole hypothesis. ADHD is a new money maker (a fictional label justified from across the ocean where stimulants seed into the water works and now into the UK), as is the mind-numbing grind of anxiety chitter chatter (which they carefully seeded on us all). The whole world is being programmed for inattention – an orchestrated creation and plan – so that they siphon off the infrastructure and create your dreary future world while they scroll feeds and upload “content” or “discontent” – the big corporations hugging Governments worldwide) and the D word – death is a certainty – it is called mortality, let’s start talking about it – and how the institutes including the Government are well and truly on the side of disease, your mind control, big pharma, profiteering and winding you up. Anxiety pays the bills of corporations.
But let us play this comedy game.
Well yes – some would prefer a holiday to Lanzarote or Malaga as their desired treatment. Or brunch.
Perhaps they could board the plane to Rwanda to smell the fresh air of life, it would be cost effective, and perhaps discuss a full working week with their boss and negotiate productive amended duties in case of an IBS flare and panic attack after splitting up with the new partner, you know, leaving work before Friday 3pm to get a yoga class in for that social media post and then meet the groupies for the prosecco and a sertraline dose comparison and refil, prior to the uti or tired all the time call on Monday (same day), to merely amuse yourself with a blood test which is normal and a self-referral to talking somethings about how empty life is, how one should reduce the cannabis and cocaine banter, and because inward travel is not an option because that’s too tiring and because that needs work and waking up. Sleep walking and nannying is better. The matrix is good at that.