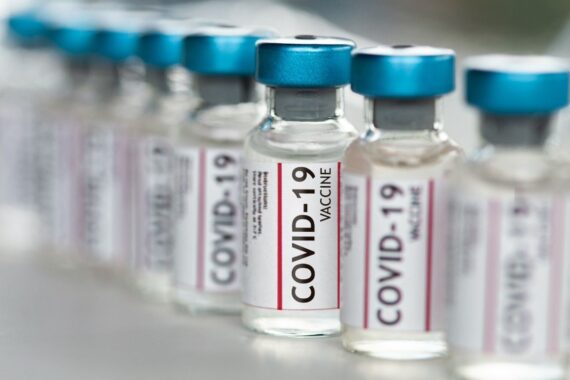 Around half of those invited to take up spring Covid boosters have accepted the offer and received a jab, NHS England has revealed.

The Government announced in February that over-75s, care home residents and over-12s who are immunosuppressed will receive an additional Covid booster jab from spring, following new JCVI advice.

Last week, NHS England announced that ‘over one million people’ had so far received a spring booster since the rollout began last month.

It said that 1,023,750 spring boosters had been delivered in ‘just over two weeks’, describing the programme as ‘the biggest and fastest vaccination drive in NHS history’.

But it also revealed that ‘around two million’ invitations had been sent so far, meaning only around half of those invited had so far been jabbed.

And it said it was ‘urging the most vulnerable patients to book in for their spring boost without delay when they receive their invite’.

NHS England primary care medical director and deputy lead for the NHS Covid vaccination programme Dr Nikki Kanani said: ‘As infections continue to rise, it is vital that those who are most vulnerable act on their invite as soon as possible, with over half a million more due to land on doorsteps next week.’

NHS England added that ‘more than half a million (570,000) more people’ would be invited this week. Around five million people are eligible in total.

It comes amid calls for Covid restrictions to be reintroduced, with the BMA saying that vaccination uptake rates are ‘nowhere near as high’ as they should be.

In a statement published this week, the BMA said the Government is ‘burying its head in the sand’ to avoid facing the reality of the ongoing Covid pandemic.

It said: ‘Unless the Government puts in place measures to bring down infection rates, pressures on the NHS will escalate further, staff absence rates will continue to rise and millions of patients – already suffering waits of up to more than two years – will wait even longer.’

BMA council chair Dr Chaand Nagpaul said: ‘It is clear that the result of the Government’s “Living with Covid” strategy is failing to allow us to live with Covid.

‘The Government’s abandonment of free testing is thwarting our ability to control the spread of the virus, with even business leaders now urging the Government to rethink and reverse its decision to prevent further harm to both healthcare and the economy.’

He added: ‘Vaccinations have undoubtedly made a huge difference but the uptake of the third booster is nowhere near as high as it should be and lags behind the level of uptake for first and second doses.

‘Public messaging, encouraging people to get a jab, needs to continue, along with requiring simple protective measures, which have no impact on civil liberties – such as mask-wearing on public transport and in confined spaces – and ventilation and air filtration in public and work settings.’

‘Unless this Government acts now to bring down infection rates and address the staffing crisis with realistic proposals, the risk of harm to patients will only increase.’

A Pulse survey revealed last month that the majority of GPs in England think Covid restrictions were removed too soon.

Meanwhile, the Valneva Covid vaccine has today been given regulatory approval by the Medicines and Healthcare products Regulatory Agency (MHRA), making it the sixth Covid vaccine the regulator has authorised.

Second Covid antiviral rolled out to 17,500 more patients in England

Its a brilliant opportunity for investors in certain vaccine and antiviral manufacturers : – a semi-monopolised market, and a government who are actively forcing a nasty disease, and a desire for treatment and vaccination, upon a trapped population of 60 million!
It’s a win for everybody, except the population!