Second Covid antiviral rolled out to 17,500 more patients in England 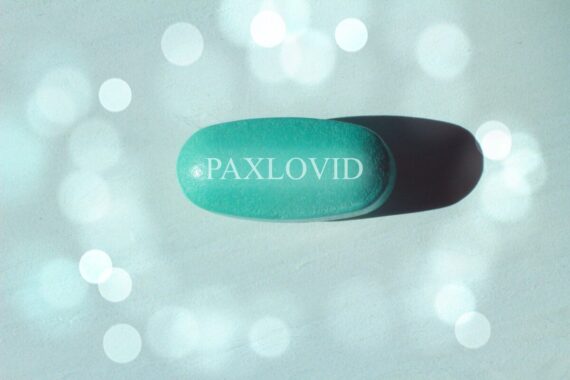 Thousands more patients in England will receive the second Covid antiviral through the PANORAMIC study, the Government has announced.

The Department of Health and Social Care (DHSC) today said that antiviral PF-07321332+ritonavir – known as Paxlovid – will be made accessible to 17,500 more people.

The drug has been given to 6,000 patients already, as it has been available since February to those ‘at highest risk’ from Covid who test positive, such as the immunocompromised, cancer patients or those with Down’s Syndrome.

But now it is being rolled out to those taking part in the national PANORAMIC study, which is open to those over 50 or aged 18 to 49 with an increased risk of severe Covid who test positive for the virus.

The study, run by the University of Oxford in collaboration with GP hubs, is the UK’s fastest-ever recruiting clinical trial of its type.

While the study is UK-wide, to begin with only those in England will be able to access Paxlovid.

The DHSC is ‘working with counterparts in the devolved administrations to develop plans’ on how it could be rolled out in all four nations ‘in due course’, it said.

It added that registration for the PANORAMIC study will be paused from the end of 12 April for Easter and will reopen online late on 18 April.

Health secretary Sajid Javid said: ‘The addition of Paxlovid to the ground-breaking PANORAMIC study is an important milestone and will help us understand who benefits most from these treatments.’

Chris Butler, from the University of Oxford and clinical trial lead, added: ‘It is early on in the illness, when people are still being cared for in the community, that treatments for Covid could have their greatest benefit.’

Paxlovid has been shown to reduce the relative risk of death or hospitalisation by 88% in clinical trials.

In January, NHS England said that GPs would be required to refer a ‘modest number’ of patients who could be eligible for antiviral treatments against Covid but may not be automatically alerted.

Patients who believe themselves to be eligible for the treatment were also asked to contact their GP or 111 for an ‘urgent’ referral if they were not contacted by the NHS within 24 hours of a positive PCR.

It followed GP calls for more details on how the new treatments would be deployed locally, amid scant information on when and where they would be able to refer patients.

As of December, vulnerable patients in the community have been able to access antivirals and monoclonal antibody treatments against Covid-19, with those eligible directed to local NHS Covid Medicines Delivery Units (CMDUs).

GPs have also been able to refer suitable patients for antiviral treatment via the PANORAMIC study.