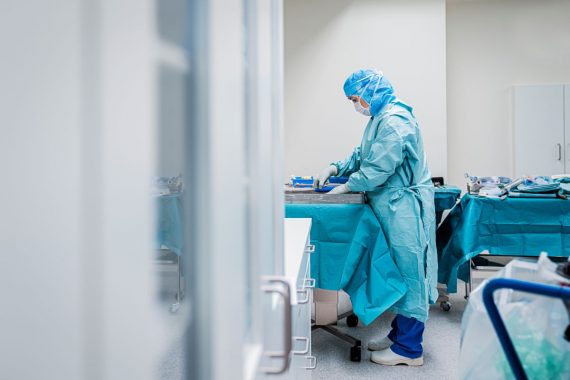 To analyse contracts and health outcomes related to changes made in the Health and Social Care Act 2012, the researchers created a database of procurement contracts worth £204.1 billion between 2013 and 2020 across 173 CCGs.

They then added rates of local mortality from causes that should be treatable by medical intervention as an indicator of the quality of healthcare services, they explained in The Lancet Public Health.

In all changes to outsourcing to for-profit providers since 2014 were associated with an additional 557 deaths across the CCGs looked at, they estimated.

Over the period there had been a consistent growth in private sector outsourcing, they said rising to 6% of total reported expenditure in 2020.

They concluded that the significantly increased rates of treatable mortality was potentially a result of decline in healthcare services.

While noting that the study cannot necessarily prove a causal relationship, concerns about the quality of care provided by for-profit companies ‘appear to be justified’, they wrote.

‘While the analysis is not able to identify a causal relationship, the results suggest that the privatisation of healthcare is corresponding with worse quality care.’

‘These findings are particularly timely as the NHS is currently going through a structural transformation, adding new evidence to suggest that for-profit provision of healthcare services may not be the best option for the new commissioning bodies.’

He added that the unique dataset had given the research team the ability to analyse, at a very granular level, hundreds of millions of pounds worth of expenditures from NHS organisations.

‘At the turn of the decade, health campaigners were fearful that the 2012 Health and Social Care Act would increase the level of for-profit outsourcing, reducing the quality of care received by NHS patients. This study finds that their concerns may well have been justified.’

Co-author Dr Aaron Reeves, associate professor of evidence-based social intervention and policy evaluation added: ‘Troublingly, there has been very little improvement in life expectancy since 2010 and many have argued that austerity has contributed to this stagnation in population health.

‘Alongside this, we suggest that outsourcing to for-profit companies is another way that the reforms of the post-financial crisis era have affected NHS service quality and mortality rates.’

However, the following the Covid pandemic the NHS is again turning to private providers to help clear the care backlog.

Primary care is key to the success of Integrated Care Systems

This is not the greatest piece of research and causality is by no means proven, and the assumption that a generally worse performing system is somehow due to the outsourcing is not shown here.
https://www.tylervigen.com/spurious-correlations is a great site for spurious correlations, including the correlation between pool drowing rates and number of films Nicholas Cage is in for any given year.