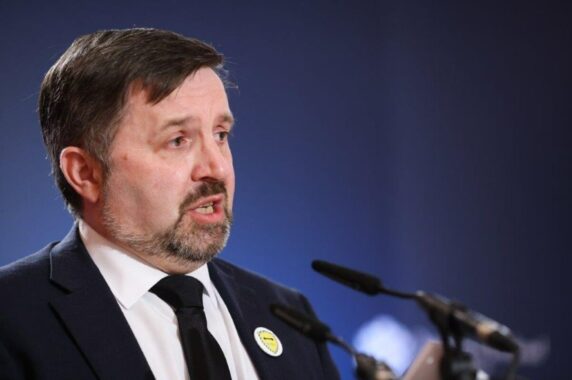 Ten more GP training places will be offered in Northern Ireland, taking the total to a record 121 for the 2022/23 academic year, health minister Robin Swann has confirmed.

Mr Swann said: ‘The working group has recommended an immediate increase of 10 additional GP training places as an interim measure.

‘Following careful consideration, I have accepted this recommendation, subject to the necessary approvals.’

He said that the supplementary places are an ‘important step towards stabilising our GP workforce and making sure it is sustainable for the future’.

He said: ‘Increasing our workforce is central to improving access to GP services as we currently do not have enough GPs to meet the needs of all our patients. Opening up the training programme to more junior doctors will help address some of those issues.’

He revealed the next three proposed GP federations for the programme are North Belfast, South West (Fermanagh & Omagh) and East Antrim, all of which he said are ‘hugely deserving’ of MDTs.

Mr Swann added: ‘There is further work to be done, not least on securing the budget necessary to progress the rollout at pace, however it means that GP federations and HSC trusts can now start to work in earnest with the MDT Programme team on plans for rollout in their areas.’

Dr Stout said the BMA NI ‘look[s] forward to seeing the full roll out of MDTs across Northern Ireland so everyone has equal access to and can benefit from their services’.

It comes as Mr Swann said in an exclusive interview with Pulse that the ‘narrative’ around general practice being closed is placing an ‘unfair’ strain on GPs in Northern Ireland and the rest of the UK.

The BMA had called for a drastic expansion in medical school places, which it did not get.

Recent UCAS data showed that applications to medical schools in England have significantly increased between 2018 and 2021, including those which have a focus on general practice.

No extra funding for general practice in spring budget