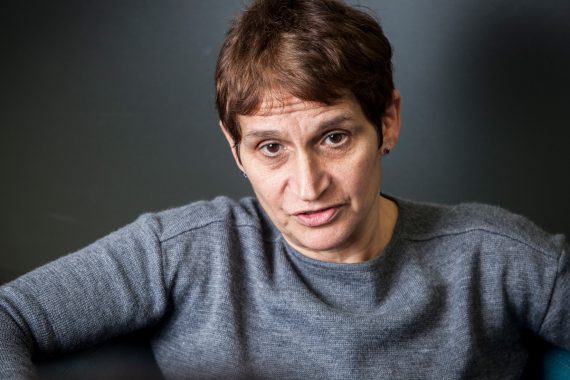 NHS England must not ‘leave it to GPs’ to correct anti-GP misinformation but should set up a ‘rapid response unit’, former RCGP chair Professor Dame Clare Gerada has said.

And GP wellbeing must be a ‘priority’ going forward, with GPs making up almost 60% of new registrations to mental health service NHS Practitioner Health, she added.

It comes as NHS England’s medical director for primary care Dr Nikki Kanani earlier in the month said that NHS England ‘can and will do more’ to explain to the public that GP practices are open.

Professor Gerada, who is NHS Practitioner Health medical director and co-chair of the NHS Assembly, was speaking at a Westminster Health Forum virtual conference on the priorities for general practice in England at the start of November.

She told delegates that NHS England must have a communications strategy to challenge abuse towards GPs and ‘misinformation that we are not open for business’.

Professor Gerada said: ‘My profession is now really very angry and it’s for the rest of the health system to be supporting us. It’s no longer enough to expect the RCGP or myself and other GPs to challenge these [assumptions].

‘The whole system has to challenge them from the Academy of medical royal colleges right through to NHS England and I think there’s a priority to set up a rapid response unit and a comms strategy and not just leave it to us.’

‘The NHS has to explain more about the work that GPs do – general practice has never shut. In fact, it’s busier than ever. We have not let our patients down.’

NHS England must also ‘put in place systems’ that stop GPs becoming ‘overwhelmed’ and ‘getting the blame’ for delays in the system, such as when facing referrals bounced back by hospitals, she said.

Professor Gerada, who is also a South London GP, added that investment in the GP workforce and its wellbeing must be a key priority for the NHS, including occupational support for practice teams.

She said: ‘We have to ensure that GPs have a decent contract that doesn’t just rely on sacrifice – something that acknowledges the workload and the intensity and supports GPs to do the work they want to do for their patients without becoming burnt out or mentally ill.’

NHS Practitioner Health has seen an ‘enormous increase’ in the number of doctors seeking help during the pandemic, with new registrations approaching double pre-pandemic levels and GPs ‘by far’ the most represented group, Professor Gerada told delegates.

She said: ‘We’re seeing between 100 and 120 new registrations per week of doctors and dentists with anxiety, depression and symptoms indistinguishable from PTSD.

‘It probably comes as no surprise that the biggest group presenting to us by far are general practitioners.’

While at the start of the pandemic around 40% of all new registrations were GPs, numbers are now ‘touching 60%’, she added.

Professor Gerada said: ‘For GPs it’s more than [Covid], it’s the fact that we’re working extremely hard yet despite the clapping at the start of the pandemic, now we’re far more likely to be abused.’

General practice ‘has been left alone’ and big hospital trusts should take responsibility beyond their own staff and support local GPs as well, she added.

Meanwhile, Professor Gerada also used her speech to call for the expansion of primary care networks to be another priority, saying that in future patients could be registered with their network rather than an individual practice.

It comes as the Medical Protection Society (MPS) has revealed that one in three doctors have suffered abuse from patients during the pandemic, with patients lashing out at practices because they believed they were closed.

GPs have recently called for ‘more support’ from NHS England after a practice was attacked with anti-GP graffiti – an incident they linked to GP bashing in the mainstream media – although Dr Kanani joined the outpouring of support for the practice that was vandalised.

In September, NHS England landed itself in hot water with a ‘reminder’ to practices to offer face-to-face consultations despite the ongoing pandemic and its own ‘total triage’ advice.

An open letter from grassroots GPs highlighting the profession’s concern about ‘inaccurate and harmful’ media messages about access to care last month received over 400 signatures.

And Dr Kanani last week told GPs and their teams they are ‘valued and appreciated’, as new figures revealed a sharp increase in the number of GP consultations last month, a majority of which were face to face.

Professor Gerada, who earlier this year overcame coronavirus, was last month awarded a damehood in the Queen’s Birthday Honours.

Meanwhile, Professor Gerada also used her speech to call for the expansion of primary care networks to be another priority, saying that in future patients could be registered with their network rather than an individual practice.

“General Practice has never shut’. Please explain then how over 25million appointments haven’t taken place so far this year. It’s all well and good signing a petition about harmful media information but in my area it is completely true.

I would welcome an NHS England unit to counter such self-serving, dishonest claims as “the current GP partnership model is not fit for purpose”. Can’t wait for it to start.

Reply
Unsuitable or offensive? Report this comment
Hello My name is 1 December, 2020 9:13 am

Agree with Grundy, “patients could be registered at the network rather than the individual practice”. This is a race to the bottom- we can all see where PCNs are headed and they won’t do a joy to improve patient care, or staff morale. Dressing this up as a defence of GPs is disingenuous. Say a few nice things, then continue to make moves which will destroy the service, and hope we might not notice. We need to wake up and see what they’re doing with PCNs.

I have complete, unswerving faith in the chain of command.

I only we had a union to protect our interests, instead of the useless BMA.

Patients registered with primary care networks !! What about continuity of care which a wealth of evidence points to better care and outcomes for patients.

Let’s get rid of this continuity word. That is the wool they pulled over you. One rule for hospitals, and you take the “continuous” flack. It is easier to talk to one PCN than five practices with 20 senior Partners. Basically, NHSE silenced you in 3 letters, within a catastrophic pandemic. And 98% signed up. That is hilarious in itself. You do realise you’re intelligent professionals in high ranking, not goats or sheep? They instilled fear in you, slid the small print in a wodge of paper while you were scrambling a virus and hey ho April Fool came as planned. Be fearless and maybe stand on your feet, rather than have your legs cut by the inert NHSE “leaders” (who don’t even run a GP Practice). Opt out before the next one.