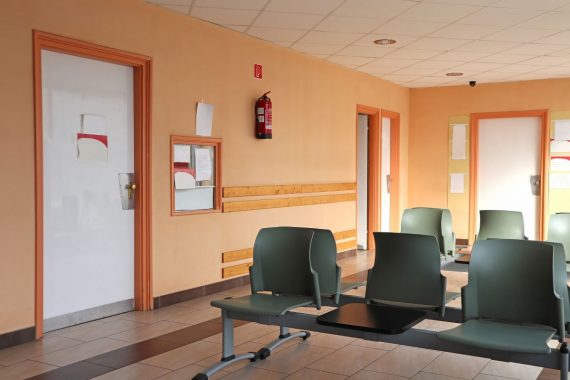 A GP surgery has been saved after a community campaign to keep it open resulted in a local resident buying the practice.

Askam Surgery, situated in the Cumbria civil parish of Askam-in-Furness, is due to reopen next month under new ownership.

It closed in June after the single-handed GP running it retired, but a local resident has since purchased the building, with a nearby practice offering to run the site.

Local commissioners decided to disperse the 1,500-patient list when the GP retired.

Duddon Valley Medical Practice – which operates out of Kirby-in-Furness and Broughton-in-Furness – offered to provide services from Askam Surgery on an interim basis as negotiations relating to the building ownership continued.

From February Duddon Valley Medical Practice will lease Askam Surgery’s building from the local resident who has bought the site, securing the future of the practice.

Dr Peter Higgins, chief executive of Lancashire and Cumbria Consortium of LMCs, told Pulse: ‘This was a great example of the LMC working with local people, the CCG and local practices to find an innovative solution.’

Over the course of last year, over 500 people supported the campaign led by the ‘Save our Surgery’ group.

The LMC worked with local MP Simon Fell and local residents to find a way to keep the site open.

At the end of last year, in an update on his website, Mr Fell said: ‘In May this year a group of parish, district and county councillors got together to try and drum up support to save the Askam GP practice following the retirement of Dr Jain.

‘The Save Our Surgery group was formed under my chairmanship. We gathered over 500 signatures and presented a petition to Parliament. We worked with the Lancashire and Cumbria Consortium of Local Medical Committees and the local community to find a solution, meeting weekly to keep momentum going.

‘We were determined to keep a fully functioning GP service in Askam. The need for a truly local GP was clear for us all to see.’

He added: ‘Thanks to the incredible efforts of the team (and especially Harry Barker who bought the practice building for the community), I am very glad to announce that Duddon Valley Medical Practice will be operating from the existing surgery site from the end of February.’

NHS Morecambe Bay CCG told Pulse: ‘The CCG was approached by Duddon Valley Medical Practice to request a variation in their contract to include an additional site in Askam which was accepted.

‘As the premises from which Dr Jain [the single-handed GP who retired] worked was owned by him, a local resident purchased the building and Duddon Valley Medical Practice worked with the owner and the campaign group to lease the building from the new owner.’