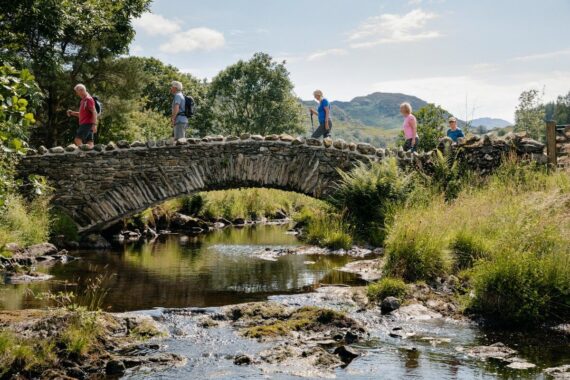 A GP practice in Cumbria has lost around £70,000 of its income from seeing up to 2,500 tourists not registered with the surgery, according to its local MP.

The local LMC said the practice had been ‘very viable’, but is now struggling.

Tim Farron, Liberal Democrat MP for Westmorland and Lonsdale, made the comments last month during a Public Bill committee debate in the House of Commons.

He said: ‘I spent part of the break between this morning’s sitting and this one on the phone to a local GP surgery in Cumbria that has lost something like £70,000 of its income in recent years.

He added: ‘The surgery gets not a penny for that.’

Mr Farron’s office told Pulse they could not give the name of the GP practice.

Mr Higgins said: ‘It was a very viable practice in the Southern lakes in South Cumbria, and it’s struggling at the moment, but we’re trying to find a way to keep it going.’

He told Pulse: ‘If you go away from that single practice, there were quite a few practices in rural areas that are all vulnerable. All it needs is one partner to leave and we’re struggling manpower wise and to fill vacancies.

‘So what we do need is a strategy for not just an individual practice, but across the whole patch as to how we’re going to continue to deliver primary care services there.’

He added: ‘We’re actively working on that with NHS England and the new ICB.’

A spokesperson for Lancashire and South Cumbria ICB told Pulse: ‘In terms of visitors to the Lake District, we are aware of the potential challenges for primary care during peak periods and the NHS does extensive promotion around NHS111 so patients get signposted to the correct service.’

BMA guidance on temporary visitors and tourists said: ‘Anyone, regardless of their country of residence, is entitled to receive NHS primary medical services at a GP practice.

‘This means tourists, or those from abroad visiting friends or family in England, should be treated in the same way as a UK resident.

‘It also means GP practices cannot charge for this.’

Patients raise more than £30,000 in donations to keep their local GP practice

I’m afraid I would just offer tourists appt in 10-14days time. No pay no super service
4 weeks for routine appt for me currently. Why should vistor jump such a queue especially as it is unprofitable activity. Can’t wait 10 days then A&E cos they’ll get paid £70.
Iassume this is the classic TR fees removed replaced with MPIG and now MPIG gone. So as far as I can see TR service effectively removed. Something in a contract with no fee attached is effectively not in the contract.

The requirement is for general practice to be provided to anyone in England. This requirement falls upon the commissioners and not individual practices. The regulations state that any practice can refuse registration of TR or Permanent residents for a reasonable purpose. Destabilising a practice, I suggest is reasonable. The practice should seek help from its LMC to formulate a policy which is compliant with the regulations to decline TRs. The article also misses that TRs are funded via global sum (there is a mechanism in the SFE to request recalculation if the number of TRS has gone up).

Another triumph for the free at the point of abuse NHS; provide a service and the Provider is financially punished; don’t provide the service and patients have no access to medical care. Envy of the World . . .

Grant is correct – cannot accept as is a risk to current patients and business continuity.
Easy to sort. Call 111 no appointments available. Go to A+E or a pharmacist.

BUT let’s be also clear – GPs in the cities of London, Liverpool, Bristol, Manchester, Birmingham and you name it, are currently nannying the children of the people in Cumbria, Devon and you name it – and running out of sertraline and outpatient slots like IAPT, GUM, MSK Gastro, Gynae – and you name it.

Just saying – cos no one else wants to. Everyone facing the same black hole.

I suspect the proportionate TR demand reciprocally between Cumbria and London is in no way matched. There are under 500,000 in the whole of Cumbrai and 10 million in London. That is why putting TR in the global sum doesn’t work for outliers in demand. GP’s in London have other problems with population turnover. I suspect in those areas you have more ghost patients but we all get top sliced 6% even though I am confident our ghost patient rate is less than 0.5%. Oh look London wins again and the regions lose out.
COI I’m in the Midlands.

if i understand the twitter link a paper today the new NHS acts/rules have actually removed the obligation for GP to see any person in their area. It is now the ICB who are responsible for commissioning the services for non registered people (but it was a complex paper a from Margaret Mcartney

sorry I quoted the wrong author above it was Allyson Pollock

One inevitable consequence of the shift in 2012 from area- to membership-based responsibility would have been that a CCG only had to commission emergency services for those on its GPs’ lists. This was prevented by a specific provision to ensure that a CCG arranged emergency services “for every person present in its area”.41 The new Act repeals that provision, giving ICBs and providers flexibility to decide where and to whom accident and emergency (A&E) services will be provided. It has already been reported that a patient has been turned away from an A&E department because of undisclosed “protocols”.42 By not requiring ICBs to commission emergency services for everyone in their area, Parliament is taking away the “right” of everyone to receive emergency services wherever they need them, regardless of which ICB they belong to.

Here is your solution:

And all the rest.
End of conversation. Less pub money, more health money.

BMA says GPs cannot charge anybody for treatment as a tourist or visitor – but what happened to the directive to charge tourists form countrie swith no reciprocal arrangements? We always used to charge a fee for ‘Americans’, because the contract said we had to, and I was not aware it had changed?