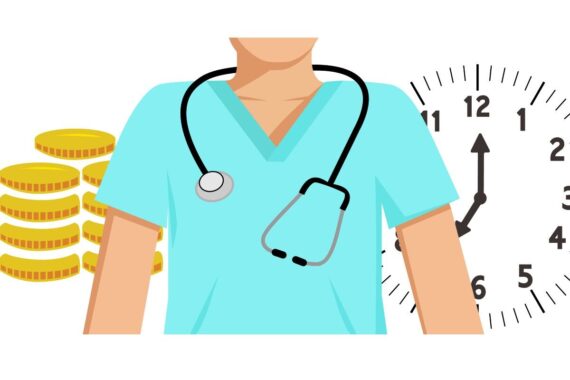 The BMA’s GP Committee has been given a mandate to explore GP industrial action in response to the ‘derisory’ pay award announced this week.

Pulse has learned that a motion was passed unanimously at yesterday’s GPC meeting giving the GPC England executive team ‘the mandate to immediately escalate discussions with BMA Council’.

This is with ‘a view to potential collective/industrial action on behalf of all GPs across England’ in rejection of the ‘derisory and divisive pay award for 2022/23 announced by the Government’, the motion said.

On Tuesday, the Government announced its recommendation for salaried GPs to receive a 4.5% pay rise, while practice staff could benefit from a pay rise of at least £1,400.

However, GP partners remain locked into the five-year agreement which gives them just a 2% year-on-year pay rise and there is currently no indication about an uplift to GP practice finances to cover these pay increases.

GPC England deputy chair Dr Richard Van Mellaerts warned that ‘practices will fold’ if they face their ‘rocketing’ expenses without support from the Government.

He said: ‘To put it bluntly, the 4.5% “pay rise” was nothing of the sort, amounting to the wages of hardworking staff being cut by more than 6% in real-terms.

‘Meanwhile, the Government has wilfully ignored the pay body’s recommendation to give GPs who run practices any extra funding, meaning they have no means to meet even this small uplift for staff nor to pay for rocketing practice expenses.’

He added: ‘With inflation pressures set to reach 11%, something has to give. Without understanding and support from Government, practices will fold and patients will have no access to the care that they need.

‘With spiralling costs, record demand and workforce shortages across the board, we know practices across the country are already struggling to provide safe care, and the Government has now actively chosen a path that compromises this further.’

Dr Van Mellaerts said that the ‘message is clear: enough is enough’.

The Review Body for Doctors’ and Dentists’ Remuneration (DDRB) said it would not be making a ‘formal recommendation’ for groups under multi-year deals (MYDs), such as GP partners, but it urged the Government to work with the BMA to ‘take action to address these issues’.

At the same time, UK inflation is running at a rate of nearly 10% – a situation which under a clause to multi-year GP contract could trigger a ‘balancing mechanism’, which would defund the Additional Roles Reimbursement Scheme in order to top up global sum.

However, Pulse understands that it is unlikely this mechanism will be triggered any time soon.

Pulse reported earlier today that the GPC was considering what action to take on GP practice funding in England following the announcement.

In a statement to Pulse, a BMA spokesperson said that ‘to offer partners nothing additional to afford to pay colleagues the recommended uplift, nor keep up with rising expenses, is unacceptable and places practices in a difficult position’.

Meanwhile, NHS England previously warned that it may need to make cuts to primary care funding if NHS staff are awarded a pay rise of above 3% and it is not given more money to pay for it.

That this committee rejects the derisory and divisive pay award for 2022/23 announced by the Government, and gives the GPCE Executive team the mandate to immediately escalate discussions with BMA Council with a view to potential collective/industrial action on behalf of all GPs across England

Explore. When you don’t get anywhere exploring, sometimes you stop and ask yourself if you’ve been given the right map, or the leaders taken you down the wrong garden path and then chucked the real map away.

Another false threat of industrial action. It never happened in last 4 decades and will not happen this time.

Remind who the BMA are again?

The time for action has well passed…..stop fannying around BMA and crack on…..or shall we wait, discuss….have more discussions….blow more hot air and ultimately let more GPs fall to their knees???? We are already falling and have been for some time now…..step up and ‘Nike’ BMA – JUST DO IT!!

The GPC historically have stuck to the false belief that its better to negotiate with the government of the day behind the scenes than openly confront a government with threat of industrial action/submitting signed resignations etc. The recipe of negotiating like gentlemen worked with the labour government of 2004 – but has failed completely with every Tory government since which in turn has led to the destruction of General Practice since. If something is worth preserving its worth fighting for – this is where the GPC has failed over last 20 years by not standing up to the government of the day. Nearly 10 years ago I attended one of the annual BMA GP representatives meetings in London where the GP representatives voted overwhelmingly to ballot members over strike action – and what happened zip – nothing. GPC in their infinite stupidity decided to do something completely different, whole of GPC should have resigned in shame. Shortly after that in 2015 I retired early at age of 57, fed up with more work for less pay which is what our GPC had managed to negotiate for GPs once more. Well done GPC you can take credit for getting General Practice to the situation where it is now. Demoralised, under paid and unpopular both with our patients and young doctors deciding their future careers. Home goal?

An Australian REGISTRAR in training receives £105-110K per year

Can you imagine the French “Generalistes” putting up with this “crotte de chien” ?

A credible plan that would allow GPs to earn a living outside the NHS, perhaps along the lines of Denplan, would be a plausible threat.
Anything else is hot air. The BMA needs to decide if it exists to “save the NHS” or serve the interests of it’s members.

Staff pay goes up and funding does not = we let staff go and deliver a poorer service for patients. The BMA just needs to find enough backbone to tell the public the way it is.

Exploring without a compass