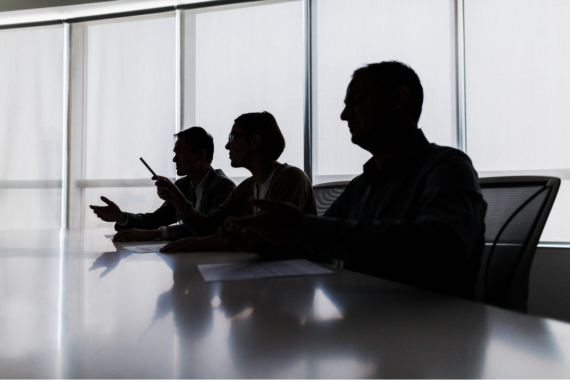 The BMA’s GP Committee is considering what action to take on GP practice funding in England following the announcement of a 4.5% increase for NHS staff and amid sky-high inflation.

The GPC met yesterday (Thursday 21 July), and a spokesperson told Pulse that the committee and the wider BMA ‘will be directed by members about the next courses of action’.

Earlier this week, the Government announced salaried GPs should receive a 4.5% pay uplift, but GP partners remain locked into the five-year agreement which gives them just a 2% year-on-year pay rise.

The Review Body for Doctors’ and Dentists’ Remuneration (DDRB) said it would not be making a ‘formal recommendation’ for groups under multi-year deals (MYDs), such as GP partners, but it urged the Government to work with the BMA to ‘take action to address these issues’.

At the same time, UK inflation is running at a rate of nearly 10% – a situation which under a clause to multi-year GP contract could trigger a ‘balancing mechanism’, which would defund the Additional Roles Reimbursement Scheme in order to top up global sum.

However, Pulse understands that it is unlikely this mechanism will be triggered any time soon (see box below).

In a statement to Pulse, a BMA spokesperson said that ‘to offer partners nothing additional to afford to pay colleagues the recommended uplift, nor keep up with rising expenses, is unacceptable and places practices in a difficult position’.

The spokesperson added that GPC England ‘and the wider BMA’ will ‘be considering in detail the implications of this week’s announcement, and will be directed by members as to the next courses of action’.

Meanwhile, the DDRB’s report said: ‘We strongly urge the Government to consider the unique economic and workforce context, the need to protect the relative pay position of staff on MYDs, and the issues of recruitment, retention and motivation… and work with the trade unions to take action to address these issues.’

The independent body stressed the ‘harm that may be caused to recruitment, retention and motivation by not acting’.

And it said that due to the ‘exceptional and unusual nature of the current year’, they ‘do not believe that the governments taking action would set the kind of precedent that DHSC told us about’.

Rather, a ‘lack of action would set a different precedent, that workforce groups under MYDs should not expect there to be an appropriate response to exceptional changes to the economic and wider context’.

Former GPC chair Dr Richard Vautrey told Pulse the Government must implement the recommendations of DDRB ‘fully’, including its ‘explicit’ view ‘that the Government needs to go beyond multi-year deals, and to take into account of the exceptional circumstances that we’re in a moment’.

‘The DDRB have signalled to the Government that they must do that and it’s now important that Government acts on that, rather than say we’re bound by multi-year deals for GPs and junior doctors,’ he said.

‘We are in a very different situation now. Nobody predicted a pandemic and a war in Ukraine at the time that we agreed the deal five years ago, and all the consequent inflationary pressures and expenses that follow from that. We are in completely different territory.’

He told Pulse: ‘You would hope BMA GPC England would try to renegotiate, since that’s their job. The problem is at the moment, there’s so much infighting in GPC, particularly with the executive versus LMCs, the rest of the BMA and everybody else, that they seem to have totally lost focus on what they should be doing, which actually is getting in right away and negotiating the proper uplift.’

She added: ‘In the face of rampant inflation, the decision to only give them a 4.5% increase this year – another real-terms pay cut – the gap between what salaried GPs should be paid and what they are being paid will widen even further.’

The BMA published a new ‘illustrative pay range’ for salaried GPs in England earlier this month, saying that the DDRB’s range puts salaried GPs ‘on the back foot in negotiations and misleads GP partners regarding the market rate for sessional doctors’.

The BMA said at the time that it hopes salaried GPs will be able to use it to ‘challenge the use of the DDRB pay range in salary negotiations’ and that it aims to ‘move from “illustrative” to “recommended”‘ in the ‘coming months’ to allow the BMA to ‘form a position based on unassailable evidence’.

It is is unclear whether the balancing mechanism negotiated in the five-year 2019/20 GP contract, which could protect practices and taxpayers against ’unexpectedly large increases in inflation or partner drawings’, will now kick in.

Its purpose was to – if required – ‘adjust between the practice level global sum and the network level Additional Roles Reimbursement Sum depending on levels of real-terms partner NHS earnings’ in the case of high inflation or deflation.

This would ‘enable global sum adjustment equally in either direction’ and should ‘provide confidence to the profession and taxpayers alike’, according to the contract.

However Dr Richard Vautrey, the chair of the GPC when the contract was negotiated, revealed to Pulse that the ‘actual process’ for the pay balancing mechanism was ‘always up for negotiation’ and never finalised, due to the breakdown of the most recent negotiations between BMA and NHS England.

He also explained that even if the mechanism was invoked, it would not have an immediate impact on practice income because it is ‘based on using published earnings figures’.

‘Because of the way that GP pay calculations are done, we only find out exactly what the average earnings are almost two years after that particular year,’ he said.

‘If there was a significant change from what was expected, as part of the agreement, that would then trigger a negotiation about whether or not to invoke the balancing mechanism. But it would be retrospective.

He explained: ‘For instance, for this financial year that we’re in at the moment, 2022/23, we won’t get the figures for average GP pay for another two years. So we won’t know exactly how not only inflation or the changes in expenses, and other factors related to GP practice income will play out and what the actual final outcome is.

‘But then, in two years’ time, if there had been a change, then that could then trigger a negotiation around that. But that would be two years away.’

Too much and not enough

Here’s an idea, take charge of our own destiny and cut out this nonsense, the current model is a busted flush either deliberately engineered or more likely cluelessly mismanaged. Whatever it is we need a plan B, one designed by ourselves rather than by politicians or money grabbing others! Not interested in industrial action, time to move on! Just my opinion, as one who has retired but helps out when I can!

agree 100% ! i’m 72, and living on capacity of one lung. like you, i’ve retired, and got no business to be working at all ! but i do it to help out colleagues – and if i no longer enjoy it, then i’ll stop doing it altogether.

come to locumland. set your own fees (if they are way out of kilter, nobody will want you), take holidays when you want, no nonsense off NHSE or that silly girl. no silly form filling or targets. no extended days. no nights or weekends, and no heavy lifting ! go to work – see patients, go home. get paid on time, and accurately, at the end of the month. if any surgeries take the piss, just don’t go there again (in 15 years, this hasn’t happened to me)
what’s not to like ?

the downside is that work may be a bit unpredictable – but at least YOU are in charge – not some faceless fool who doesn’t know one end of a spatula from the other !