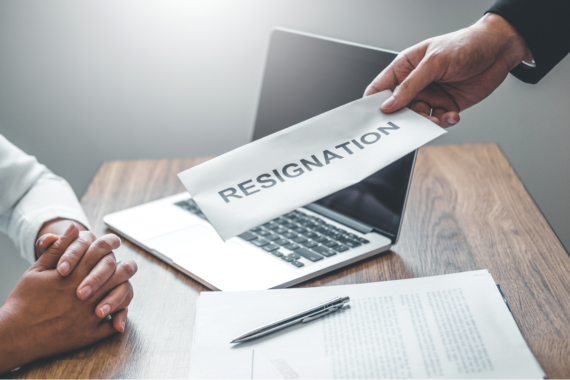 Exclusive A major Pulse survey has revealed the extent of the GP partnership crisis, with 40% of partners considering taking salaried roles.

The survey of more than 800 UK GPs conducted earlier this year also revealed that more than a quarter of partners had considered handing their contract back in the past 12 months.

The findings come amid an ongoing shift towards sessional work among GPs – with around half of the workforce now made up salaried and locum GPs. A move explained by some GPs and GP representatives as being related to chronic underfunding and unsustainable workloads.

Pulse’s survey also highlighted the potential that NHS could lose GPs to a growing range of online private providers, with nearly half willing to make such a move, at least part-time.

Hereford and Worcestershire GP Dr Kevin Hollier told Pulse he has ‘just stepped down as a partner after almost 20 years’ and is ‘continuing as a salaried GP at the same practice’.

He said: ‘I recognised that I was feeling increasingly burnt out in my role as a partner and therefore felt it necessary to make this difficult decision in order to protect my own health and wellbeing [and] improve my work life balance and family life.

‘I do feel that there is still a strong role for the partnership model within a properly resourced and funded primary care with less bureaucracy and realistic expectations of what can be provided given the current workload and workforce constraints.’

And a salaried GP who also wished to remain anonymous said they ‘don’t know’ whether they would work for an online private GP provider but that their workload is ‘exhausting’.

‘[I] would hate to sell out but [the] NHS is so overwhelmed work is exhausting,’ they told Pulse.

However, Doncaster GP partner Dr David Coleman said he would not consider moving to a private online service because it ‘sounds like the worst of all worlds’.

Dr Coleman, who recently had to work remotely for an extended period following an injury, said: ‘The things I enjoy about work are the practice team, seeing colleagues, continuity, building a practice and serving a community.

‘Online work sounds like hell to me. I’d only consider it if the landscape changed or if I decided to leave the country.’

He added: ‘Obviously I speak for myself in my current situation; I fully appreciate that the flexibility of such an arrangement would be appealing to many.’

Chief executive of Lancashire and Cumbria consortium of LMCs Peter Higgins told Pulse that the survey ‘confirms the GP crisis and the extent to which all GPs, and particularly partners with their burden of responsibility, are now finding it difficult to continue’.

He said: ‘The Government do not appear to be listening and keep piling on the pressure. Unless they do something rapidly to relive the pressure there will be no general practice to prop up the NHS which will then fail in its entirety.’

And GP Survival chair Dr John Hughes added: ‘Committed and caring GPs are being driven from the job and I fear that the population will not realise just how much UK NHS GPs actually do until the profession is gone.

‘Sadly these results are confirmation of what we have already been saying repeatedly: GP is in crisis and the prolonged hostile media campaign of denigration plus lack of support from NHS England are exacerbating an already difficult situation.’

He said: ‘The GP partnership model has long been central to NHS general practice. It allows GPs and their teams to innovate in the best interests of their patients and is good value for money for the NHS.

‘Being a GP partner can be a satisfying career, but it is tough – as well as the intense workload and workforce pressures that are facing all GPs across the country, GP partners have responsibility for the effective running of their practices and they do this because they know it adds value to the care of their patients.’

He said: ‘The root of the pressures facing the general practice service, and the impact this is having on the care we’re able to provide for patients, is historic underfunding and poor workforce planning.

‘We need more GPs, regardless of the career path they choose, but we need to make sure partnership continues to be a sustainable career choice.’

A high-profile review into the GP partnership model in England, which concluded in January 2019, had said different legal structures must be made available to partners holding GMS and PMS contracts to mitigate the risk of unlimited liability that partners face.

In the same year, NHS England also floated the possibility of ‘relieving GPs’ of the worry of premises liabilities and instead bear most of the estate costs itself.

But earlier this year, it was instead reported that health secretary Sajid Javid was looking to roll out the ‘Wolverhampton model’ – which sees GP practices taken over and run by a hospital trust – across England.

In March, a report by think tank Policy Exchange and backed by the health secretary recommended that the GMS contract be phased out by 2030 and most GPs be contracted by scaled providers such as hospital trusts. In a foreword to the report, Mr Javid said that it ‘offers some credible ideas and insights’.

At the UK LMC conference last week, sessional GP leaders revealed that they have applied to split from the BMA’s wider GP Committee as they feel they are not well represented.

Pulse’s survey also revealed that over a third of GP practices have been forced to stop routine care in the past year due to unprecedented patient demand and staff shortages across general practice.

WHAT OTHER JOB IS THERE AN INVERSE RELATIONSHIP BETWEEN PAY AND RESPONSIBILITY???

Reply
Unsuitable or offensive? Report this comment
The Prime Minister 20 May, 2022 11:31 am

OH AND I FORGOT….THE DOWNSIDE….THE TOTAL COLLAPSE OF GENERAL PRACTICE…….

Reply
Unsuitable or offensive? Report this comment
The Prime Minister 20 May, 2022 11:49 am

LOOK OUT FOR THE DAILY B’STARD, THE CRIMINALLY INSANE “ATTACK DOG” OF THE GOVERNMENT, RESPONDING TO THIS “NOW GPs DEMAND TO BE SALARIED”…..WITH VARIOUS FABRICATIONS AND CRIMINALLY INACCURATE REPORTS FUELLED BY HAVING MORE POWER THAN PUTIN’S PRESS DO IN RUSSIA…..WELL DAILY B’STARD….I CANNOT CONTROL MARKET FORCES…NOBODY CAN…..YOUR “SPECIAL OPERATION” AGAINST GPs HAS FINALLY BACKFIRED……

I (partner) earn a higher hourly rate than both my salaried doctors and locums. I do agree that many practices partners earn less than locums – but I would find being a locum dull and boring.

Reply
Unsuitable or offensive? Report this comment
The Prime Minister 20 May, 2022 12:17 pm

AGREED, SOME PARTNERS DO…..BUT FOR MOST IT IS SIMPLY NOT WORTH IT FINANCIALLY. WHAT WILL HAPPEN IS ONLY A FEW HIGH EARNING PRACTICES WILL SURVIVE…..

LET’S BRING DOWN THE PARTNERSHIP MODEL !

Has anyone surveyed the “first five”? They are amazingly well aligned to the “wise five” in terms of desire for partnership.
I love being a partner but realise the model as a whole needs updating and supporting. The country desperately needs us to see patients not be out discussing contracts and spreadsheets. For longevity our workforce needs some urgent self-care – this could be a fantastic opportunity to make the career more appealing and sustainable.

Reply
Unsuitable or offensive? Report this comment
The Prime Minister 20 May, 2022 3:41 pm

IF THE COUNTRY DESPERATELY NEEDS US THEN MAYBE IT SHOULD STOP SHITTING ON US…..?

Reply
Unsuitable or offensive? Report this comment
Turn out The Lights 20 May, 2022 5:50 pm

How many more GPs will they need 3-4 x as many,will be funny watching the revers midas touch wizards imploding the health service.Shame there wont be anyone to look after us or them in our old age.

Reply
Unsuitable or offensive? Report this comment
The Prime Minister 20 May, 2022 6:05 pm

Nah we need that crude thats what they were doing — avert your eyes!

no matter what you call it.

you can dress it up however you like………..we are still being shat on, and it feels exactly the same !

I am not going to add any more comment as I wrote too much today .
Salute to all you guys with highest respect 👍

Those who choose life as salaried protocol drones will have no grounds to complain about their miserable jobs.
Young ambitious types might want to look at Private Practice for a satisfying and rewarding career in the future; much of the misery inflicted on GPs comes from working for the NHS, and the disappearing GPs fiasco during Covid has helped persuade the public that the NHS may be neither sacred nor trusted.