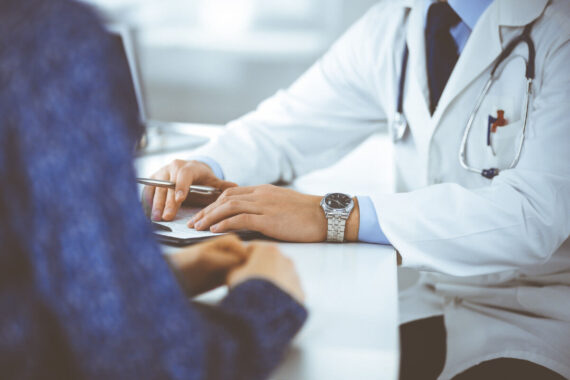 The ‘extreme positions’ adopted by NHS England and the BMA over the PCN DES has created a difficult atmosphere for collaborative working, PCN clinical directors have stated.

It comes after the BMA demanded that GP practices are offered another chance to opt out of the PCN DES if they cannot agree an enhanced access delivery plan with commissioners.

And this week (28 June) doctors attending the BMA’s Annual Representative Meeting (ARM) have voted in favour of GP practice withdrawal from PCNs by next year.

Practices in England were initially given until 30 April to opt out of the DES without breaching their contract as part of the annual opt-out window.

Those PCNs must now submit plans to commissioners by 31 July for the new enhanced access service – which requires them to offer appointments 9am-5pm on Saturdays and 6.30pm-8pm on weekdays – ahead of the service’s launch in October.

However, clinical directors have suggested that the stalemate has made it harder to carry out network duties and priorities.

Dr Bal Duper, clinical director for Oldham East PCN in outer Manchester, said: ‘I would have hoped there would have been a bit more of a constructive dialogue after we’ve been through Covid, with both parties understanding the pressures and the charges PCNs have got.’

He added that NHS England and the BMA are standing at ‘extreme positions’, with the former expecting PCN practices to deliver enhanced access by October, and the BMA urging them not to sign the contract.

‘That’s not really helpful for me as a PCN CD: I want my leaders and experts to help me navigate these areas,’ he said.

Pulse recently revealed that NHS England has confirmed a GP must be physically present at all times during these appointments, with potential implications work workload and work-life balance.

Previously, the GPC advised that a GP must be ‘available’, but not necessarily ‘physically’ present during enhanced access shifts offered by PCNs under the new DES.

Dr Seun Akande, director at West of Waverly PCN in Surrey, said: ‘I think this is reflection of the current situation in which we find ourselves because what’s led to most of this is the Enhanced Access DES.’

He said that a sizeable number of PCNs will still be trying to make sense of what delivering on enhanced access come 1 October will mean for how they work.

Dr Akande said: ‘What is the demand? How do we manage it? In my PCN for instance, we had a meeting looking at the request of us in the contract, trying to make sense of it. I think it is understandable to ask for an extension of that period just to give PCNs enough time to actually understand what is being asked of them.’

Meanwhile, Dr Farzana Hussain, a GP in Newham and former director at Newham Central 1 PCN in East London, highlighted that the contract is still ongoing.

‘It is not particularly helpful to anybody at the moment because we are at the end of year three, beginning year four of a five year contract,’ she said.

‘So whatever stance you take on it, we’ve got another two years. It’s not that helpful whether you’re a GP contract holder, whether you’re a clinical director, whether you’re in a PCN or in a federation, to just say, well, let’s just step out. There is a lot of funding coming through this rather than into the GP contract, which was actually negotiated by the BMA.’

Earlier this month, clinical directors discussed with Pulse PCN how enhanced access would impact their PCN and how they planned to deliver on the service.

PHM is ‘golden thread’ between primary care and ICBs

Have you polled GPs and polled PCN directors. Anecdotal comments form PCN directors is not indicative of even PCN directors overall never mind GPs overall. Those of us who have to deliver this BS. Try giving us some evidence based politics to match our evidence based medicine. Responsible reporting please. No more anecdotal crap. I’m over it.