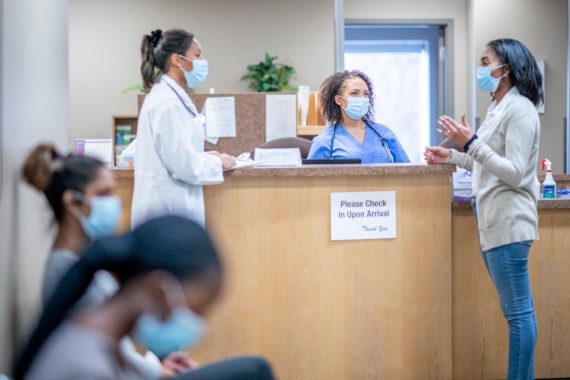 NHS England yesterday announced the 2022/23 update to the GP contract, which was met with dismay across the profession.

The stand-out line of the imposed GP contract changes was that PCNs in England would need to offer routine services between 9am and 5pm on Saturdays from October as part of a new access offer within the network DES.

The BMA has declined to provide any clarifications, saying that all queries about the contract should be directed to NHS England. But NHS England has also refused to respond to any of Pulse’s queries.

So, what do we know so far?

In the letter sent to practices yesterday, NHS England confirmed that the new ‘enhanced’ access offer will bring together the current £1.44 per head Network Contract DES extended hours funding and the current £6 per head CCG-commissioned extended access services into the PCN DES.

While the work for the CCG service will be brought into the PCN DES, NHS England’s letter is vague about whether the money that backed it will also be moved into DES.

The £1.44 is already part of the PCN DES, so if the £6 is brought in, PCNs would receive a total of £7.44 per head for delivering the service. If not, this would mean a significant drop in funding – perhaps meaning practices would be offering the service at a loss.

At the same time, the requirements have become more onerous. NHS England has said that PCNs will need to provide a ‘minimum of 60 minutes of appointments per 1,000 PCN adjusted patients per week’. Until now, the Network DES – like the extended hours DES before it – specified 30 minutes per 1,000 patients. It added that this new offer is ‘based on PCNs providing bookable appointments outside core hours within the Enhanced Access period of 6.30pm-8pm weekday evenings and 9am-5pm on Saturdays’.

But it’s unclear whether the service needs to cover the whole time period, or whether the contractual extra hours can be offered at any time during the ‘Enhanced Access period’ – ie 6.30pm-8pm on weekdays and 9am-5pm on Saturdays, referred to by NHS England as the ‘network standard hours’.

PCNs can also provide a ‘proportion’ of the required Enhanced Access minutes outside of these ‘network standard hours’ if this has been agreed with the commissioner – where it is ‘evidenced by the PCN that such appointments would better meet the needs of the PCN’s patients’.

NHS England said this could be through the provision of a morning clinic between 7am and 8am, or ‘by exception’ a proportion of capacity could be used to ‘support management of demand during core hours where this is regularly high’.

This too is vague, and seems to allow GPs some flexibility in interpretation. It is unclear whether NHS England will be issuing guidance on how PCNs should decide which services to offer. And Pulse has sought to clarify whether there is indeed flexibility with this ‘range’ of services, or whether PCNs are in fact being asked to offer the full range of routine services during the Enhanced Access hours.

NHS England’s letter seems to suggest that all appointments offered as part of the service must be ‘bookable’ – both in advance or on the same day – but it is unclear what is meant by this.

Meanwhile, NHS England has stipulated that the service must include a ‘reasonable number’ of face-to-face appointments, without defining what this means in practice.

And the appointments must be delivered from premises that are ‘as a minimum equivalent to the number of sites within the PCN’s geographical area from which the CCG Extended Access Service was delivered’.

While the service must ‘[utilise] the full multi-disciplinary team, PCNs have been asked to ‘ensure GP cover’ during the network standard hours – ie 6.30pm-8pm on weekdays and 9am-5pm on Saturdays. This ‘GP cover’ must include ‘providing in-person face-to-face consultations, remote consultations, leadership, clinical oversight and supervision of the MDT. This seems to suggest a GP needs to be onsite at all times while the service is being offered.

What was the situation before?

Under the Network Contract DES extended hours service, PCNs are required to provide a minimum of 30 minutes per 1,000 registered patients per week. These appointments must be held outside of ‘core’ hours, which are 8am to 6.30pm for GMS practices, and are funded at £1.44 per head.

Under the CCG-commissioned extended access services, GP practices are required to provide a minimum of 30 minutes per 1,000 population backed by £6 per head. On weekdays, this includes pre-bookable and same-day appointments in the evenings (after 6:30pm) to provide an additional 1.5 hours a day. On weekends, this includes pre-bookable and same-day appointments on both Saturdays and Sundays to ‘meet local population needs’.

However, the CCG service was very variable due to differing levels of funding for the scheme across the country. While the scheme was funded at £6 per patient, this wasn’t spent in each site. And while it was originally suggested that the service would be offered form 8am-8pm seven days a week, there has been lots of variability on that too. What’s more, NHS England has been very vague in sharing the service specification publicly.

There was also less focus on routine services under previous schemes.

Delivery of the service is due to start from October 2022, but NHS England has said that ‘preparatory work’ will begin ‘from next month’. There is no detail so far on what is meant by this.

PCNs have been told to ‘work with their commissioner to produce and agree an Enhanced Access Plan‘ to ‘prepare for delivery’ of the service from 1 October. Plans must be submitted by 31 July with a ‘final iteration’ agreed by 31 August.

What we do know:

– Pulse is trying to help the profession more than NHSE, who are hiding away behind protracted, convoluted headed letters. But, thank you. Thank you again.
– Too many of you have opted in – and will soon be quartered.
– This is only the beginning – this will pave the way for the closure of walk-in centres (already happened) and access to urgent care/A+E (already happening) – they will come for your Sunday soon and increase the slots and permit 111 direct booking; then will then integrate all the patients across your vicinity to see any GP any time; and fragment care; because those encounters will be incomplete and will make you do work when you are tasked with administration. They will then remove your receptionist and need for a “list” and hire PCN receptionists, which the ICS hospitals will have access too.
– Large PCNs made up of their own branches are laughing – you know the ones: like Operose and the other supergiants: they will reduce their in hours capacity, move the salaried and locum, and shift the time slots to appease NHSE and get pocket money for that administrative task and your capacity is still the SAME – or worse.
– No one cares what you think – you signed up; and they’re coming for well overdue specifications and monies given.

May I please ask Pulse to stop trying to seek clarifications and tackling this issue in the way it has so far. The headlines have been scaremongering click bait and where NHSE write things vaguely that tends to be deliberate so they can look tough but actually allowing for ongoing local flexibilities. Your naïve seeking of clarification could cause us problems by creating hard lines. Stop.

dont be ridiculous – we need clarification – there is no comment on payment and extra costs for us for opening on saturdays and other options – and they have already told the public they can see the gp on saturday. what about visits? also are the blood and xray facilities available? also we are understaffed. if we hire more staff will we be able to pay the same rate?
or time and a half etc ? i am not going to work on saturdays – i would rather retire.

Reply
Unsuitable or offensive? Report this comment
Turn out The Lights 2 March, 2022 9:45 pm

Underfunded so won’t happen,won’t be doing it signed up or not.Take the contract off us and see if you can find someone who can do it .They and NHSE will fail.

Let us be clear.
Consultants are creaming private care, from NHS backlog in their own departments. And practicing private, even within the same hospital building, on a separate wing. Whilst you are cleaning the expanding gutter. That’s levelling up.

So yhey are offering a paltry sum to do extra work. This surely means that we have a choice that is a no brainer. 9-9 is a 13.3% increase in contracted hours. so at £155 per patient this is £20.61 per head not £7.44. So thanks for the offer but frankly at that amount you can keep your money.

Pressed return too soon.
Saturday is weekend so time and a half = £31.20 and even then with pension and tax problems unlikely to be worth it as nobody to staff it. So even at that the answer still feels like no.

This is not a million miles of what we provide already in our pcn. The vagueness is reassuring. I don’t think if taken to extreme then running a complete fully functioning primary care team within the hours specified is possible within the funding envelope available. Additionally in our location staffing is already a struggle for normal hours. In reality I imagine the vague terms used will allow for local pragmatic decisions on delivery balancing what is feasible with what is needed. Mostly likely it will end up being cut down clinics from a variety of health care works spread piece meal across the PCN at various times which overall in totality will roughly satisfy the PCN DES requirements.

Unfortunately Minto you miss the point. Of course we need clarification, just not through GP trade press representatives. This needs to done through the appropriate channels with challenge all along the way. The Care Homes component of the PCN DES was to be pushed out unfunded but ended up funded after the profession responded along with our CCG masters. It worked out fine here. Of course we already have extended access and extended hours that need to cover these hours under previous commissioning arrangements. The challenge here is that they have decided to demand a much higher volume of work – that’s where the focus of the struggle needs to be.

35 days to go.
Apparently I have taken 7.5 hours too much leave this year and owe it back.
Even though I’ve put in countless unpaid extra hours.
Nice try.
I hereby deliver a substantial 2 fingered salute to a desperate organisation and to 34 years of a fairly crap job.
I’ll post again after my final day, and thereafter on my retirement blog.
Ciao.