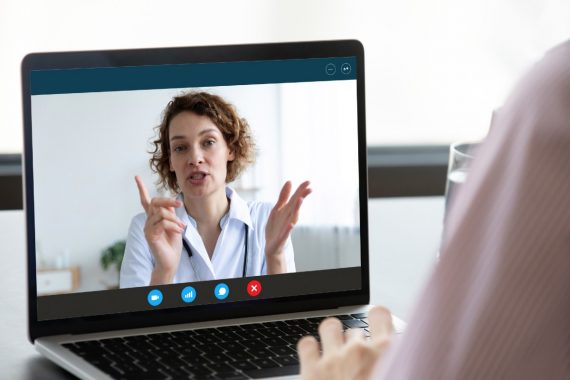 The survey, which asked GPs about how their working practices have changed during Covid, found almost half (48%) had experienced fewer missed appointments as a result of remote working.

Another 70% said the changes had increased convenience for patients, while 88% said working remotely was protecting staff by minimising the spread of infection.

However, GPs also highlighted the disadvantages of remote working, with almost three quarters (73%) reporting that it resulted in loss of contact with isolated or lonely patients.

More than two-thirds (71%) of survey respondents said new working practices had caused delays in referrals and increased waiting times for patients to be seen in secondary care, while 70% said they had experienced technical difficulties which hindered remote consultations.

This comes as a recent study published in the British Journal of General Practice warned there was an ‘urgent need’ for primary care to restore public trust in remote consultations, following an increase in negative media coverage about missed diagnoses and digital inequalities.

According to NHS Digital’s latest appointments data, 60% of GP appointments took place face-to-face in October, with 35% over the phone, and just 0.49% via video or online.

The survey also found 63% of GPs were concerned about facing a complaint or claim related to the pandemic, although 66% said they had not yet noticed a rise in such cases.

More than three-quarters (82%) of survey respondents said they would feel reassured if they could provide treatment during the pandemic ‘without the risk of being sued for negligence’.

Last month, the MDU reported that it was currently supporting doctors with more than 2,500 complaints and adverse incidents reported during the pandemic.

Dr Caroline Fryar, the MDU’s head of advisory services, said: ‘While all GPs are used to dealing with high pressure situations, making stressful decisions and managing seriously ill patients, the pandemic has magnified existing challenges and presented many new ones.’

She added that it was ‘becoming clear’ that working practices within the NHS have ‘irrevocably changed’ – with some positive and negative impacts.

‘Between March and November, the MDU opened over 2,500 complaint and adverse incident case files, which is extremely concerning as some of these have the potential to become clinical negligence claims and GMC investigations,’ she said.

‘Our role is to lessen the burden on members and we encourage them to get our support early on if they are aware of a potential complaint or adverse event.’