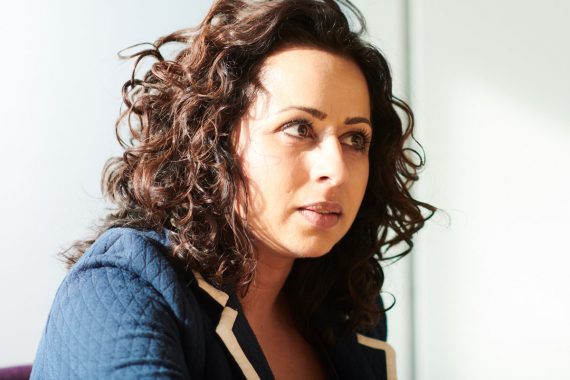 Discussions around whether general practice should move away from the partnership model and towards a fully salaried service have contributed to the low morale in general practice, NHS England’s director of primary care said today.

Speaking at the NHS Confederation Expo conference in Liverpool, Dr Nikki Kanani said that a salaried model ‘is not going to be the answer for us to do the things that we want to do’, adding that the partnership model is ‘here to stay’ and is ‘core to general practice’,

Currently, around 47% of the GP workforce in England is sessional and Dr Kanani added that ‘every now and again, [a salaried service] is floated’.

Earlier this year, a report in the Times said that health secretary Sajid Javid was considering ‘nationalising’ general practice and reported he was looking into having hospital trusts running more GP practices.

A report by the Policy Exchange think-tank – for which Mr Javid wrote a foreword – recommended phasing out the GMS contract by 2030, with the majority of GPs being employed by trusts.

Today, Dr Kanani was asked by journalist Andy Cowper: ‘In some policy quarters, there’s been support for GPs to move on to salaried status and move away from the independent contractor GMS classic contract. Do you think that has contributed to the current morale and situation of primary care?’

Dr Kanani said: ‘I think the conversation about whether partnership or salaried it is the right model has absolutely contributed to that morale.

‘I’m not speaking to anyone at the moment who thinks that partnership model is wrong.’

‘It needs to evolve, absolutely, but the salaried model is not going to be the answer for us to do the things that we want to do.’

Yesterday, Mr Javid told the audience: ‘I’m grateful to all primary care staff who make a difference to millions of people every single day, but I don’t think our current model of primary care is working.

‘That won’t be a surprise to you. You know, and I think patients know, and everyone working in primary care. We need a plan for change. We’re starting with pharmacy, but I will be setting out my plan shortly.’

Is this just an example of a government and privatisation stooge making every effort possible to stir up division within the profession and workforce in order to be able to continue to beat down on all GPs so that government can get away with absolutely anything in the face of lack of united opposition from GPs ?
They have already just about made non-functional the GPC-E.
GPs must resist these divisive attempts and remain united for the best interests of ALL GPs (of whom 47% or more salaried, with intentions from a further 20% looking into switching to it as reported above, it is almost a vast majority) and PATIENTS to ensure that any new salaried service is designed with GPs, and not just cheap labour and run by hospital trusts, who know very little about GP-land, and may give only poor service to patients.

I will think of an exit strategy if there is pressure for a salaried model. I chose general practice because of partnership model. Mamy of my colleagues will do the same. There is lots of private work around. We wont even locum. The whole system woul collapse.

Vertical integration – visible blatantly in America and NHSE Friends Operose (and promoted by NHSE) – plainly means get rid of GP Partners – and bring in the managers. And salarieds.
Let’s get to the point.
And be progressive and “innovative”. Or just play the cover-up. The motion has been set. GPs are the vilified thorns in the plan. It will be painful for all parties how this all goes. Be warned.

A major problem with the current partnership model is profit sharing.
In contrast, dentists have item of service payments, which link payment to activity; don’t see patients and you don’t earn money; see more patients, you earn more money.
GPs are incentivised to do less rather than more, both individually and as a Practice. See more patients and at best you work harder for the same money; because support staff cost money, doing more often financially penalises Practices.
It’s a dysfunctional arrangement.

The only good news is that most private companies trying to step into primary care have struggled to break even, let alone make a profit in most cases, and have often walked away from contracts they have held.

Only a very few have made money, and this is when they were awarded APMS contracts with vastly inflated payments per patient above and beyond what the standard GMS/PMS rates are paid at. Once the payments start to even out, the private companies usually cut and run.

Most of Operose’s practices are loss making and bailed out by the profitable parts of the business. Centene their US parent company is a multi billion pound venture and will soon realise the time and effort and capital they are wasting in the UK are better spent elsewhere. Hence will collapse the future model of care aspired to by Sajid Javid.

Dave Haddock the Dutch GP system is also item of service payment and free at point of care for patients. GP’s are rewarding for intensifying palliative care to reduce costs in the more expensive out of hours care. Which means it happens to a high standard. The more patients you see the more you earn. The British arrangement is dysfunctional as it does not remunerate for doing even more and working even harder. Whilst expecting you all the while to do even more. It makes no sense at all.