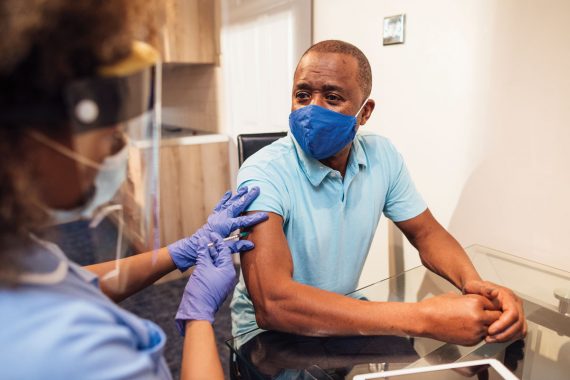 GPs saw more patients in March than in any other month since records began, data has revealed, with the BMA saying this validates GP warnings that they are busier than ever.

BMA GP committee chair Dr Richard Vautrey said the figure ‘backs up’ claims from GPs that they are ‘busier now than they have ever been’.

The number of contacts compares to 12.8 million in March last year, when NHS England first recommended the ‘total triage’ approach in response to the pandemic.

However it is also significantly higher than for March 2019, when GPs saw 13.6 million patients.

The data also revealed that GP practices saw practices in England delivered 4.8 million more appointments in March than they did in February this year.

It further revealed that in March:

Dr Vautrey said: ‘Today’s figures underline the immense efforts that practices are going to providing care to their communities and the intense workload pressures that staff are under as we continue to respond to the pandemic alongside patients’ wider health needs…

‘GPs and their teams are consistently telling us they’re busier now than they have ever been, and this data – which does not include a large proportion of the vaccine programme undertaken by practices, nor a vast amount of other daily tasks – backs this up.’

The news comes as Pulse’s recent workload survey revealed that GPs are working 11-hour days and as NHS England’s primary care director Dr Nikki Kanani acknowledged earlier in the month that general practice is ‘feeling really difficult at the moment’.

Seeing “your GP” is the most undervalued, cheap, on the whim, misused phrase. Like getting some milk, having a pint, or smoking a spliff. It’s too easy, too casual and becoming let’s all be honest a bit of a joke.
This isn’t medicine anymore, it’s time wasting garbage. Driving the workforce out, and youngsters into portfolio. The NHS built this medicalised health anxiety. And has ABSOLUTELY zero solution for it. Heard of that snowball effect phrase? The more you see, the more you’re forced to do and the more nothing is really ever wrong, and then they come back for more. Because it tasted so sweet, that feeling of being at a GP for the monthly “visit”. The sweetie shop, with the nice, caring shopkeeper, who keeps sweeping up the sweets the customers throw behind. Leave the door shut on your way out please. This is getting embaressing.

The BMA are committed to Free At The Point Of Abuse, whatever the consequences for their members.

The NHS currently has no long term FT career offer for a GP without avoiding as much patient contact as possible which is such a sad state of affairs.
All my friends in other jobs work full time in a sustainable way which is embarrassing to us as a profession.
The powers that be have no real desire to explore other models of employment as they know defining a manageable workload will collapse capacity and probably primary care.
Well done the LMCs for pushing this although the way the PCN DES negotiation question was stitched up by the BMA I await the outcome of this with interest.

Why include Covid19 vaccinations in figures – makes totals meaningless unless they recalculate previous years numbers to include anual flu jab clinics. In past uears phone calls and patient emails weren’t included so its all apples and pears? The proof of the pudding is have you tried to get through to your own GP to try and book an appointment? It is impossible – after waiting for 3/4 hour most automated GP call handling systems kick you out and you have to ring in again. If you don’t believe me just try. Or even better pretend you are a patient and try phoning into your own practice. As regards trying to get a face to face appointment how long do your patients have to wait to see you? Until we fix these fundamentals inflating consultation statistics does nobody any good.

“saw GP”; hahahaha, if only. Across the carpark? Through the window?