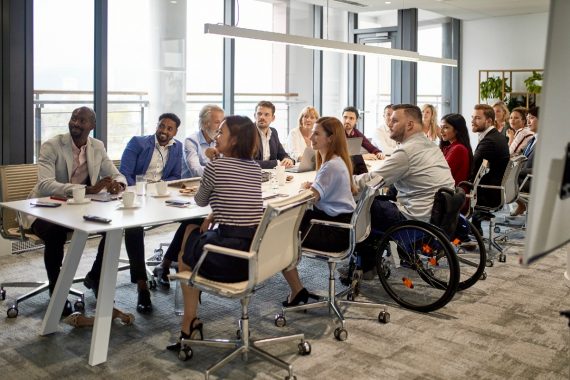 NHS England has said it is considering the deferral of the four new PCN service specifications that were due to start in October.

And the ‘main implementation focus’ of the PCN investment and impact fund (IIF) should be deferred a year, although NHS England must ‘honour the existing commitment’ of expanding the funding this year, it added.

In a letter seen by Pulse, NHS England also invited the BMA to return to formal meetings – which have been paused since May due to a row over suggestions that practices were closed.

The BMA welcomed NHS England’s ‘change in tone’ and said it was keen to ‘build on’ the progress so the organisations can ‘both reform [their] working relationship’.

It comes as a ‘constructive’ meeting between the BMA and NHS England’s new chief executive Amanda Pritchard last week failed to bring GPs back to negotiations.

The letter, sent yesterday, set out NHS England measures for ‘supporting general practice’ amid the ‘intense’ pressures on GPs and ‘very real workload challenges being experienced’.

It said: ‘As we plan for autumn and winter against this challenging backdrop, we have heard the call by GPC England for different phasing of new PCN service specifications.

‘In our meeting, we described how NHS England is looking again at whether certain of these can be deferred from this October until no later than April 2022, bearing in mind the renewed urgency of tackling healthcare inequalities for example in hypertension detection, working in tandem with our community pharmacy partners.’

It added that the ‘main implementation focus’ of the PCN IIF should be 2022/23 rather than 2021/22 so that PCNs have the ‘maximum possible time to prepare’ in light of ‘immediate pressures’.

However, NHS England ‘must also honour the existing commitment to expanding the 2021/22 fund up to the £150 million of promised available funding as a lead-in to the £225 million 2022/23 fund’, as well as ‘provide clarity’ on both this and next year’s IIF ‘as soon as possible’, it said.

Meanwhile, the letter said NHS England ‘stands ready to resume working’ with the BMA’s GP negotiators ‘as soon as [they] may be able’.

Writing to BMA GPC chair Dr Richard Vautrey, NHS England national director for primary care Ian Dodge said: ‘Amanda and I affirmed the value we place on our relationship and dialogue with you and GPC England.

‘We have shared objectives of supporting the sustainability of general practice and improving services and outcomes for patients. The primary care team here stands ready to resume working with you, including on PCN extended access arrangements, as soon as you may be able.’

Responding to the letter, Dr Vautrey said: ‘Following the constructive meeting with the newly appointed NHSE chief executive Amanda Pritchard last week, these are further welcome steps from NHS England, and suggests a change in tone, understanding and approach.

‘We are keen to build on this and turn this into positive action so we can both reform our working relationship and work together for the good of practices and our patients.’

It said: ‘Expanding workforce capacity in general practice is more vital than ever before, and we want to work with GPC England to achieve this.’

It added that the positive results of the NHS’s latest GP patient survey are an ‘objective testimony to the dedication and professionalism’ of practice teams.

NHS England said: ‘They reflect how well the majority of practices have been able to adapt and innovate during the pandemic, maintaining and improving access.

‘[And] they reinforce the need to hold onto what has worked better for professionals and patients alike as we continue to learn together about how best to combine different modes of online, telephone and face-to-face access.’

It also recognised that general practice is ‘working harder than at any other time in its history’, including providing more non-vaccine appointments than pre-pandemic while delivering the ‘lion’s share’ of Covid jabs.

A new report revealed this month that almost nine in 10 PCN leaders do not want any new network service specifications to be implemented this year.

Four extra PCN services – covering CVD diagnosis and prevention, tackling inequalities and the controversial personalised care and anticipatory care services – were due to be brought in as early as October.

But last month the BMA revealed it had met with health minister Jo Churchill, urging her to delay the four upcoming PCN services this autumn until April 2022 over workload concerns.

This will give us some helpful breathing space this winter but just kicks the can of what is essentially too much work for the system to cope with down the road.
Another year of embedding PCNs in the system making them harder to unravel if they fail-sneaky!
They should be left out until a target around GP increased numbers is reached at a minimum.

I am going to flip this upside down now. Those practices that opted out of the PCN in 2020, because they maybe read and anticipated a specification not fit for purpose, during a pandemic, have had zero access to ARRS and zero funding. Those practices that signed up, either out of fear or some heroic act to “work together” but actually were cornered and penned into Excel sheets and countless monitoring targets, had extra staff privileges and money in the pocket, and actually perhaps they should deliver what they signed up for? It was voluntary after all.

With you PD. We opted out due to the clearly undeliverable PCN service specs. To date, even some of last years specifications have not been delivered by our PCN. Those of you that signed up to deliver the PCN project had full sight of the contract, LMC warnings and you went ahead anyway. So deliver …

Reply
Unsuitable or offensive? Report this comment
Turn out The Lights 19 August, 2021 2:19 pm

Even in a PCN its a croc of s+++,too much work, impossible targets targets and extra bodies which seem to increase GP workload rather than reduce it.GP work than is not paid for an unvalued. We had full sight of the contract for about 24 hrs before it had to be signed( usual shoddy business practices for NHSE).A lot of GP are kicking the can down the road for a few months so that their 1995 pension can increase and they can leave the sinking ship.

Agree with PD. If you wanted this dross you can therefore have it.

Dear All,
Hoodwinked again. There is not a single word in the letter about investing in practices. Its all about PCNs, so its actually quite the opposite of supporting general practice and generl practices, its about continuing the starvation and differential funding policy that they re using to force practices to amalgamate.
Not enough for us to get around the table again.
Regards
Paul C